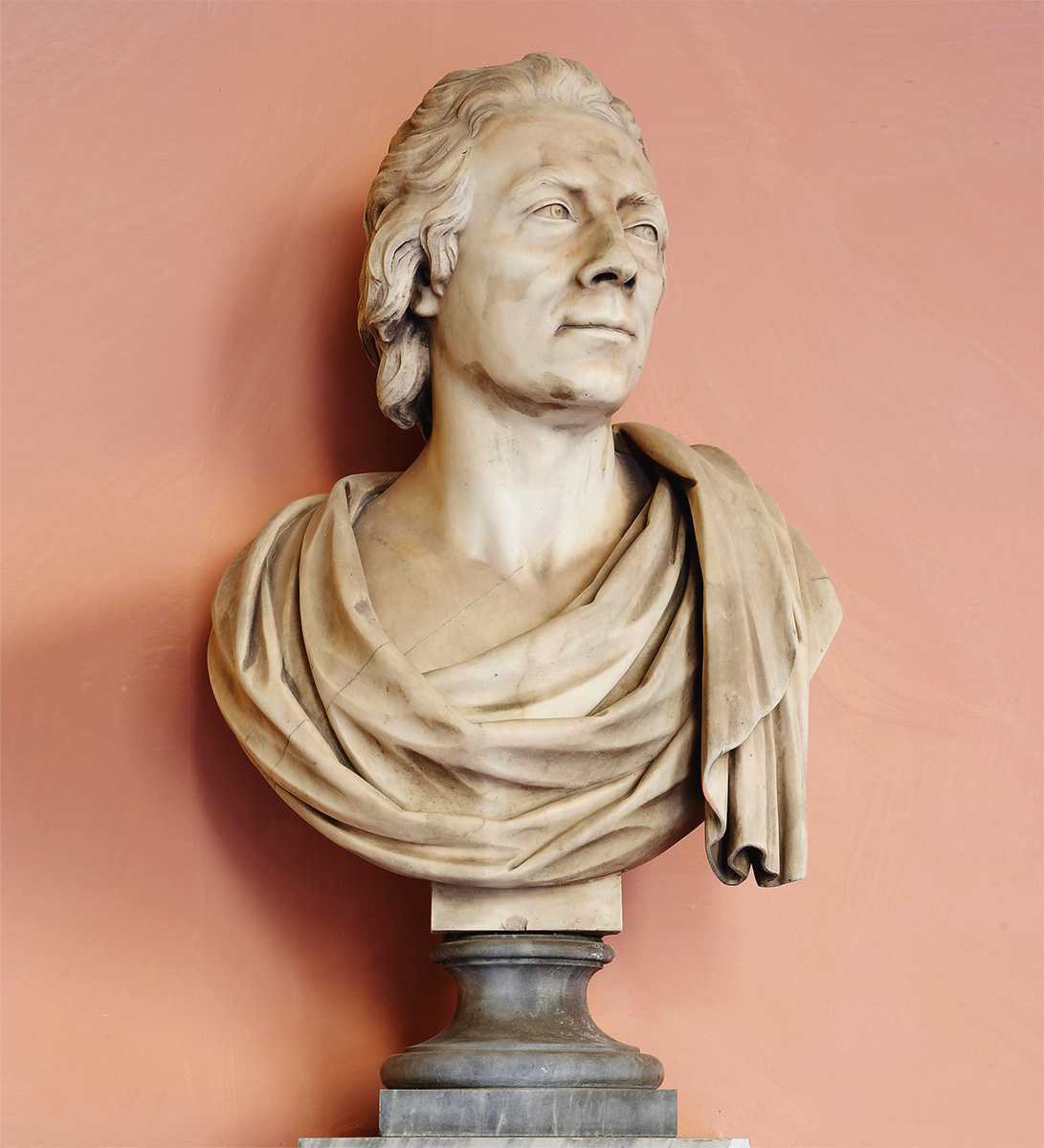 Enlightenment thinker Joseph Sonnenfels (1733-1817) was an advisor to several rulers. He held great influence over Maria Theresa and her son, Joseph II. The aristocratic social climber from a Jewish family was a pinnacle of the Enlightenment, modern but quick-tempered, moralising and a near-compulsive reformer of public administration, teaching and both standard and administrative German.

In 1763 he was given a newly-created professorship in police and cameralism (or state science) at Vienna University and was elected rector twice. The abolishment of torture in Austria in 1776 – a pioneering move in Europe – can be traced back to him. He was editor of “Der Mann ohne Vorurtheil” , one of the most important Enlightenment publications in Austria.

In 1781 he was assigned the Lehre des Geschäftsstils (or science of commercial style) by Emperor Joseph II, with the task of scrutinising the style in which all laws were written. Through this he made a long-lasting contribution to the intellectual shaping of Austrian bureaucracy. The publication “Über den Geschäftsstil” (“On Commercial Style”) appeared in 1784, when German became the administrative language for the entire Habsburg Monarchy and replaced Latin as the language of instruction at universities.

Sonnenfels supported Joseph II on the Patent of Tolerance, the dissolution of contemplative monasteries and the seizing of unproductive church assets to finance dealings now belonging to the State. The dissent of the Catholic Church was still felt in 1998 when they alone rejected the naming of the gate after Sonnenfels.