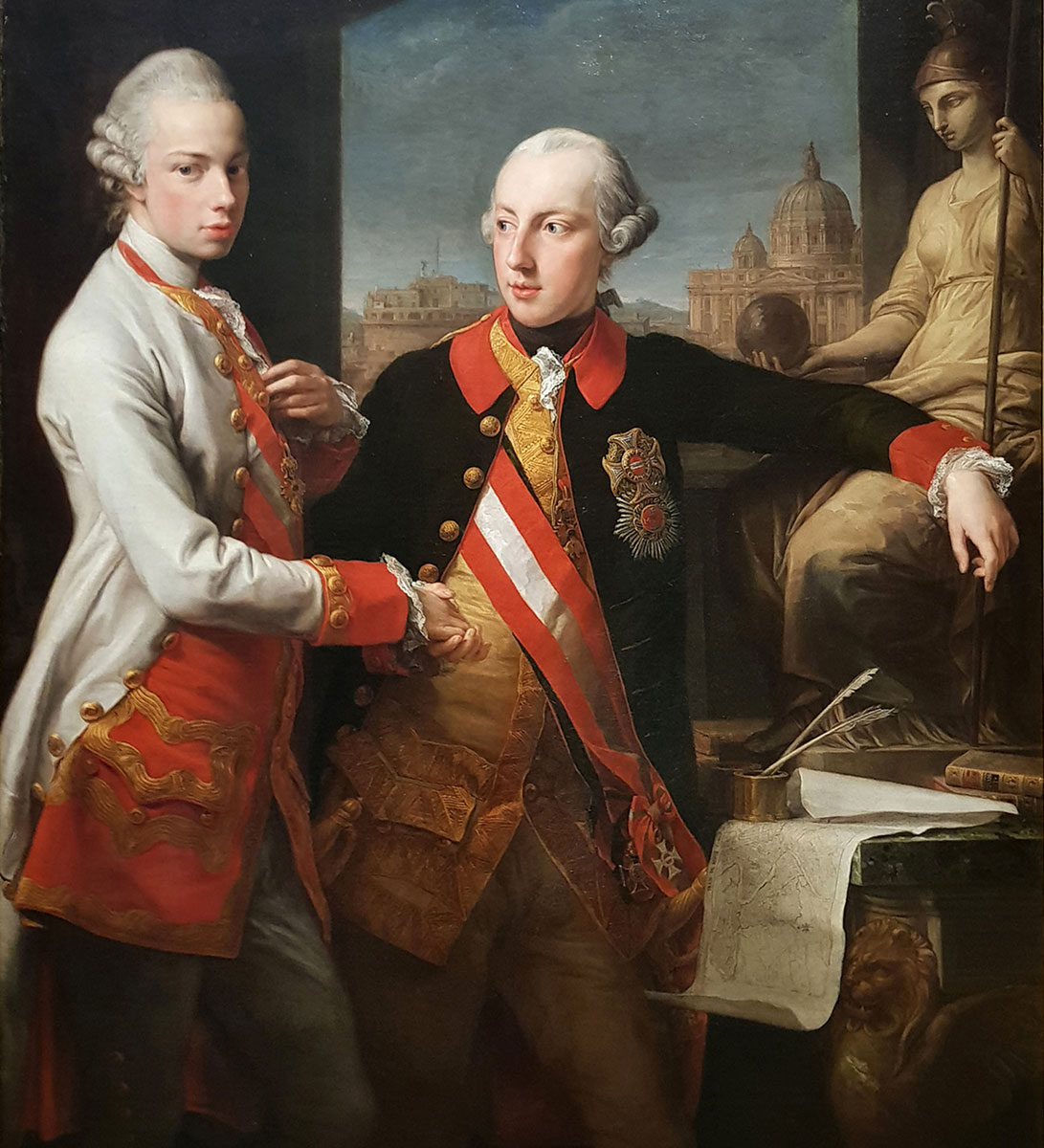 Emperor Joseph II (1741–1790) converted the main poorhouse into the General Hospital - and had the Fools’ Tower erected - in 1784. The double portrait shows him with his younger brother and heir, the later Emperor Leopold II (1747-1792). The painter, Pompeo Batoni (1708-1787), depicts both as rulers but also as young proponents of the Enlightenment and reformers. St. Peter’s Church is in the background and on the table, the city plans. Joseph II is leaning casually on the allegory of Rome, a real Emperor of the Holy Roman Empire, despite his simple uniform. But the books and quills on the table show him as reformer and legislator.