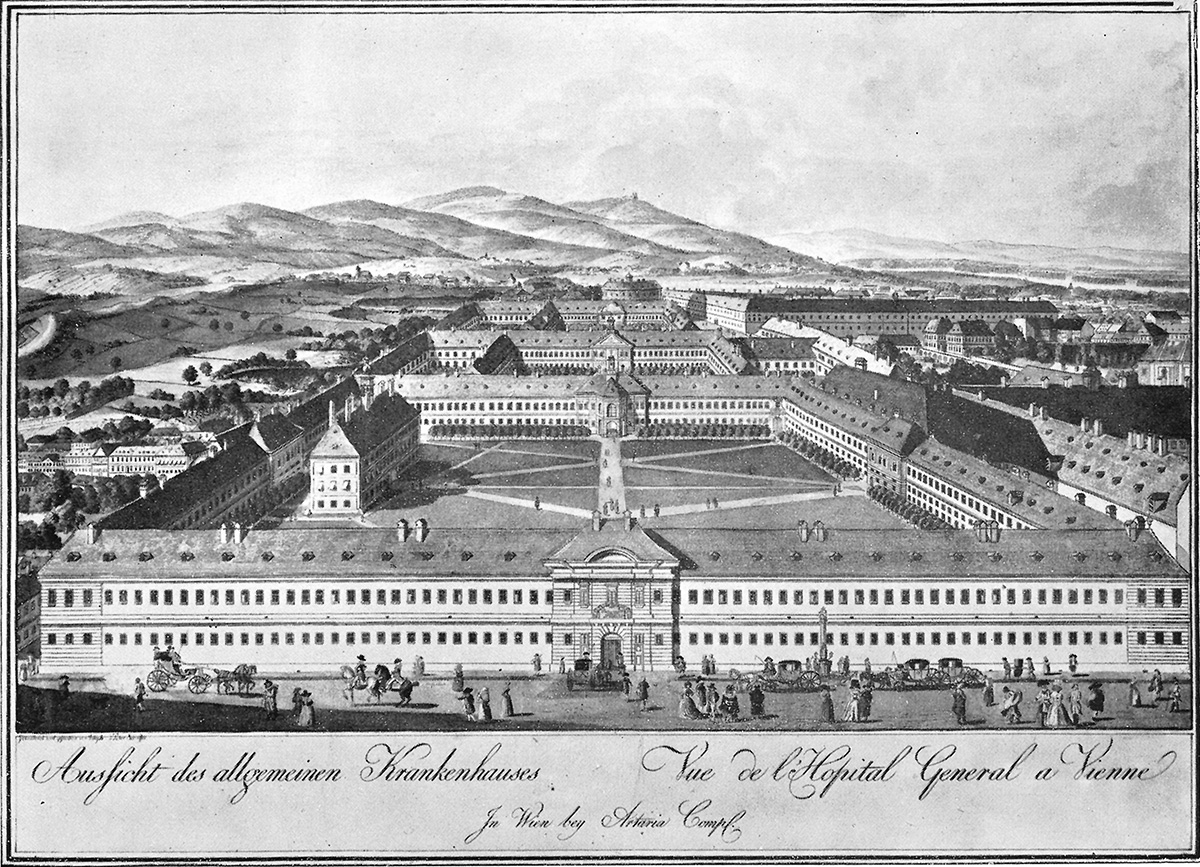 After the second Siege of Vienna by the Turks in 1684, the devastation of war left much of the area around the reinforced city centre bare and many disabled veterans in its wake. In his will, a rich government official, Dr. Johann Franckh, left behind the plot on Alser Straße for the purpose of building a military hospital. It took a decade for the money to be raised for construction. Under Emperor Leopold I a large poorhouse and home for veterans - the size of court 1 today - was under construction from 1693. When it was opened in 1697, 1,042 people were housed here. By 1724 there were already 1,740.

A further donation from Ferdinand Freiherr von Thavonat made possible several extension buildings: court 2 for spouses and widows (later known as Thavonathof), court 4 for the sick, court 5 for supplies and court 7 for craftsmen. From 1752 to 1774, further extension buildings were added: court 3 for students and court 6 for facility management. The residents had to wear a uniform and received copper chips instead of money, which would only be accepted by the poorhouse bakers and butchers and so on.

Due to an array of social ills, the social and healthcare sectors were fundamentally reformed under Emperor Joseph II. The poor and disabled were brought to separate institutions and the building complex adapted to care exclusively for the sick, based on the model of Hôtel-Dieu in Paris. A maternity ward was built, along with a psychiatry department – the Fool’s Tower. Subsequently, the garrison hospital and Josephinum surgical academy were added, which were both managed by the military until the end of the Monarchy in 1918.

The concept for Vienna General Hospital goes back to Joseph II’s personal physician Prof. Joseph Quarin, who later became director. The entire site was opened August 16, 1784. In 1834 under Emperor Franz I, courts 8 and 9 were erected on the former neighbouring cemetery and in 1862 the Department of Anatomical Pathology in court 10 (the morgue).