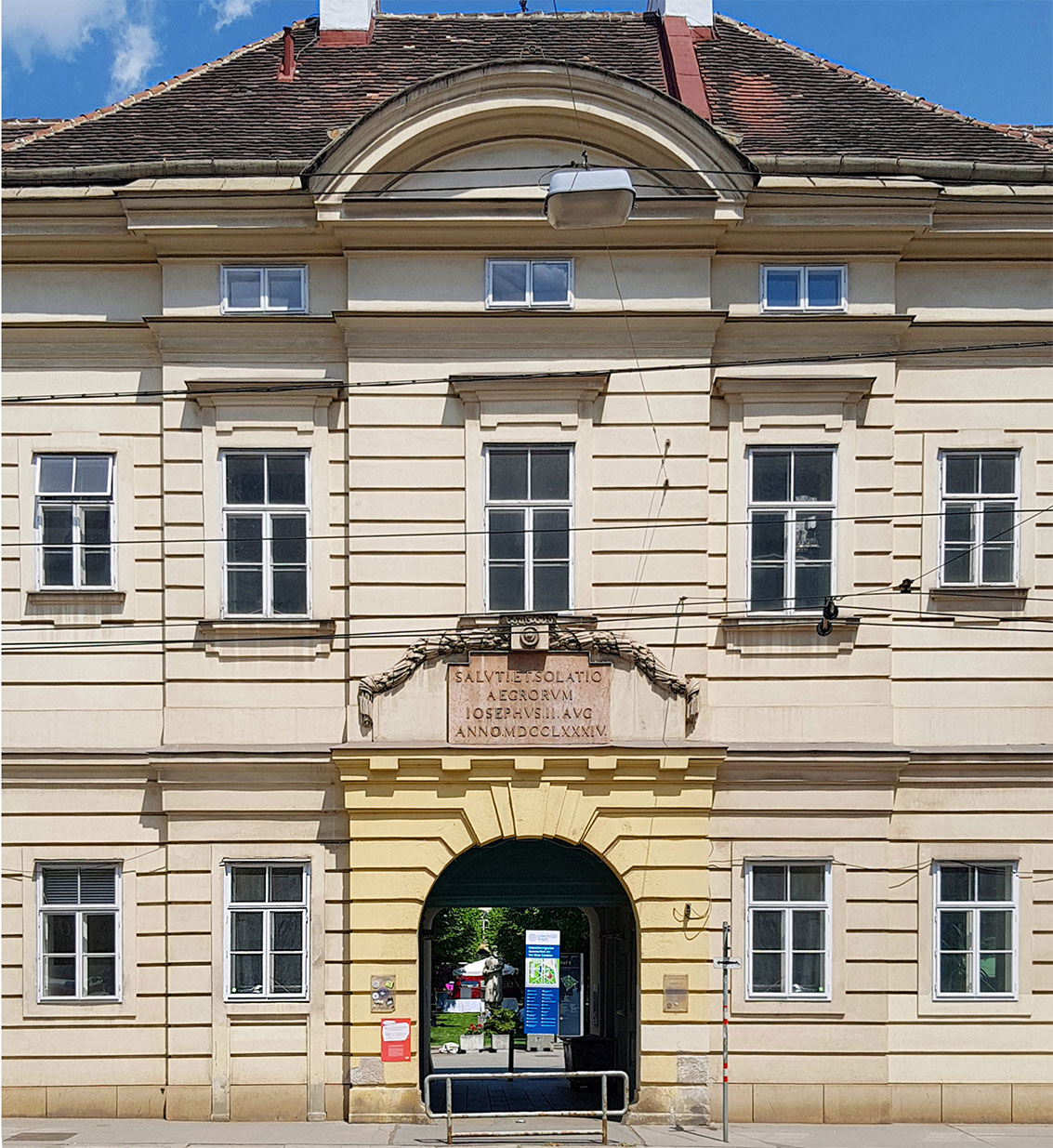 What is now the Sonnenfels Gate on Alser Straße was originally the only access to the whole site. It led you to the first and now oldest courtyard built in 1693. Above the entrance, a Latin inscription announces the function it acquired when it was turned from a poorhouse into a hospital: “For the healing and comfort of the sick. Emperor Joseph II. in the year 1784”.

When the University Campus was opened in 1998, the old and the new campus gates – 23 altogether - were specially named. In doing so, Vienna University drew on 650 years of history and commemorated important Viennese scientists and scholars.

When the gates were named, extra attention was paid to two groups which were barely represented in the University’s memorials - female scientists and scholars and those displaced by the Nazis.