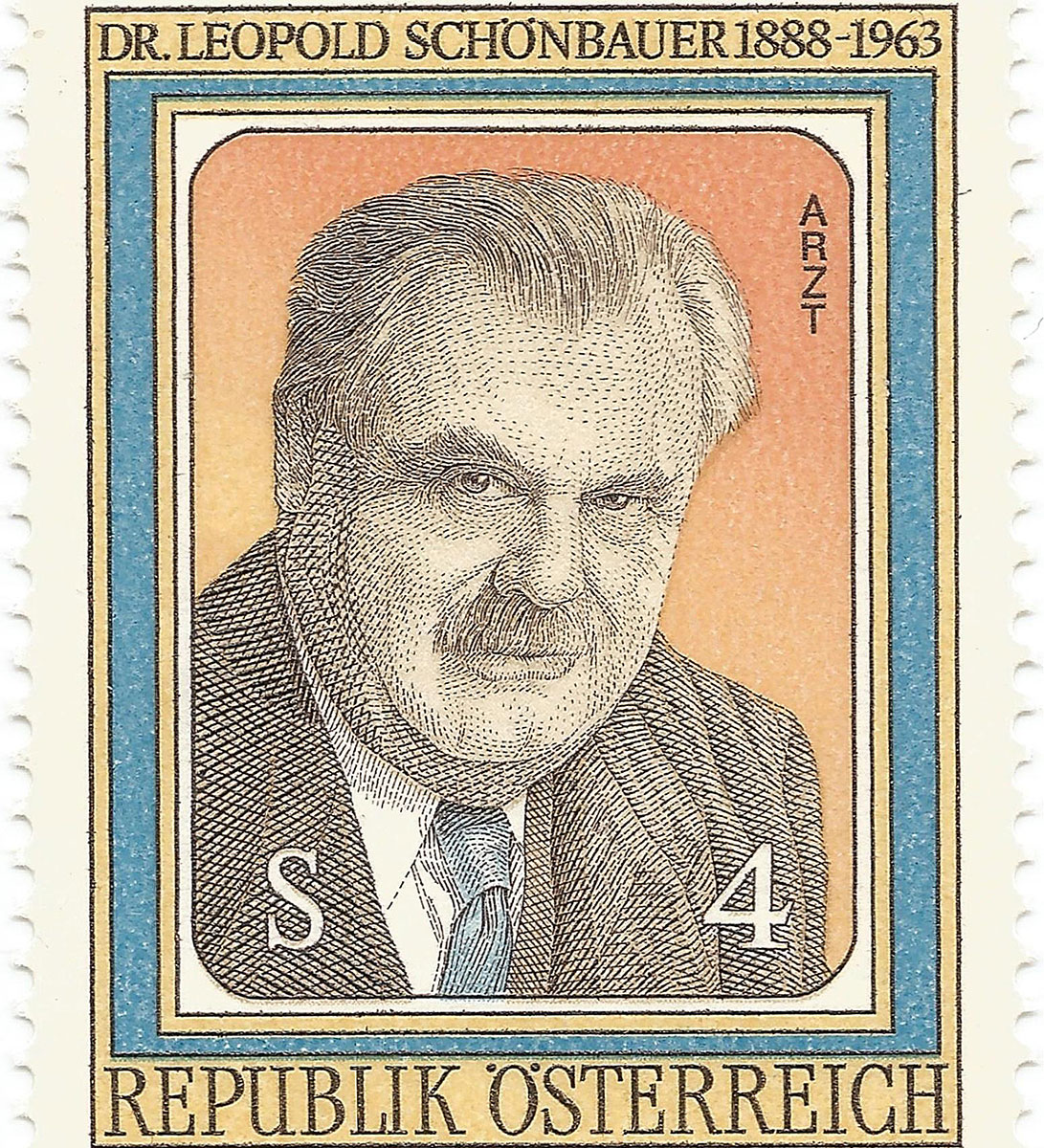 A look at Schönbauer’s life reveals hidden aspects of Austrian history, which shows that this was not an isolated case. The biography of this extraordinary surgeon seems typical for members of the medical profession, on the one hand because of his actions during the Nazi era and on the other because of the accommodating denazification after 1945.

Schönbauer’s culpability when it comes to Nazi science was masked by the honours bestowed upon him after the war: a bust in the new General Hospital, a special edition stamp, an honorary grave and the memorial plaque in court 1.

© Vienna University
commemorative postage stamp of the Austrian Post on the 100th birthday of Schönbauer in 1988
Source: private archive of Linda Erker