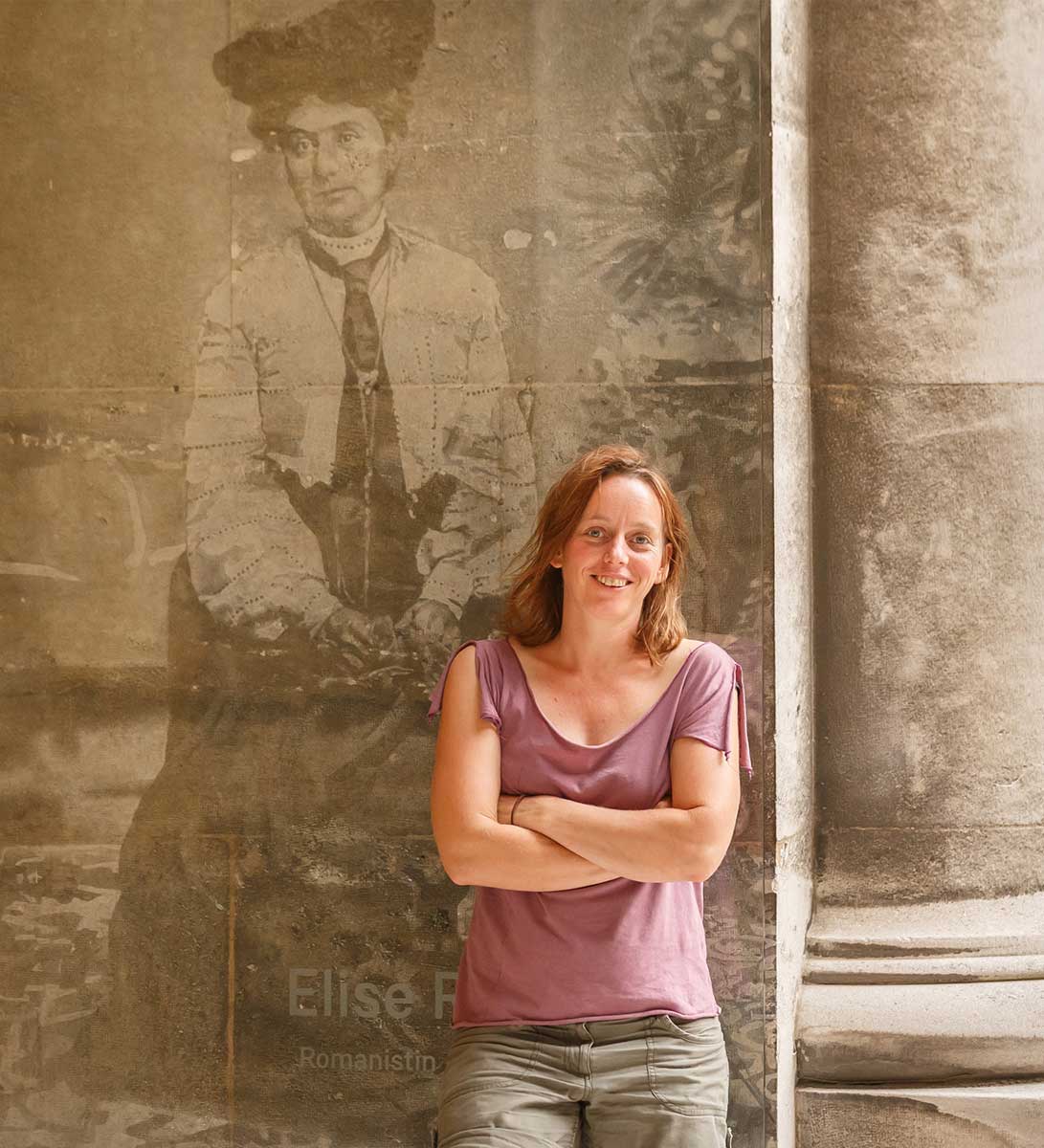 In 1965 Richter’s name was added to the Faculty’s marble roll of honour in the side Aula. Since 1985 she has been commemorated in the Department of Romance Philology by a memorial plaque with a relief portrait of her as the first female lecturer at Vienna University (in 1998 the plaque and department moved to court 8 of the new campus). In addition to the gate in 1998, a large lecture hall in the main building of the University was named after her in 2003. In 2008 her name was included in the Memorial Book for the Victims of National Socialism at Vienna University in 1938 and in 2016 a monument by Catrin Bolt was erected to her in the arcade courtyard.

As such she is Vienna University‘s most honoured female scholar. In 2005 an Austrian Science Fund (FWF) program for highly-qualified women was also named after her, as was a road in Floridsdorf in 2008.

Beside the well-deserved recognition of her work as a pioneer and scholar, new critical research illuminates Richter’s sympathies for the Austro-fascist corporative state.