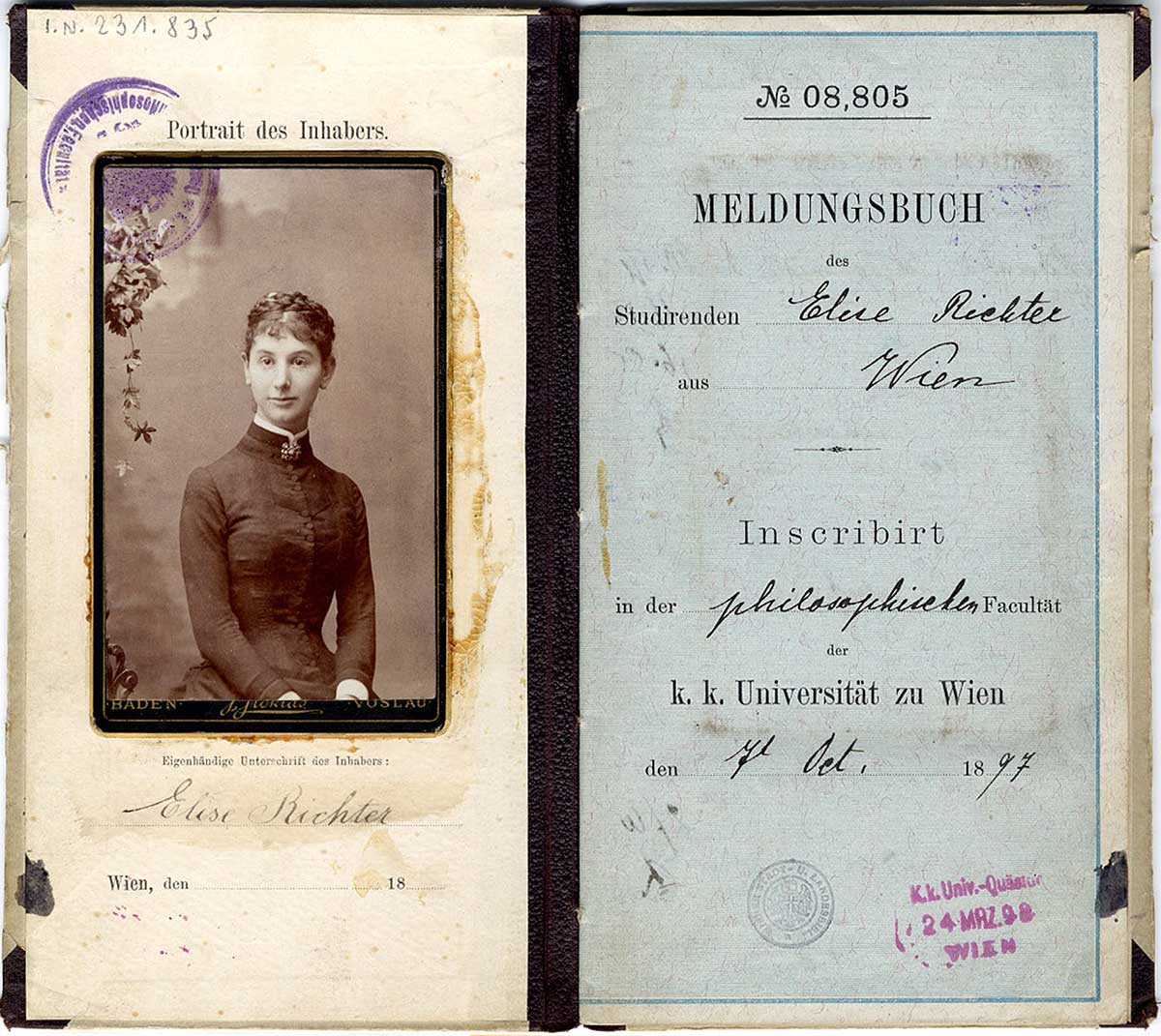 Born in 1865, Elise Richter and her older sister Helene (1861-1942), who later became an anglicist, received tuition at home in Vienna, as young women of their generation were not admitted to schools of higher education. From 1891 Elise Richter was allowed to attend individual lectures at Vienna University as a guest. When women were permitted to take their higher school certificate she was the first to do so in 1897, as an external student of the Akademisches Gymnasium in Vienna. When, shortly after, women were admitted to the University, she was one of the first to enrol, in Romance philology, linguistics, classical philology and German studies. She obtained her doctorate in 1901.

Richter was the first woman to obtain her habilitation in Austria, but there was a delay of two years before she was awarded the venia legendi (1907) and could become a private lecturer on Romance philology. In 1921 she attained the title of untenured university professor and a teaching post for Romance philology, literature and phonetics. From 1928 Richter ran the Phonetics Department at Vienna University, but was denied the title and function of professor ordinarius.

Elise Richter carried out research in the field of (Romance) philology which a focus on phonetics and phonology. Her work was concerned with the psychological elements of speech. In the field of language history she investigated the inner correlation in the development of Romance languages.

As an active co-founder of the Austrian Federation of University Women, she helped many women obtain academic educations and careers. She was chairwoman of the federation from 1922 to 1930.