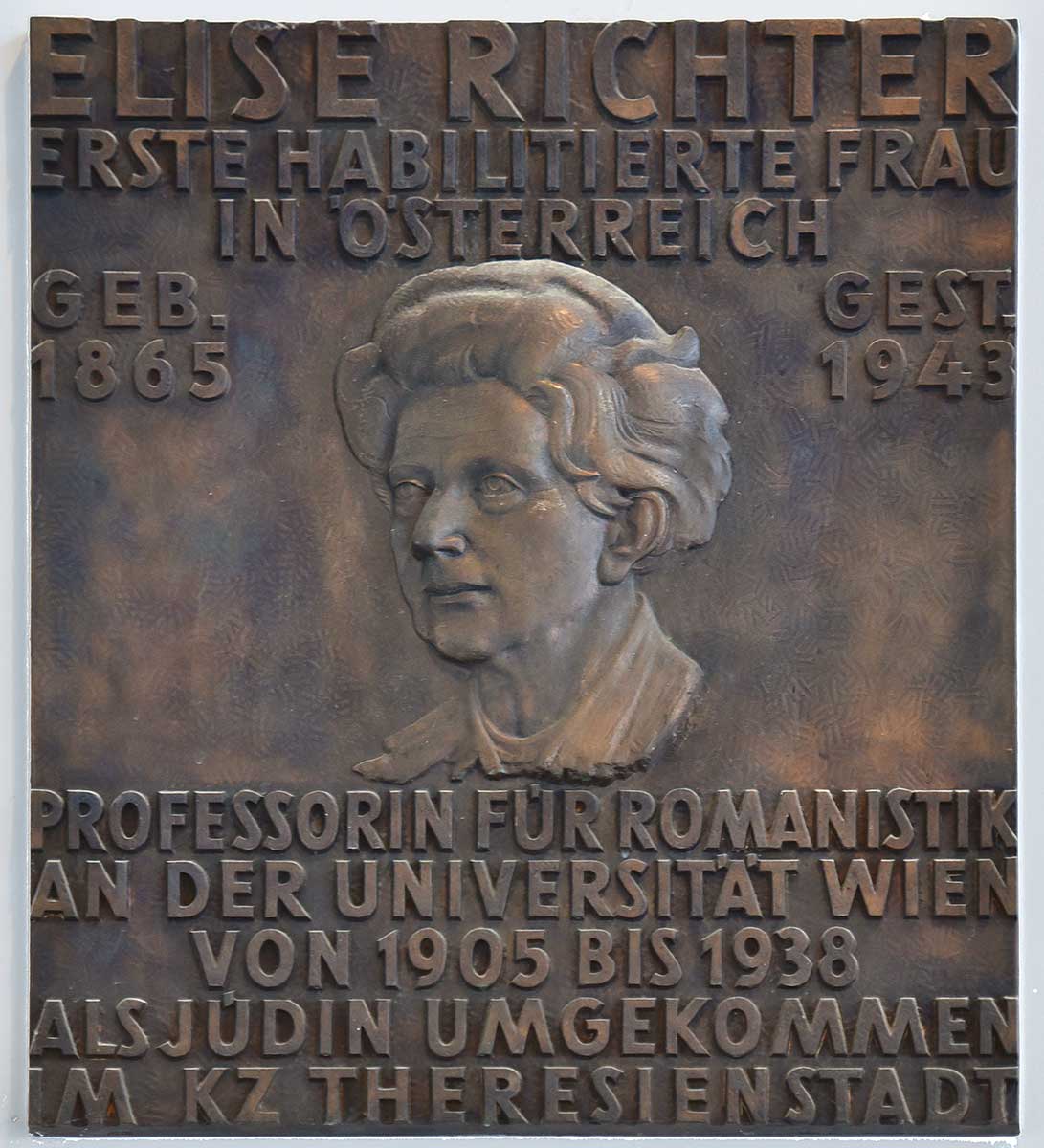 Elise Richter was persecuted under National Socialism for being Jewish. In 1938 her venia legendi or lecturing permit was revoked and she was expelled from the University.

She nevertheless stayed in Vienna with her sister Helene Richter and was able to publish her final studies in the Netherlands and Italy in 1940-1942. She was forced to sell part of her valuable library in the summer of 1941. In 1942, around 3,000 volumes ended up at Cologne University and City Library but the agreed sum was never paid. Shortly afterwards, Elise and Helene Richter were forcibly relocated and in October of 1942, seven months later, deported to Theresienstadt. Helene died after one month on November 8, 1942 and Elise on June 21, 1943.

Since 2005 recovery and restitution of her library and estate have been part of NS provenance research. Items were found three faculty libraries at Vienna University Library, in the Vienna Library at the Rathaus (City Hall), in the Austrian National Library and in the Austrian Theatre Museum.