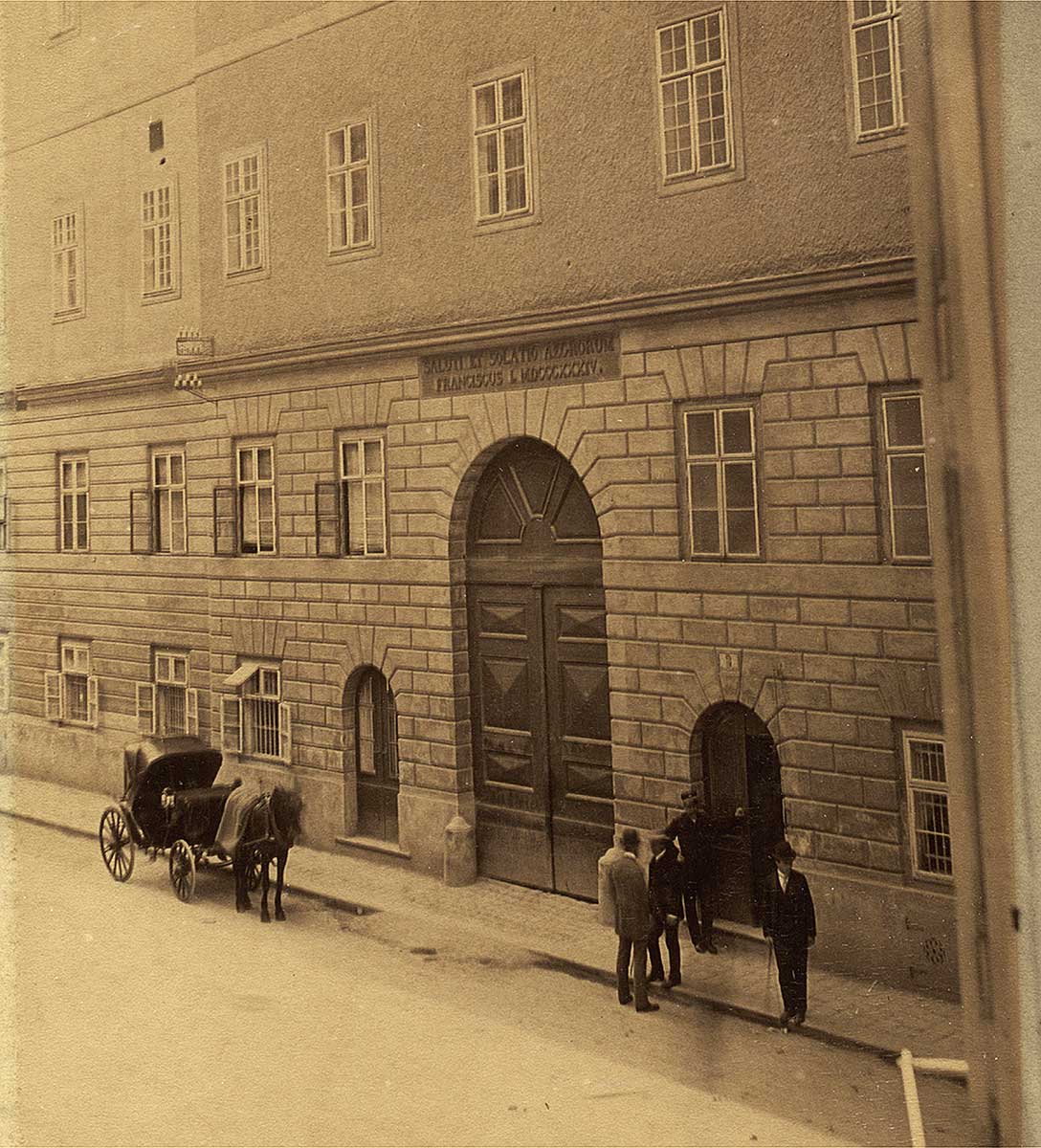 In 1998 the prominent entrance to the ‘new courts’ on Garnisongasse (built in 1834) was named after Elise Richter (1865-1943), an internationally renowned Romance philologist and pioneer of women’s study in Austria. She was one of the first women to receive a doctorate and the first to obtain the habiliation (qualification to teach at university) and an untenured professorship. As a woman in the first half of the 20th century however, this was never more than a special title. Under National Socialism she was deported to Theresienstadt, where she died.

Image caption: The Garnisongasse gate (today the Richter Gate) in 1905. Like the main entrance, the gate was only open during hospital visiting hours, otherwise it remained closed and access was granted by the doorman.