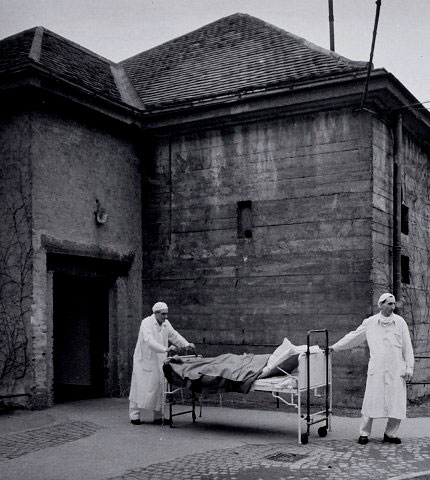 The operating bunker from World War 2

The former operating bunker of the First Surgical University Clinic lies in the northwest corner of court 1. Under Doctor Leopold Schönbauer, it was used from December of 1943. In three small operating theatres, emergency treatment of civilians and soldiers could be carried out during bombings. The bunker, with its air-raid protection and emergency generators, was used for operations until the mid-1950s and later converted into an outpatient department.

Patients are conveyed to and from the operating bunker via the open courtyard, in all weathers.