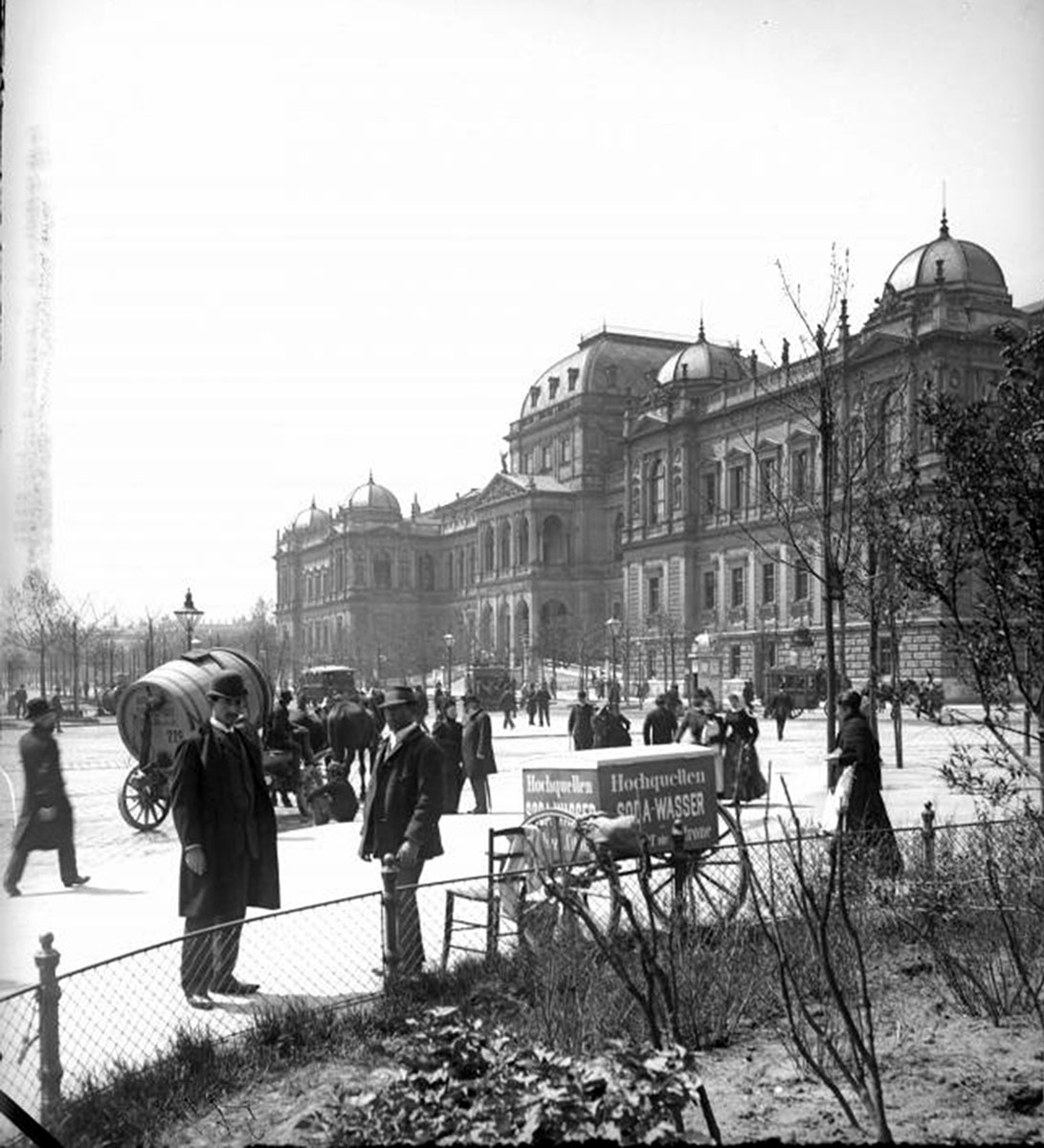 Until the spring water main was built, supplying the General Hospital with water was difficult. The drinking and service water came from the Imperial and Royal Court Pipeline in Ottakring i.e. the Emperor Ferdinand Pipeline which supplied the hospital with a maximum of 2,050 pails of filtered water (around 116,000 l) from the Danube each day. 190 pails went to the maternity ward, 150 to the Department of Anatomical Pathology. Over 2,000 patients and around 900 hospital employees had to make do with the remaining 1,710 pails for drinking, laundering, cooking, bathing and cleaning and to serve the 194 water closets, the gardens and horses that transported patients and supplies. The hospital was in need of at least four times as much, but more was not at its disposal.

Initially the water flowed into a reservoir by the administrative building in court 1, where it was divided up economically: primarily among the baths, both kitchens, pharmacy and maternity ward and to a spout in the inner courtyard of the Fool’s Tower. The rest was piped to 6 six water fountains – two in courtyard 1 and single fountains in courtyards 2, 7, 8 and 9. At the courtyard fountains the water flowed out of spouts onto the edge of the basin, where it was collected in jugs or water butts and brought by 12 water carriers to the separate departments.

From the nine old groundwater wells, only three could still be used for service water by the 1860s; despite chronic need, the others had to be abandoned due to the unfavourable condition of the water. This resulted in hygienic and sanitary deficiencies.

Following the connection of the spring water main, with its improved water quality and adequate supply, the number of typhoid patients dropped by 90 %. Indeed the overall mortality rate at Vienna General Hospital fell considerably.