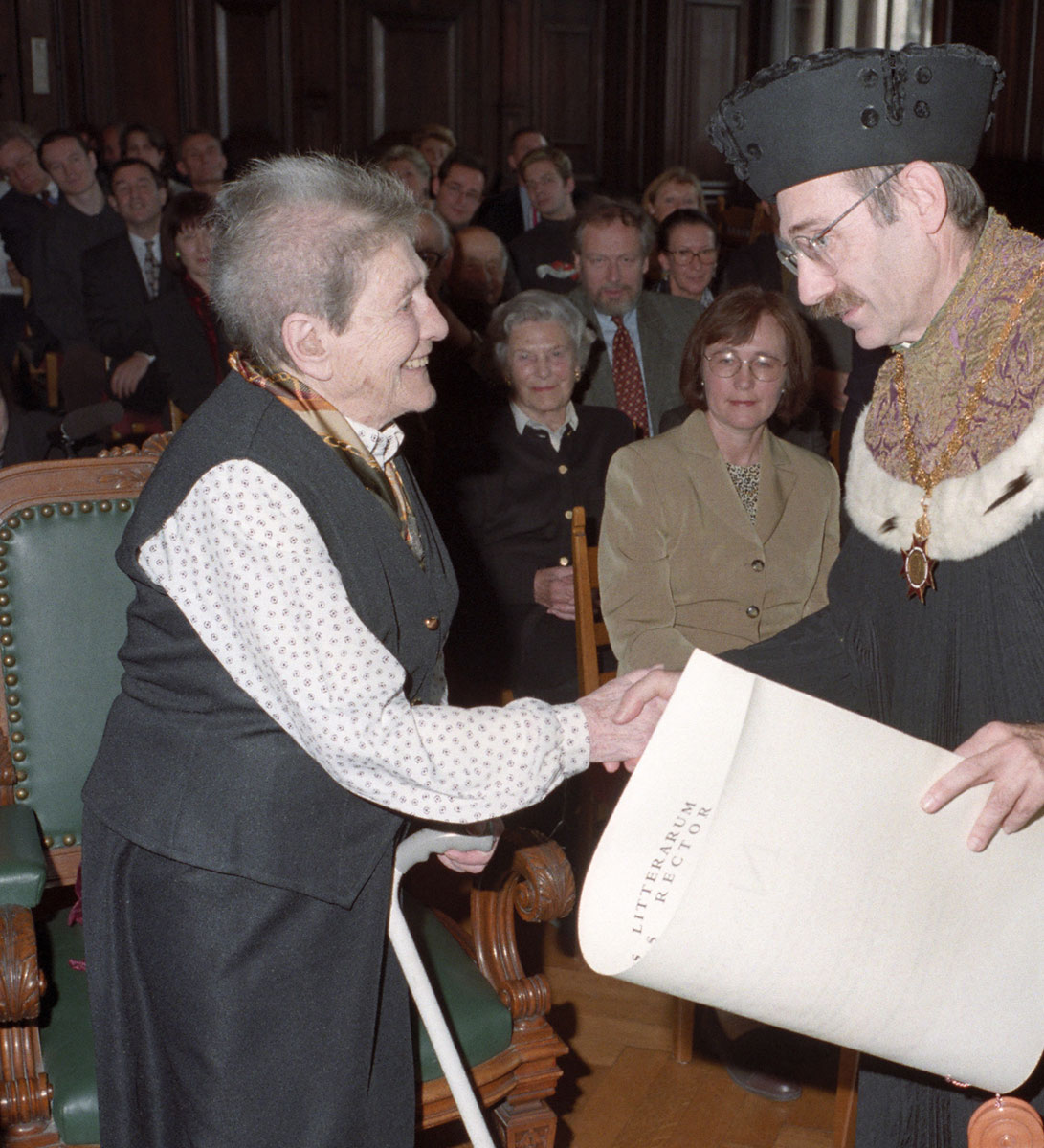 It was only later that Marie Jahoda, who was committed to social democracy her entire life, received the recognition she was due. In 1993 she was awarded the Vienna Prize for Humanities and the Decoration of Honour for Services to the Republic of Austria. In 1998, the Johannes Kepler University in Linz awarded her an honorary doctorate. A bilingual primary school in Vienna has borne her name since 2003 and since 2008, a street in the Hernals district.

In 1998, Vienna University also awarded her an honorary doctorate and named a gate on the new campus after her – Jahoda Gate. In 2016, a memorial by Catrin Bolt in the arcade courtyard in the main university building was dedicated to her.

Marie Jahoda died in England in 2011.