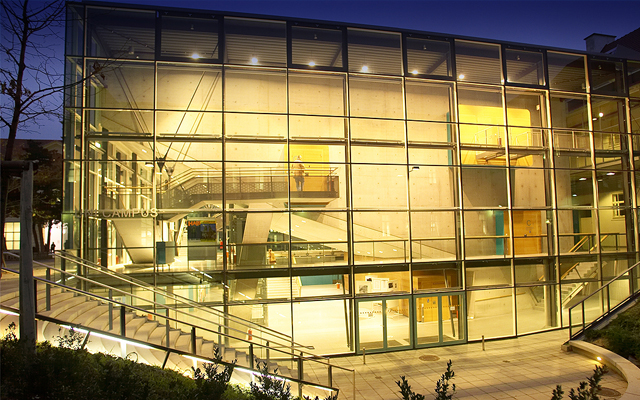 The campus of the University of Vienna

A fascinating journey through more than 300 years of history

The extensive campus of the University of Vienna, on the grounds of the former Old General Hospital (AAKH) of the city of Vienna, was originally only accessible through the main portal in Alser Strasse 4. This entrance to the oldest courtyard of the area, built in 1693, is now called Sonnenfels Gate and is the starting point of a fascinating journey through three centuries of exciting history.

At the opening of the university campus in 1998, the total of 23 old and newly created campus gates received names. The University of Vienna drew on its nearly 650-year history and commemorates important personalities of Viennese science. When naming this group, the groups of women who were hitherto barely represented in the university culture of commemoration, as well as the scientists and scholars who were expelled and murdered under National Socialism, and graduates were given more consideration.

This "Axis of Remembrance" (“Achse der Erinnerung”) is conceived as a commemorative political intervention in the dense space of memory on the campus of the University of Vienna and extends from the entrance in the Alser Straße, the Sonnenfels Gate, to the entrance to the Garnisongasse, the Richter Gate.

The app guide gives visitors the opportunity not only to learn more about the genesis of monuments and memorial sites, but also to delve deeper into the subject matter with exciting background information.

Start a fascinating journey through centuries of university history with your app guide!