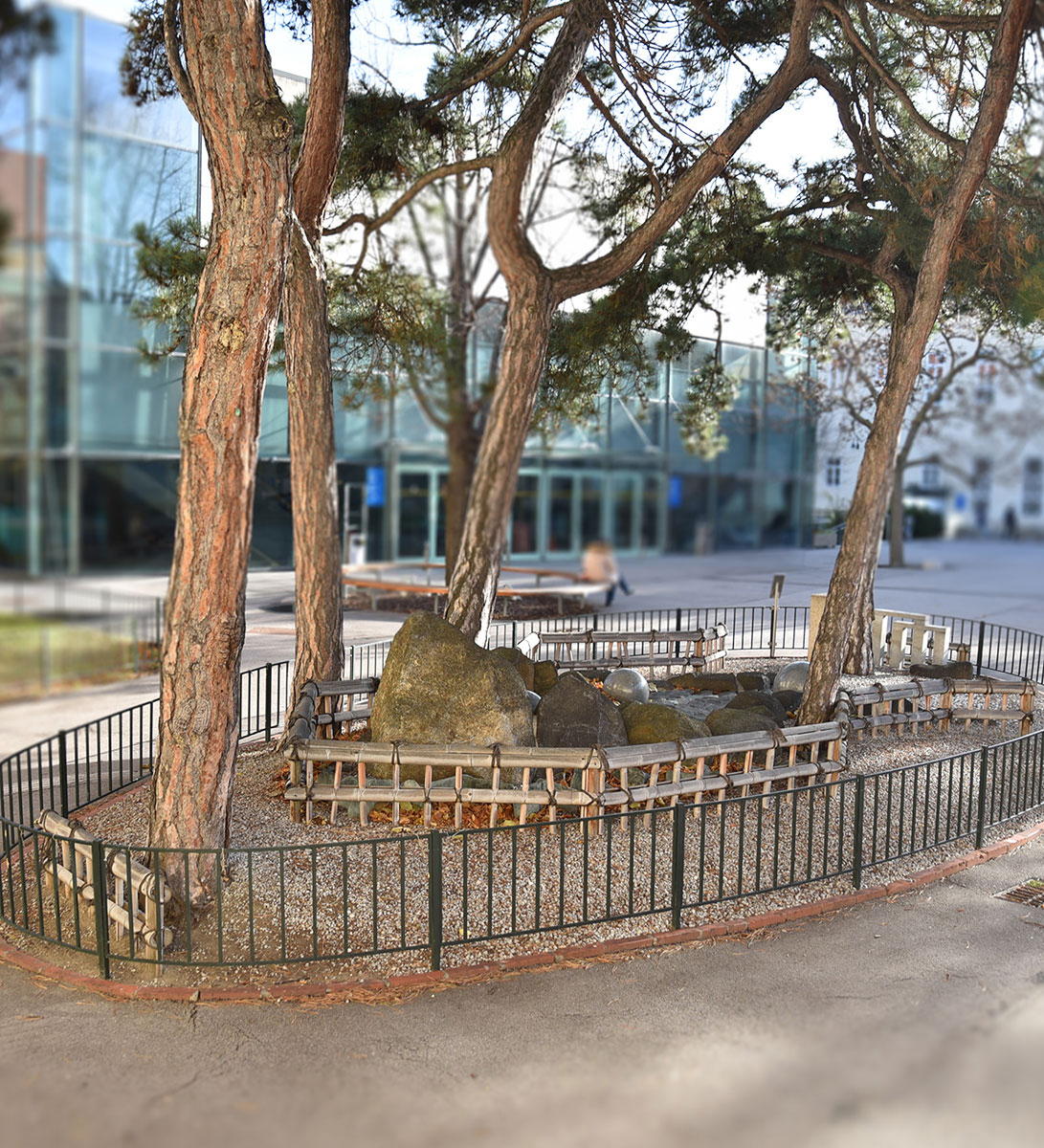 The Japanese stone garden was laid in May of 1999 when the Department of Japanese Studies moved to court 2 of the new University Campus. The first Institute of Japanology was opened at Vienna University 60 years previously (1938-1939).

The garden was inspired by the director of the institute, Sepp Linhart, initiated by Eishin Harada, chairman of the Japan Gardening Association of Tokyo and laid by Hiraaki Kishimoto of Osaka.

In 2009 the garden was renovated and visited by the Japanese royal couple, who also planted a cherry tree nearby.