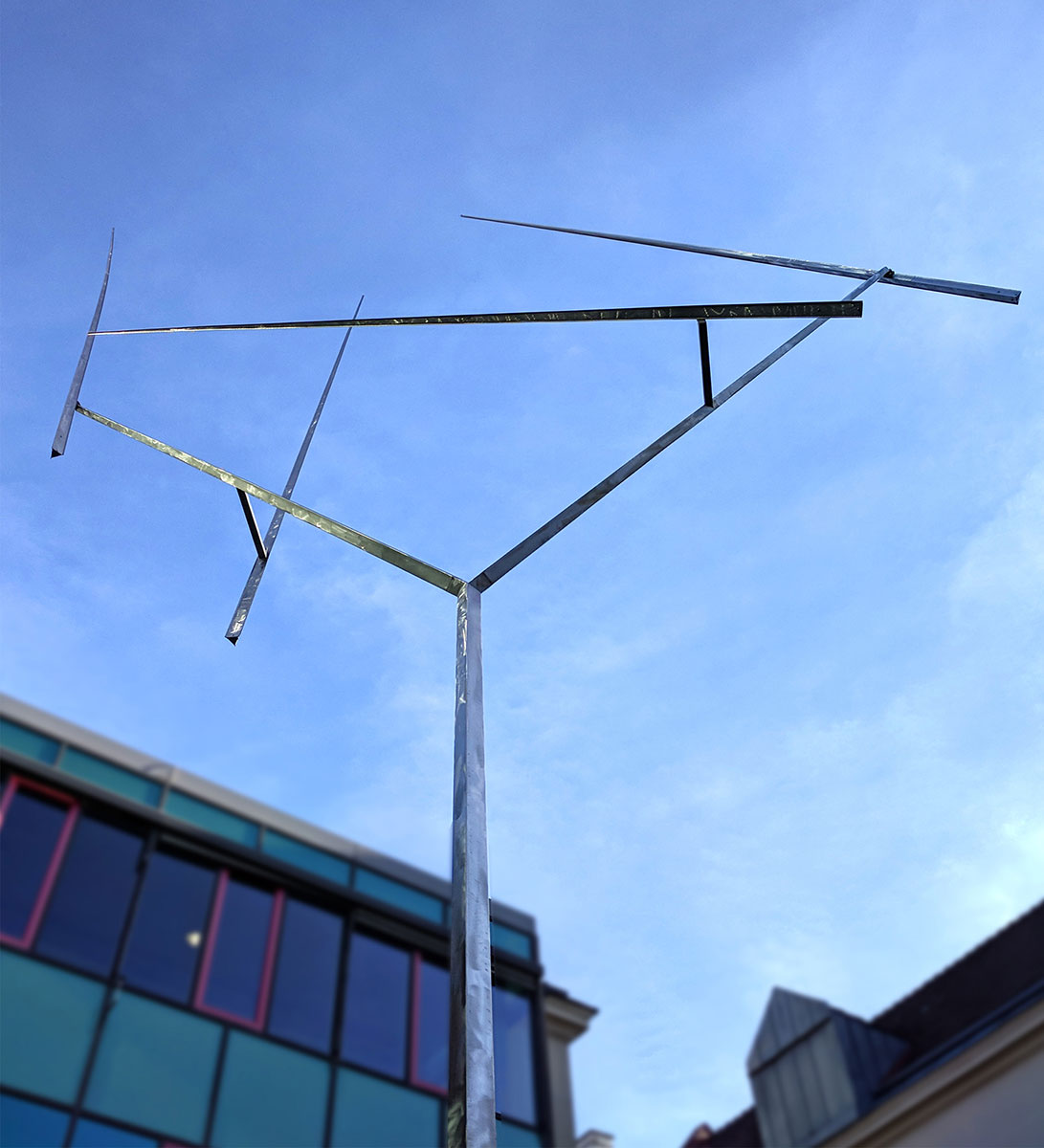 The kinetic sculpture by George Rickey

A gift on tour in Vienna

In 2003 the world famous chemist and professor at Stanford University Carl Djerassi, the “father of the Pill”, gave George Rickey’s sculpture Four Lines Oblique II as a present to the American-Austrian Foundation and suggested it be erected on the Bastei next to the Albertina as a kind of ‘reconciliation’ between him and his home city of Vienna. Because of strong winds a new site was soon sought, a search Djerassi described as “Kafkaesque” and highly bureaucratic. After a lot of to-ing and fro-ing, a site was found next to the lecture hall in court 2 at the Vienna University Campus that was suitable in several ways.

Djerassi was born in the former General Hospital and his parents were doctors here for many years. On March 15, 2012 the work of art was erected on loan to the University. After this odyssey through Viennese bureaucratic system, Djerassi seemed satisfied, saying he liked the site because the sculpture is mirrored in the glass façade of the building behind, which gives it an added effect.