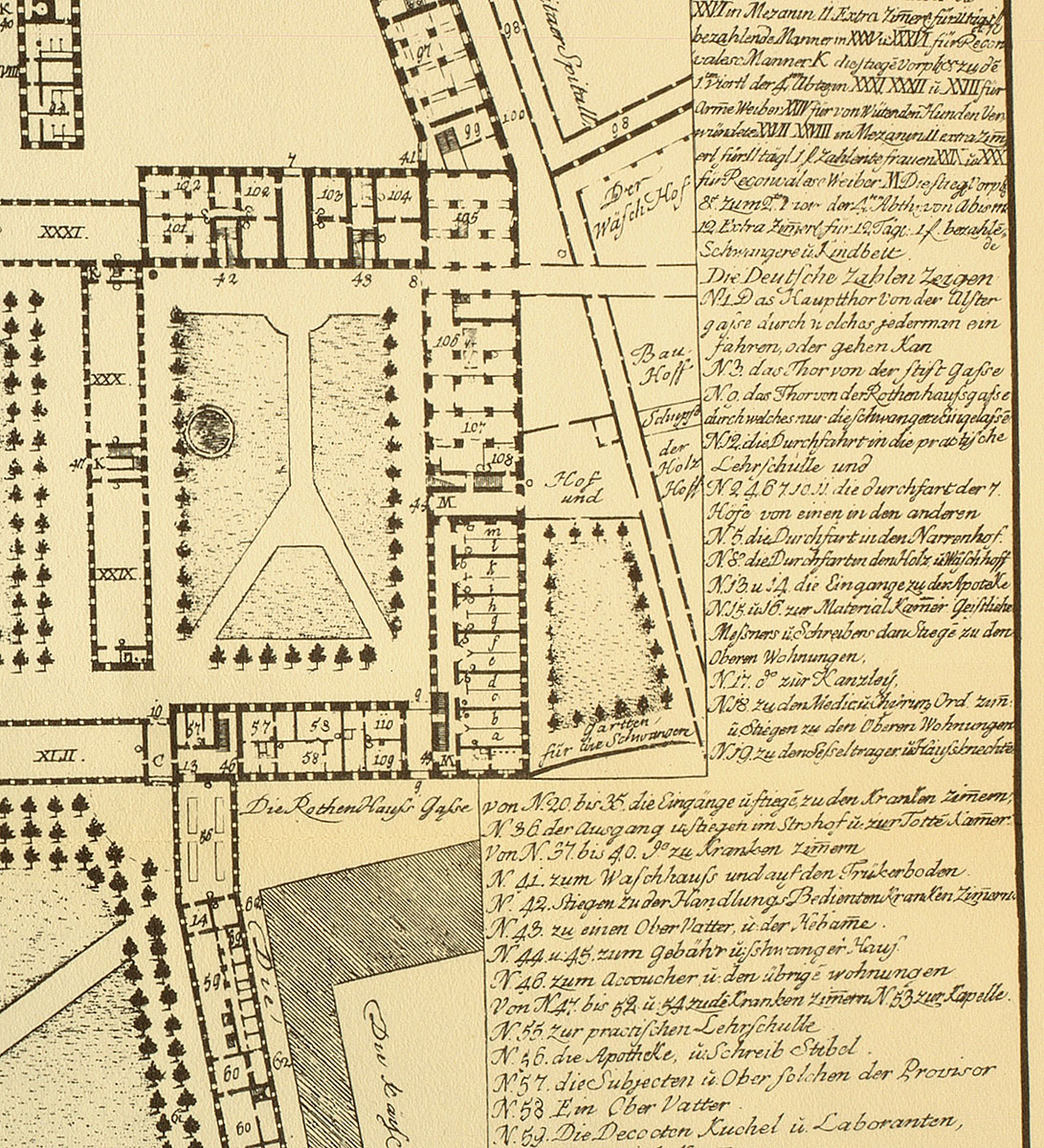 The gate of the ‘secretly pregnant’

Between 1784 and 1854 hundreds of unmarried women passed through this gate each year. At the delivery house they could give birth anonymously and relatively safely without being stigmatised by society. These ‘secretly pregnant’ were only a small minority among the hundreds of thousands of women who gave birth here, but they were a special feature of the delivery house at the General Hospital.

The gate of the ‘secretly pregnant’ was an inconspicuous entrance between the infantry barracks (today the National Bank) and the hospital, accessible only via a narrow, dead-end street. The gate was always closed but manned by a doorman at all times who would only open up when a pregnant woman rang the bell and requested entry. In this way, women of all social strata could enter the facility, give birth and leave the hospital with or without their child. Their names were not recorded.

For the first time, infant- and childcare became the duty of the state. This was supposed to encourage the growth of the population but it was also a new and rational way of dealing with the problem of illegitimate births and infanticide. The utilitarian thinking even extended to infant corpses, which were handed over to the prosector and used in doctors’ training.

In 1854 the payment office of the delivery house was closed and set up nearby as a separate institution. Until 1868, 30 percent of all children born in Vienna were handed over to the orphanage, a rate which fell around the mid-1870s.