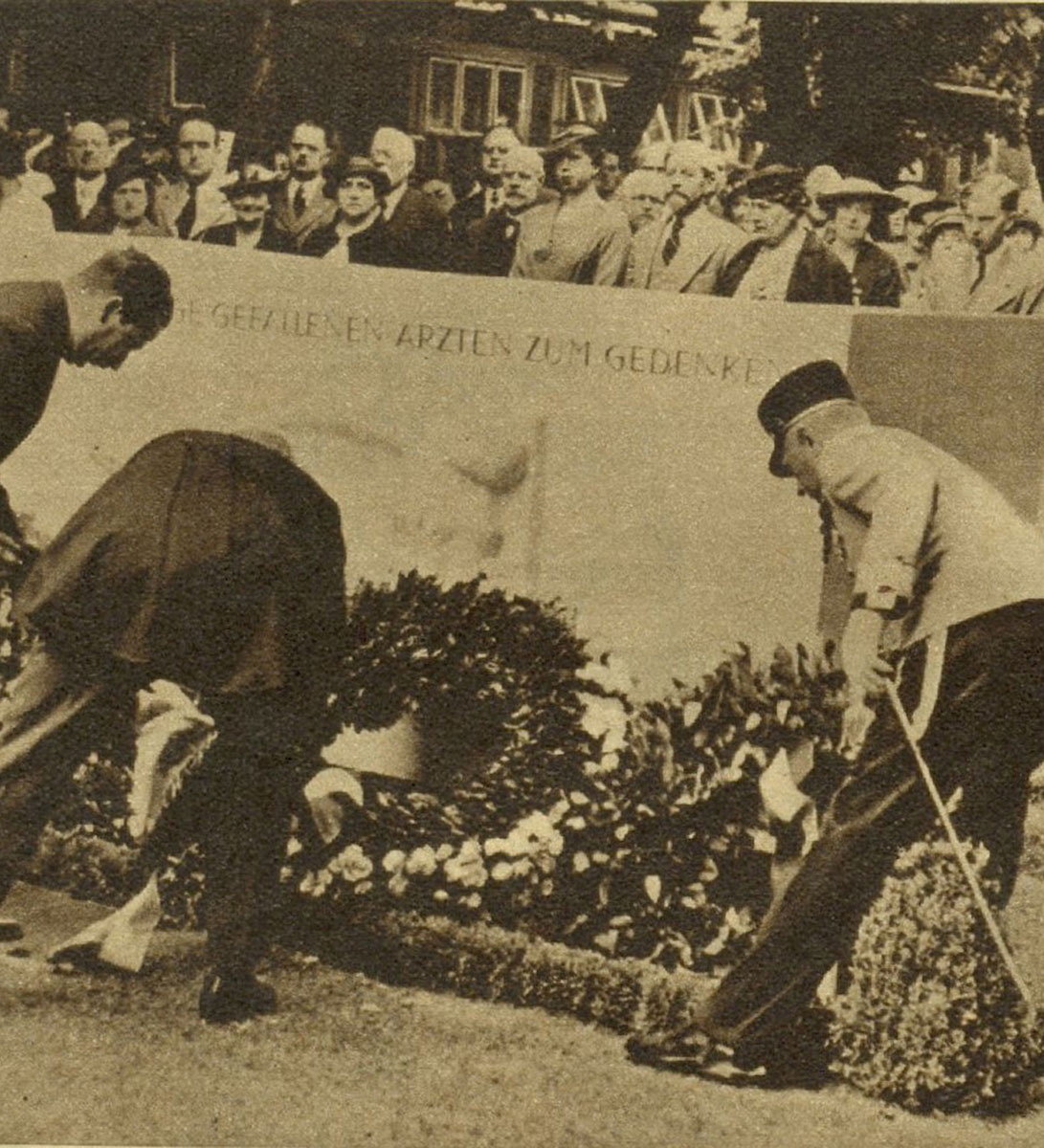 Inauguration of the monument

“To the sound of the national anthem and Dollfuß song”

The inauguration of the monument took place on June 26, 1937 among high-ranking guests. Speeches were held by Surgeon General Johann Steiner and Federal President Wilhelm Miklas. In his patriotic speech, the head of state praised the doctors’ quiet heroism. He was not only referring to the fallen doctor-soldiers, but to medics held in Siberian war camps.

Alongside politicians, such as Vice-Mayor of Vienna Fritz Lahr, Federal Minister Edmund Glaise-Horstenau and Secretary of State for National Defence Wilhelm Zehner, rectors and deans from Viennese institutions of higher education were also present. Among them was Leopold Arzt, a professor of dermatology and rector of Vienna University in 1936-1937. A total of 200 people attended the ceremony, including representatives of the Red Cross, Medical Association and Kameradschaftsbund as well as military attachés of the German Reich, Hungary and Bulgaria.