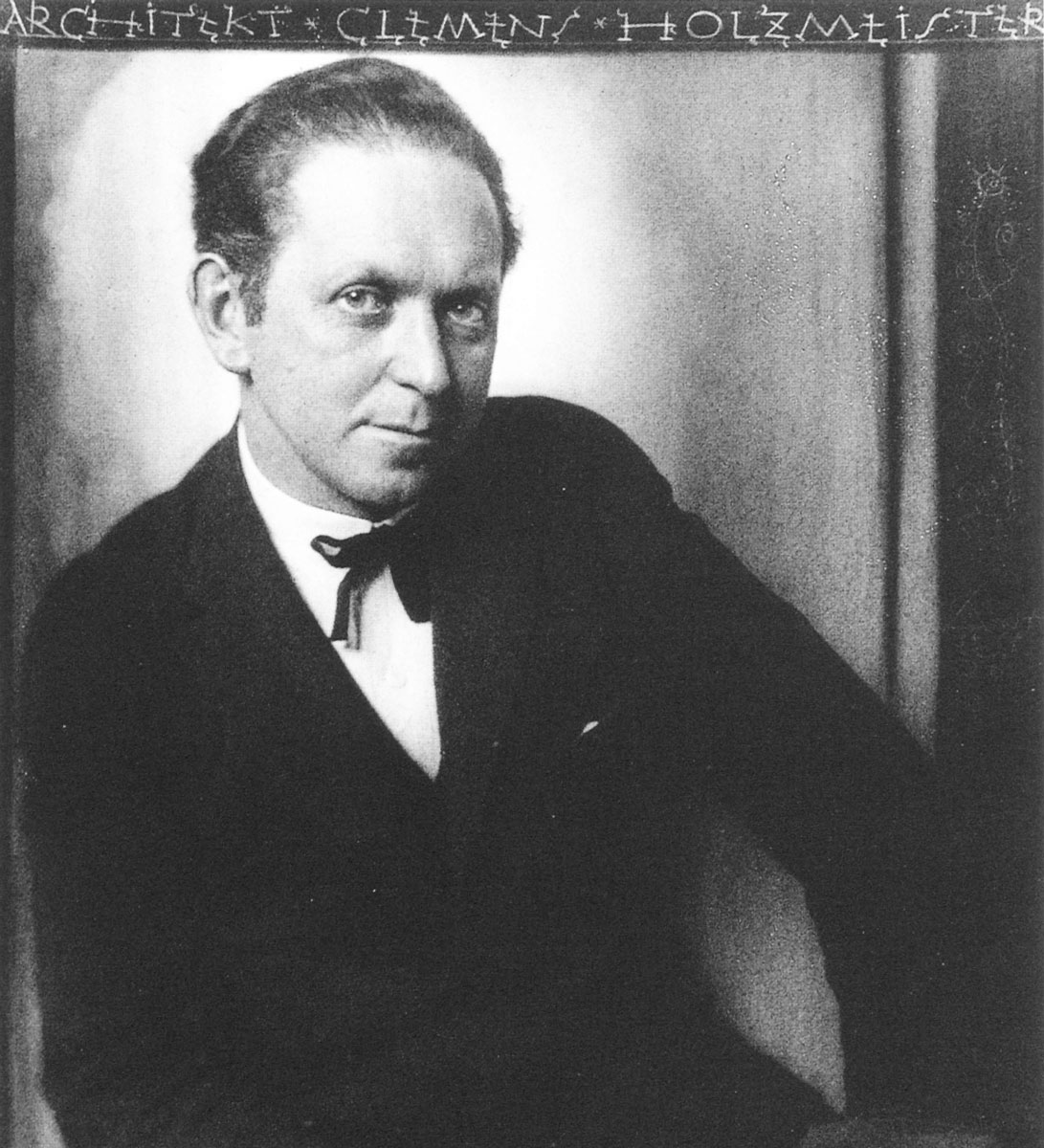 Clemens Holzmeister (1886-1983) was one of the most important and internationally-known Austrian architects of the 20th century. He was professor of architecture at Vienna’s Academy of Fine Arts from 1924-1938 and became its rector while, at the same time, serving as director of the Master School for Architecture at the Arts Academy of Düsseldorf (until being defrocked by the Nazis in 1933) as well as president of the Austrian Architects Association and Neuer Werkbund.

Holzmeister had close ties to Austro-fascism and was president of the Katholikentag or Catholics’ Day in Vienna. He was a member of the Austro-fascist city council (on the Committee for Internal Politics) and the architect behind prestigious projects such as the Seipel-Dollfuß memorial church from 1933-1934, the Dollfuß national monument in 1932 and the Fatherland Front building in 1937-1938. The last two projects were never realised. After the Anschluss in 1938, he emigrated to Turkey, where he had previously planned and built the government buildings in Ankara, and became Professor and Director of the Master School for Architecture at the Technical University in Istanbul.

From 1954, Holzmeister was back in Vienna, as professor and director of the Master School for Architecture at the Vienna Academy (and its Rector from 1955-1957) as well as president of the Austrian Art Senate.