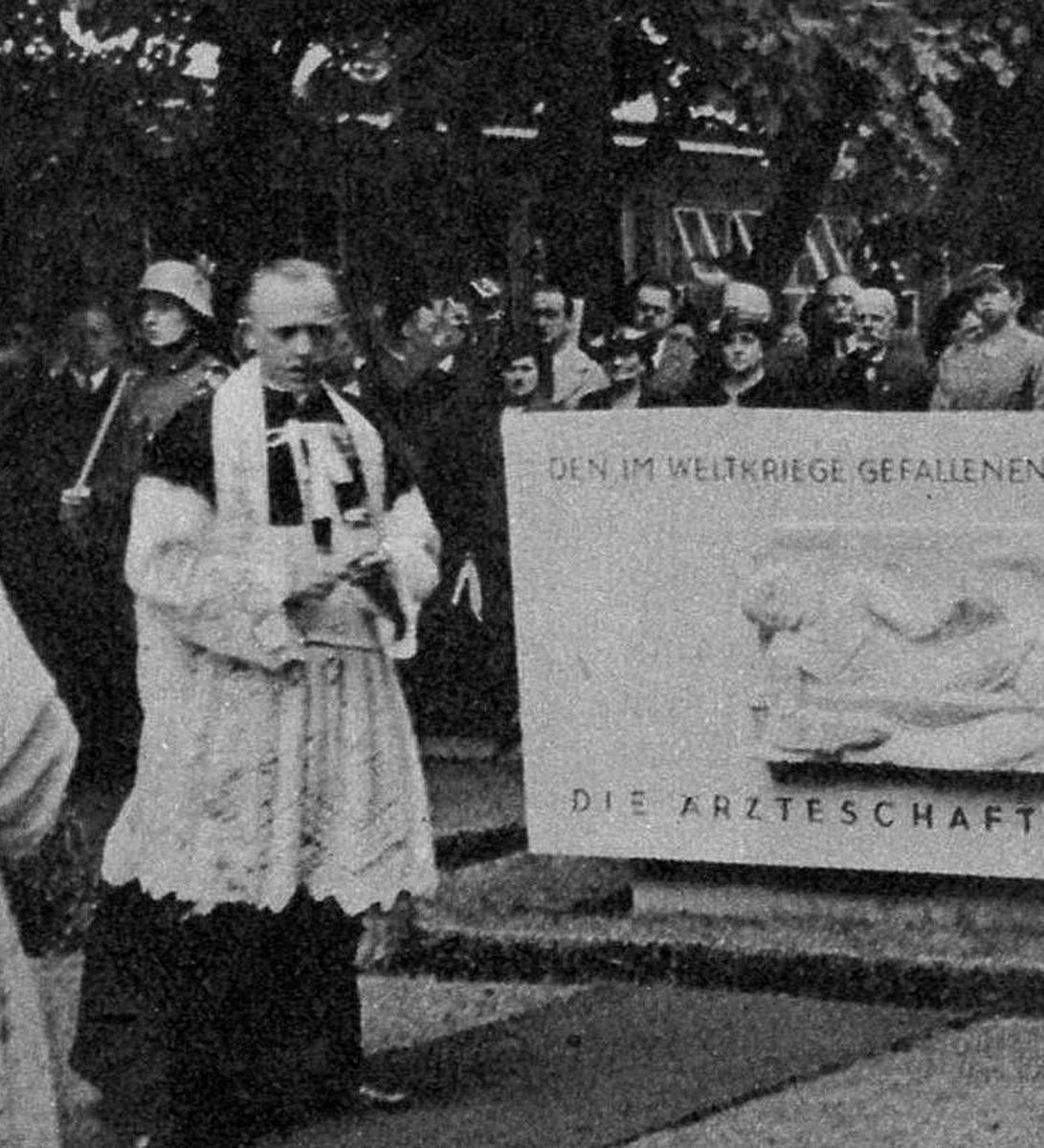 The close relationship of Austro-fascism with the Catholic Church

In the spirit of the ‘Christian Corporative State’, the doctors’ monument was inaugurated by a military curate with a collective prayer. In addition to Austria’s much-underlined ‘Germanness’, there was an emphasis on Christian values from March of 1933.

In legislation – at universities too – this was implemented with the self-elimination of the Austrian Parliament. Between 1933 and 1938 one could not say there was a clear separation of the State, politics and the Church. The proximity of the Catholic Church to political leadership manifested itself for instance in the cloaked death and Führer cult following the assassination of Austro-fascist politician and Federal Chancellor Engelbert Dollfuß in 1934.

Well-known examples of this are the Dollfuß Church on Hohe Wand and the Seipel-Dollfuß memorial church with chancellor crypt and memorial room designed by Clemens Holzmeister. The most famous example is probably the Dollfuß relief in St. Michael’s Church in Vienna.