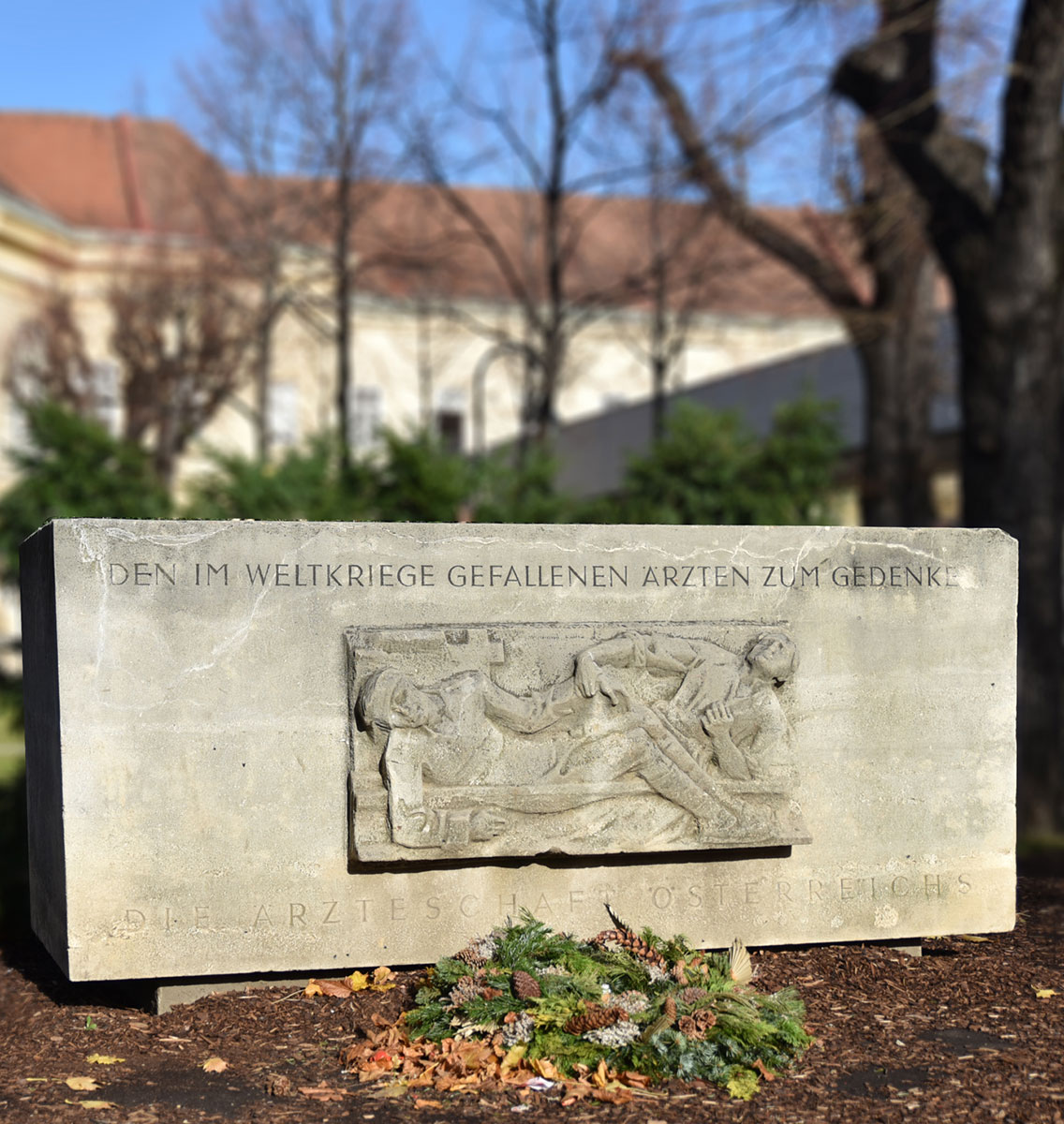 The soldiers’ memorial erected in 1937 lies on the central axis extending from the statue of Billroth via the memorial fountain to Jahoda Gate in court 1. It was donated by the Austrian Medical Association, designed by Clemens Holzmeister and made by Hans Andre.

The front of the sarcophagus-like monument has a relief of a wounded soldier, with a wounded doctor checking his pulse. Behind them is a cross. The dedication above reads, “In memory of the doctors who fell in the World War”. It recalls over 200 doctors with the Austro–Hungarian army who perished in World War 1.

The Austrian army still lays a wreath here around All Saints’ Day to remember the fallen doctors.