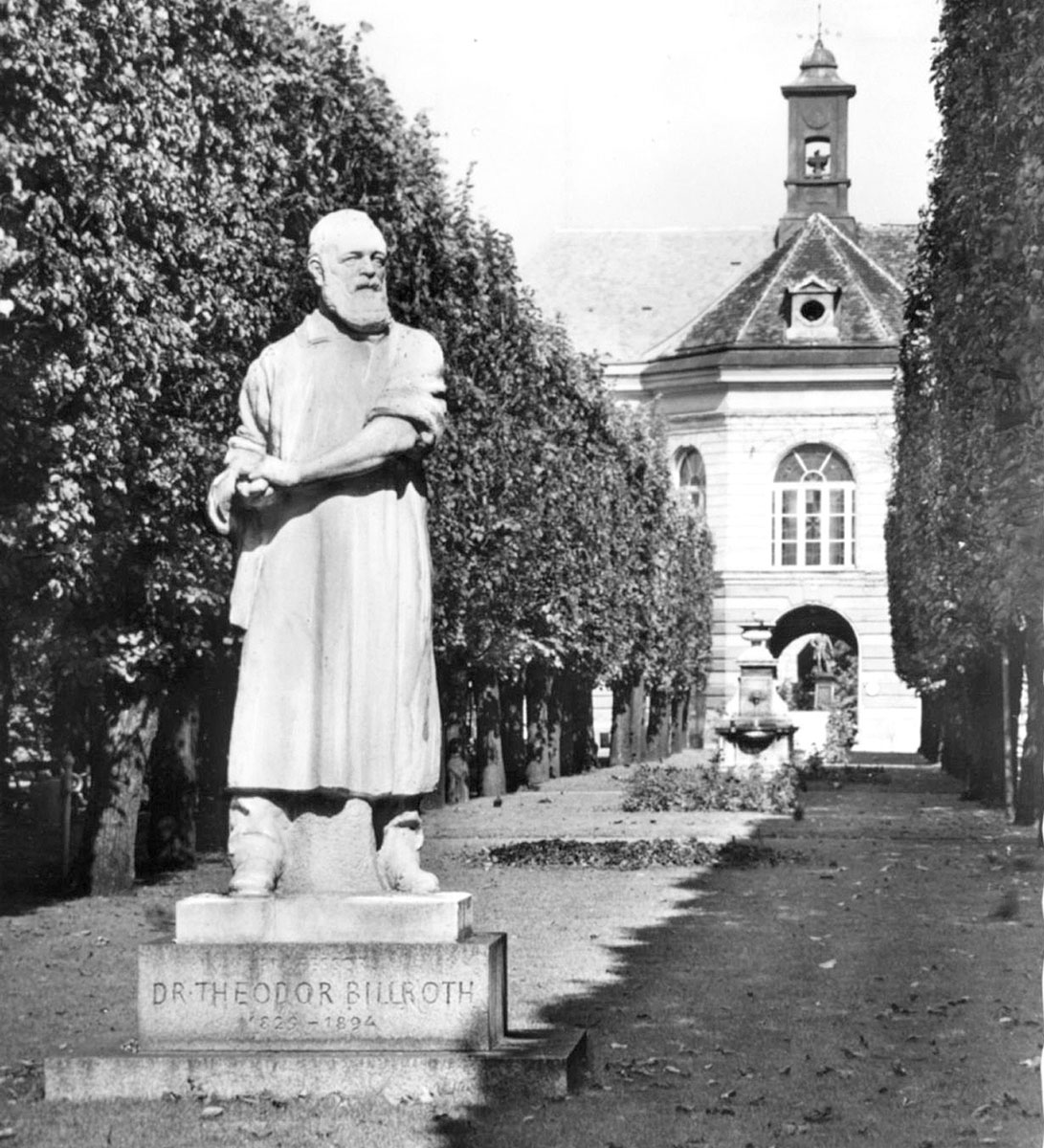 Under National Socialism, Billroth was commemorated on the 50th anniversary of his death in 1944 as an outstanding ‘genius of the German spirit’ with a conspicuous, over-dimensional monument, right by the main entrance of the former General Hospital.

The sculptor Michael Drobil (1877-1958) depicted him as a ‘working German’ in the style of the time, as an operating surgeon with rolled-up sleeves. Despite funds there was no marble available in 1944 due to the war, so a provisional monument was created in plaster and inaugurated by high-up medical and NSDAP (National Socialist Party) functionaries. Leopold Schönbauer held the unveiling speech. Schönbauer was exempt from the statutory denazification and in 1950, as director of Vienna General Hospital, he had the artist remake the monument in marble. It was erected, without ceremony, on April 26, on what would have been Billroth’s 121st birthday, this time as a great Austrian and representative of the Vienna Medical School as opposed to proof of the superiority of the German spirit. For the unveiling in 1944, a plaque was created as well, with the monument as a motif plus the inscription on the base: “chirurgi germanici”.