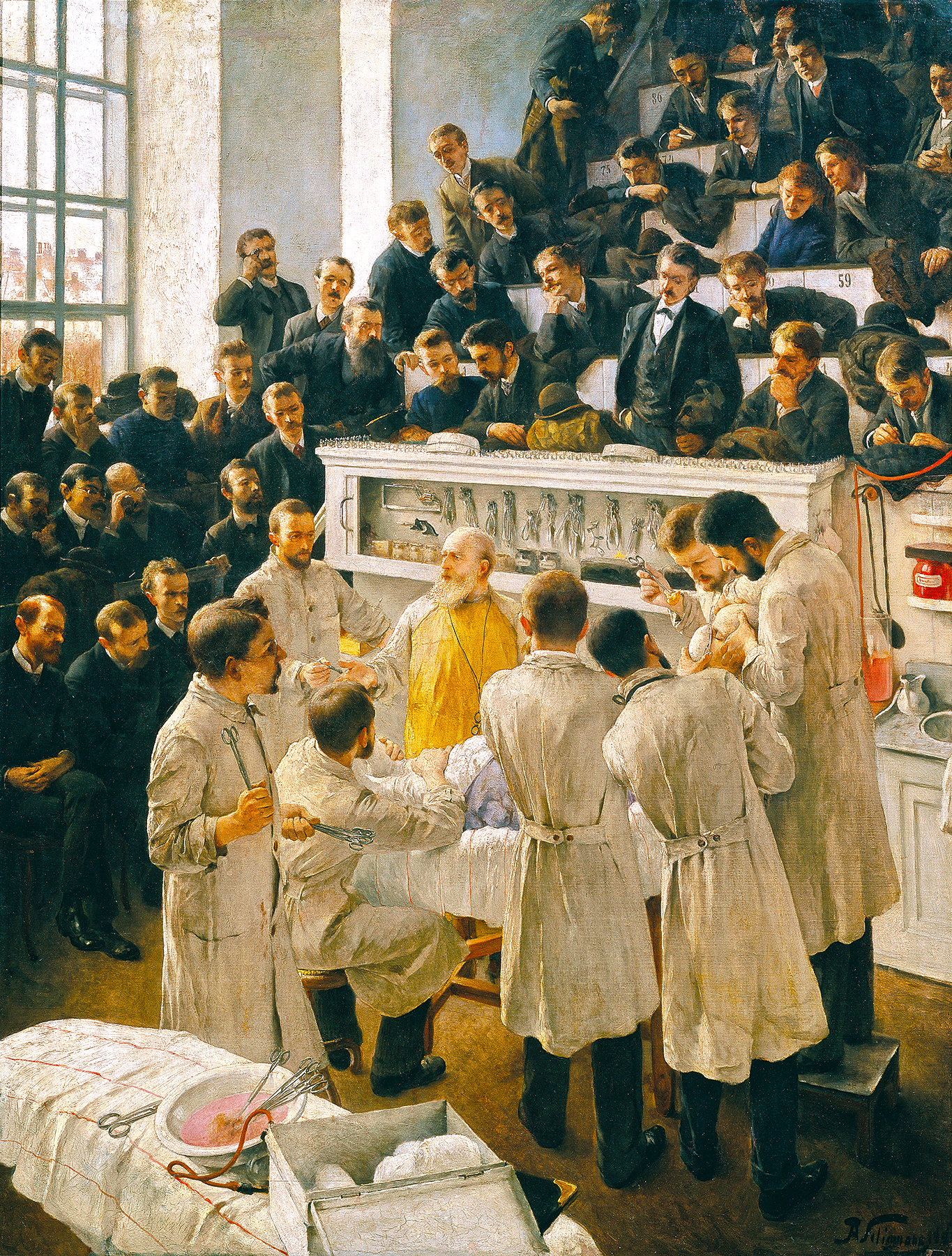 The painting by Adalbert Franz Seligmann (1862-1945) from 1888-1890 shows the world famous Theodor Billroth at the age of 60 as a scientist, teacher and surgeon in his lecture theatre in the Surgical Clinic between courts 1 and 4.

Not a drop of blood is to be seen. It captures the moment immediately before an operation: the scalpel is being handed to Billroth by his assistant, the patient is already anaesthetised, and Billroth is about to perform a separation of the trigeminus facial nerve in front of his students. The painting also shows white coats and improved standards of hygiene under Billroth with the sterilised surgical instruments in the bowl in the foreground. His audience and students are all men, since women were not admitted at the University or on courses at that time. The artist appears as an audience member on the far right.

The picture was bought in 1907 by the State for the Austrian Gallery but it was given to the former Billroth Clinic to decorate the director’s office and soon became forgotten about. Since 2011, following prompt restoration, it has been on display at the Belvedere.

Reproductions of the work have appeared on stamps (such as those marking the International Congress of the Austrian Surgical Society in Eisenstadt in 1992), coins (such as the €50 memorial coin for the 200th anniversary of Billroth’s death in 2009) and in advertising by Japanese pharmaceutical companies for circulatory stabilisers.