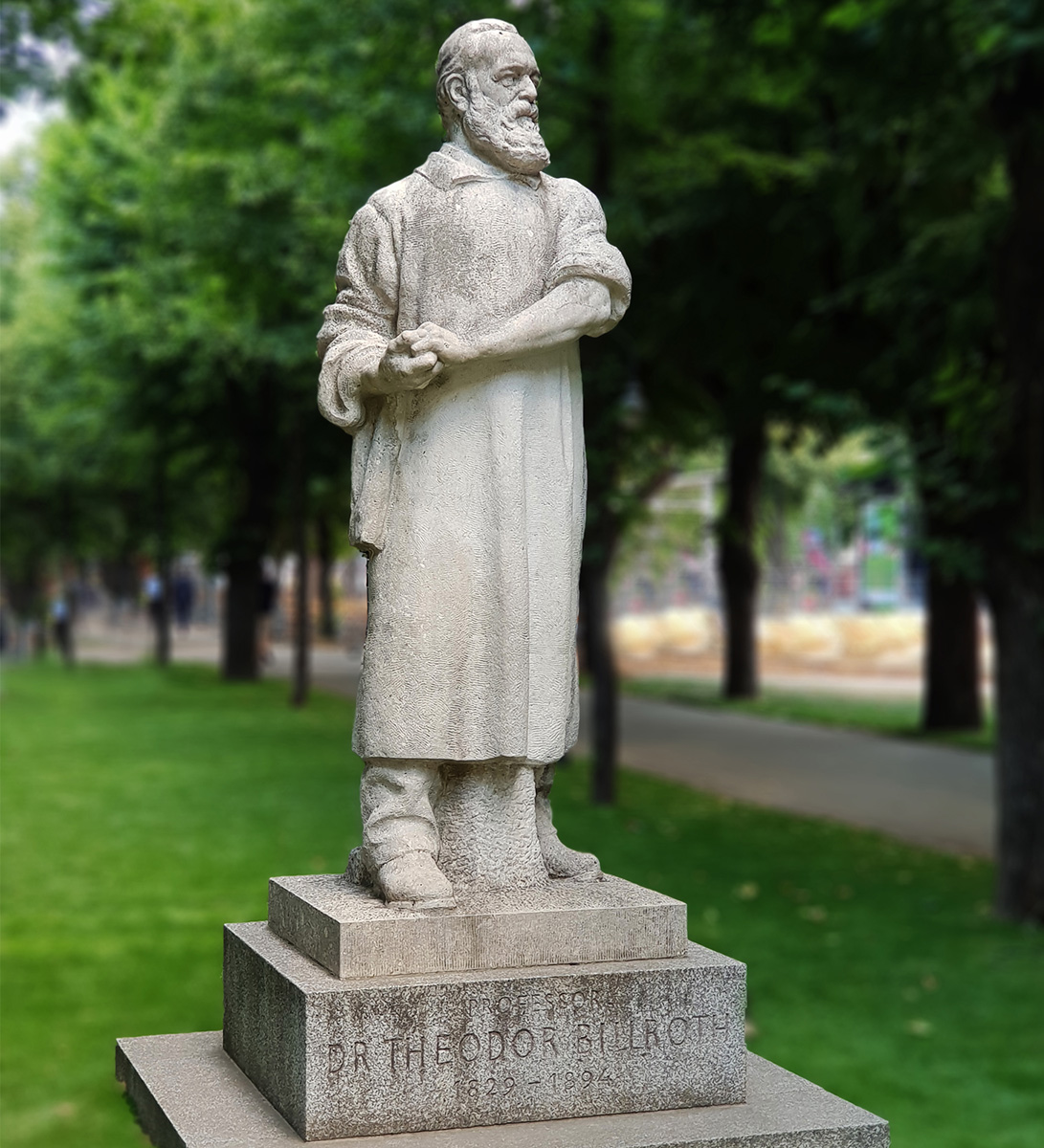 The monument commemorates the surgeon Theodor Billroth (1829-1894). He became famous throughout the world for his innovative operating techniques. In his writings he polemicised against Jewish students and became an apologist for the new, racial anti-Semitism in the 19th century.

Christian Albert Theodor Billroth was born on April 26, 1829 in Bergen auf Rügen in Germany and studied music and later medicine in Greifswald, Göttingen and Berlin. He obtained his doctorate in 1852 and his habilitation (or qualification to teach at university) in surgery and anatomical pathology in 1856. From 1853-1860 he worked at the Charité in Berlin and from 1859-1867 as professor at the Surgical Clinic of Zürich University. His research in anatomical pathology formed the basis of ‘surgical studies’.

In 1867 he was appointed second Chair of the Surgery Department in Vienna. Here he explored the cause of traumatic fever and accidental septic wound disease and published texts on surgical pathology and therapy. Billroth performed ground-breaking operations and championed the professionalisation of nursing and the building of both a nursing school (Rudolfinerhaus at 7 Billrothstraße in Vienna’s 19th district as of 1882) and a house for the College of Physicians (Billrothhaus at 8 Frankgasse near the General Hospital, which was opened in 1893).

Theodor Billroth died on February 6, 1894 in Abbazia (now Opatija in Croatia) on the Austrian Adriatic coast. He received a grave of honour at Vienna Central Cemetery.