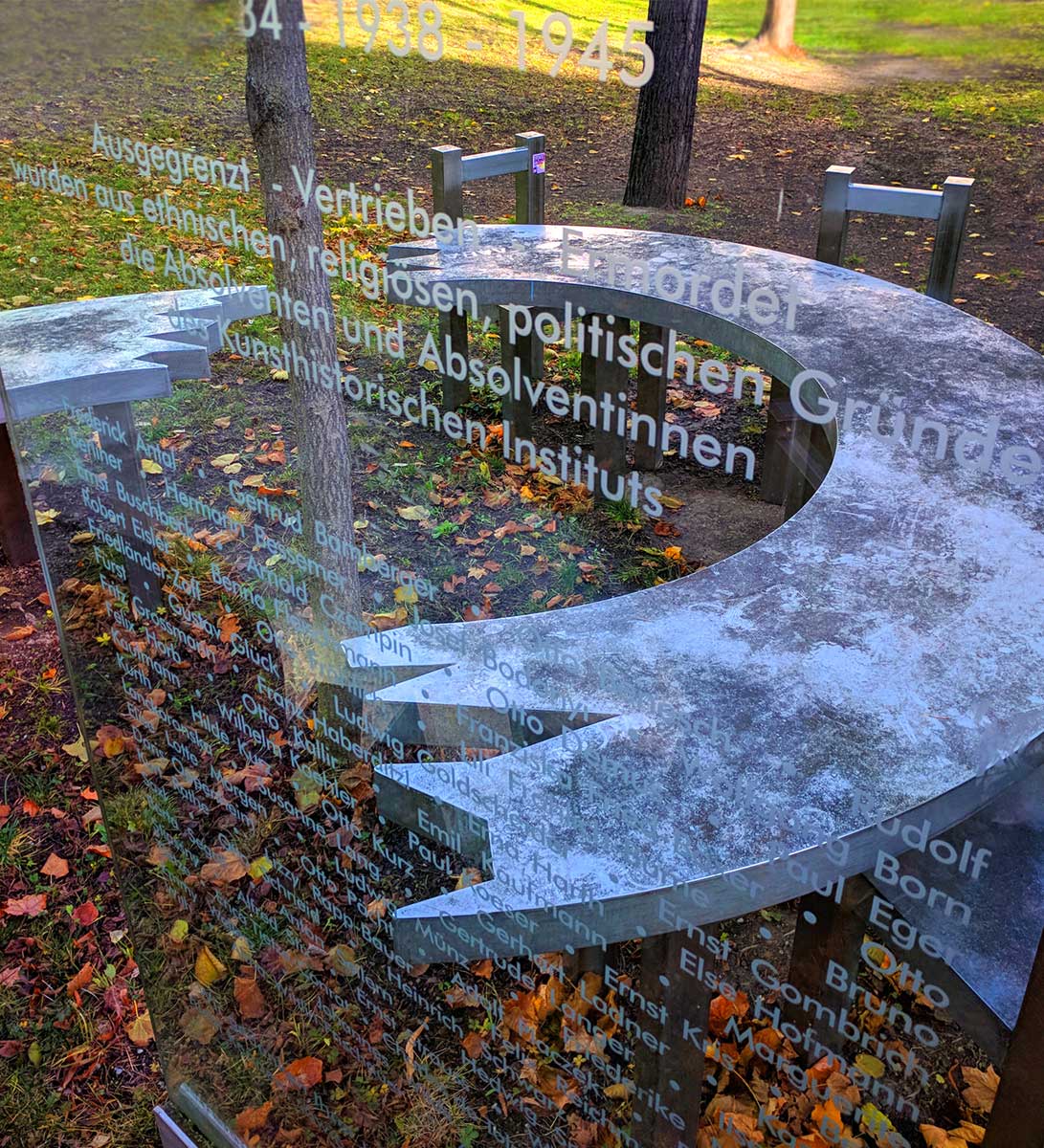 The accessible installation is in the form of a ring-shaped table which has been ripped in two. The chairs are sometimes placed close to the table and sometimes with a gap – some can be sat on while others always remain unoccupied. The centre of the monument on the lawn is a newly-planted empress tree.

A glass plate between the torn halves of the table bears the names of those who were ostracised, displaced and murdered. Over seventy people are named here.

Members of Vienna University who were displaced, ostracised and murdered under Austro-fascism and National Socialism, but whose names are not known, are also remembered.