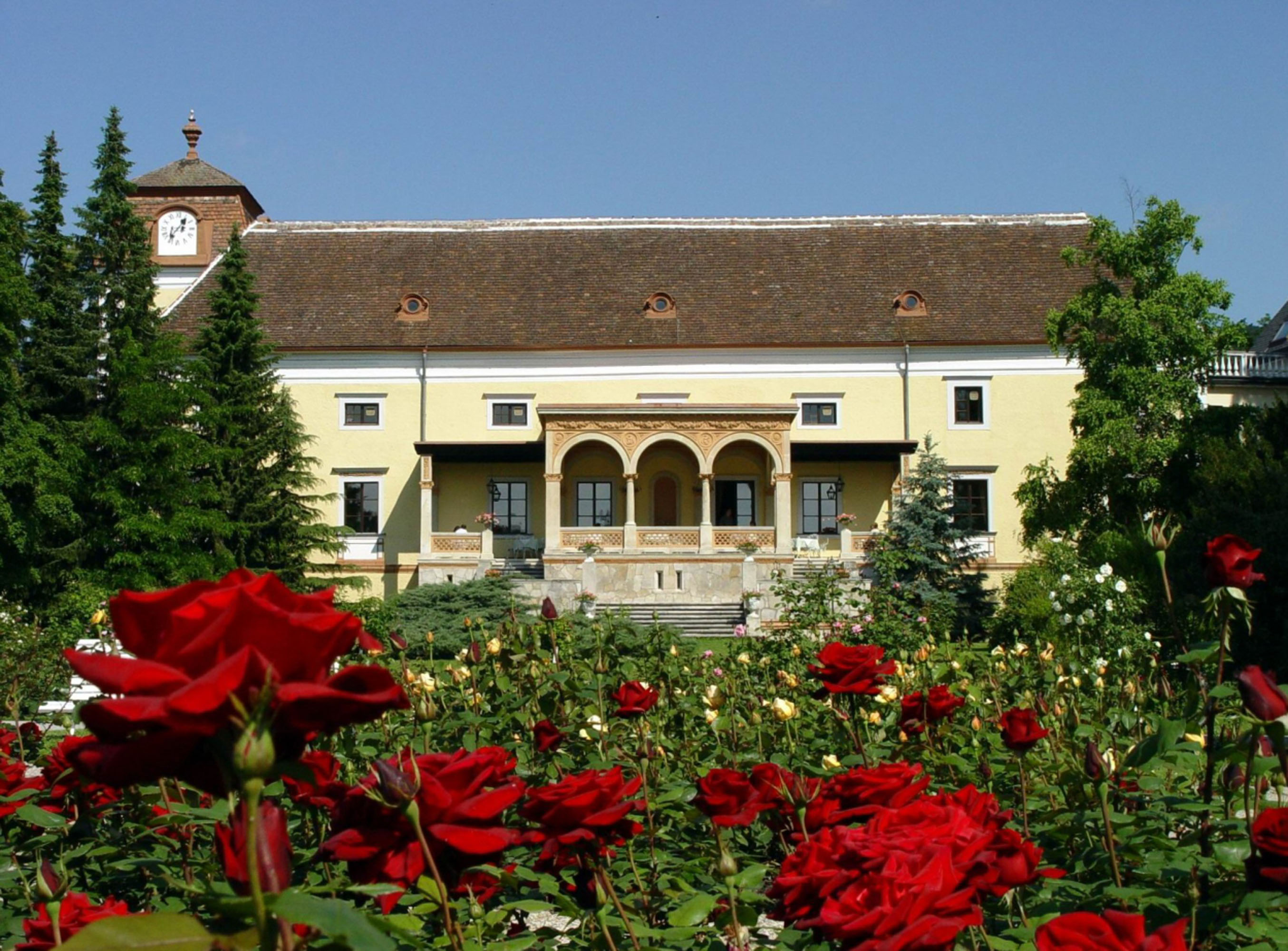 From moated castle to hotel

Weikersdorf Castle Hotel is an old moated castle. On the rear side you can still see the old castle ditch. Its centre, dating from the 13th century, is modernised sometime before 1600 in the Renaissance style. The magnificent arcade courtyard is a testimony to this phase of development. The owners of the castle and rulers from this time - Hagers, Reitters, Marschalchs, Khottlers, Stadtlers and Bayrs - have long been forgotten.

During the 2nd Turkish Siege in 1683 the castle is badly damaged and the ruins sold in 1692. The new owner Franz Anton von Guarient und Raal, the Emperor’s ambassador to the Sultan in Constantinople, has the castle renovated in the Baroque style and sections of the park directly in front of the castle restructured. His daughter Anna Magdalena and his son-in-law Salomon von Piazzoni add the Orangery; its pavilion-like festival hall – known as the Sala Terrena - has been maintained into modern times.

After Salomon von Piazzoni’s death his widow remarries Baron Carl Hieronymus von Doblhoff-Dier in the winter of 1742/43. In this way the castle and grounds come into the hands of Doblhoff family, by whose name the park is still known today.

In 1816 Carl Hieronymus Doblhoff’s grandson of the same name has the park turned into an English-style landscape park as befitting the tastes of the time, but the old avenues from the Baroque era are kept. Visitors find these antiquated but are grateful for their pleasant, cool shade. Along with this transformation the park is made accessible to the public, since up until this point only selected guests, such as the Imperial Family, have been admitted.

After WW2 the municipality of Baden faces the problem that Doblhoff Park is split in 2. The northern part of the park with the castle and orangery is still in the possession of the Doblhoff family while the rest has belonged to the town since 1942.

It is around another 20 years before Baron Heinrich von Doblhoff-Dier sells the badly-damaged castle complete with park to the municipality of Baden. This happens in June, 1966.

Now nothing stands in the way of a thorough park renovation. In 1969 Baden’s Rosarium is opened around the Baroque pavilion, the last remnant of the Orangery. Weikersdorf Castle is made into a hotel and, under changing management, has been in operation ever since.