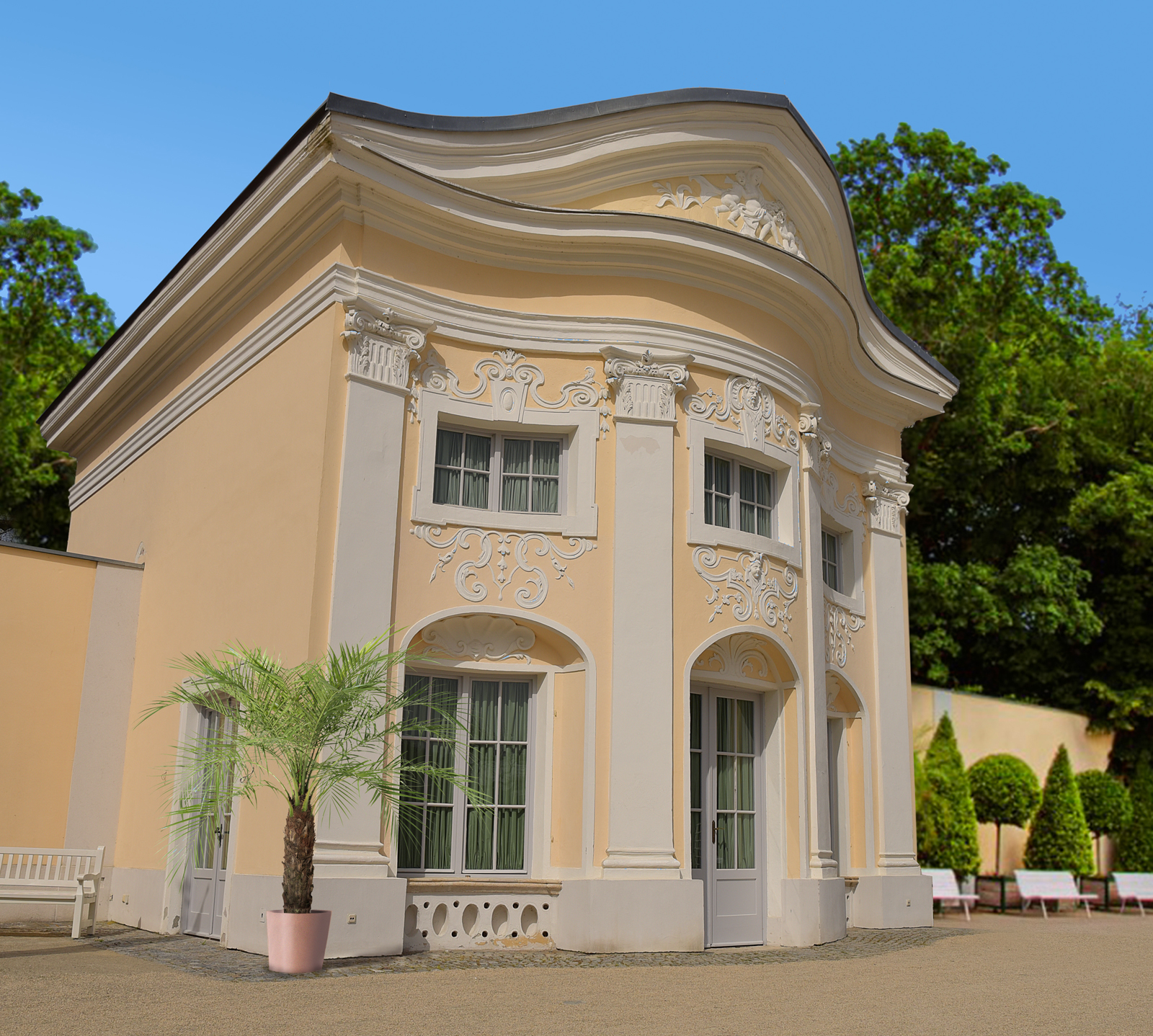 A registry office in the rose garden

Between 1692 and 1735 Franz Anton von Guarient und Raal and his son-in-law Salomon von Piazzoni have a pleasure garden created, with a summer house, canals, bridges, steps, statues and plants from southern climes. This work of garden art also has an orangery with 2 side wings which is constructed from 1728 to 1731.

The Sala Terrena, the central pavilion, is all that remains of the original structure. When it is built the Orangery encompasses 2 additional side pavilions as well as 2 so-called sun traps. The latter have high, slightly angled glass walls terminating in a cove.

This allows for enough shade in summer and enough light during the rest of the year when the sun is low. The gardeners of the 18th century use wood-burning ovens on the rear of the side pavilions to ensure that the temperature remains perfect for the sensitive citrus plants.

Orangeries, which become popular from the 16th century, not only serve for the protection of orange and lemon trees during winter months. Members of noble society take pleasure in strolling about, celebrating parties or receiving guests among the rare and therefore valuable plants.

Opposite the pavilion, at the end of a long path, lies a fountain which recalls what was once Baden’s mightiest structure: Weilburg Castle, built by Archduke Charles in 1820 and one of the most important Neoclassical buildings in Austria.

When the remains of the castle were detonated in 1964, the owners at the time present the fountain as a gift to the municipality of Baden. The Federal Monuments Office takes on its restoration on the condition that the town of Baden choses a worthy site for it to be installed. And one is found in Doblhoff Park, where it completes the axis of the Orangery.

Here the Baroque Orangery serves as a registry office in the middle of Baden’s Rosarium. It is possible to get married here, framed by thousands of roses in bloom.