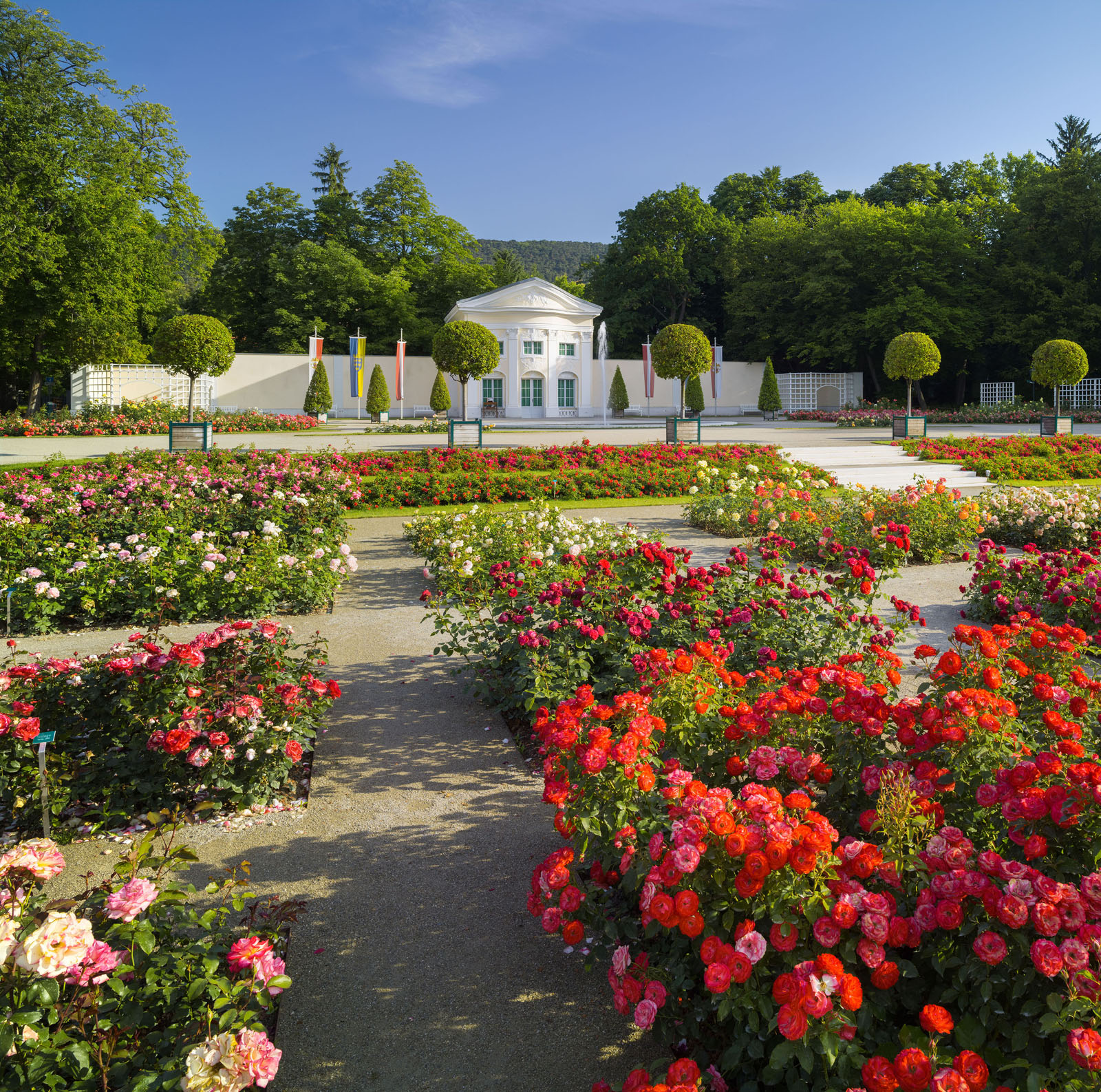 One of the largest in Europe

A rosarium is an artistic garden in which roses from all over the world are collected and made accessible to the public.

Roses have been cultivated for thousands of years. From around 250 wild varieties of the plant which occur in the Northern Hemisphere alone, close to 30,000 have come about through hybridisation and selectivity.

People have been able to admire the splendour of the rose at Baden’s Rosarium since 1969. Over 25,000 rose plants in more than 800 different varieties are thriving here on an area of over 75,000m², with such wonderfully sounding names like “Empress Elisabeth” or “Maria Henrietta Countess Chotek”.

In addition, Baden’s Rosarium possesses the only international rose trial garden in Austria. Here, new breeds of rose are tried out on open ground. It is only after this that a new rose gets its name and certification and goes on sale. This is a lengthy process. It normally takes 15 years from the first buds of a new rose in the trial garden to the tradable product. There is even a rose christening for particularly successful breeds.

Rosariums are a European tradition. It is Empress Joséphine, Napoleon’s wife, who has the first rose garden created at Château de Malmaison near Paris. At the time of her death in 1814 her rosarium is home to all known rose varieties of the day – around 250 in total.

Archduke Charles, a younger brother of Emperor Francis I, founds the tradition of rose cultivation in the grounds of Weilburg Castle, which no longer exists. Baden’s famous cure doctor and enthusiastic naturalist, Anton Rollett, counts over 1,600 varieties of rose here in the year 1834.

Baden’s Rosarium is one of the largest in Europe and also the only one to be tended without artificial fertiliser by Baden’s Town Gardens. During June and July every year, thousands of visitors pour in to experience perhaps the most beautiful flower in the world up close at lectures and numerous events during Baden’s Rose Days.