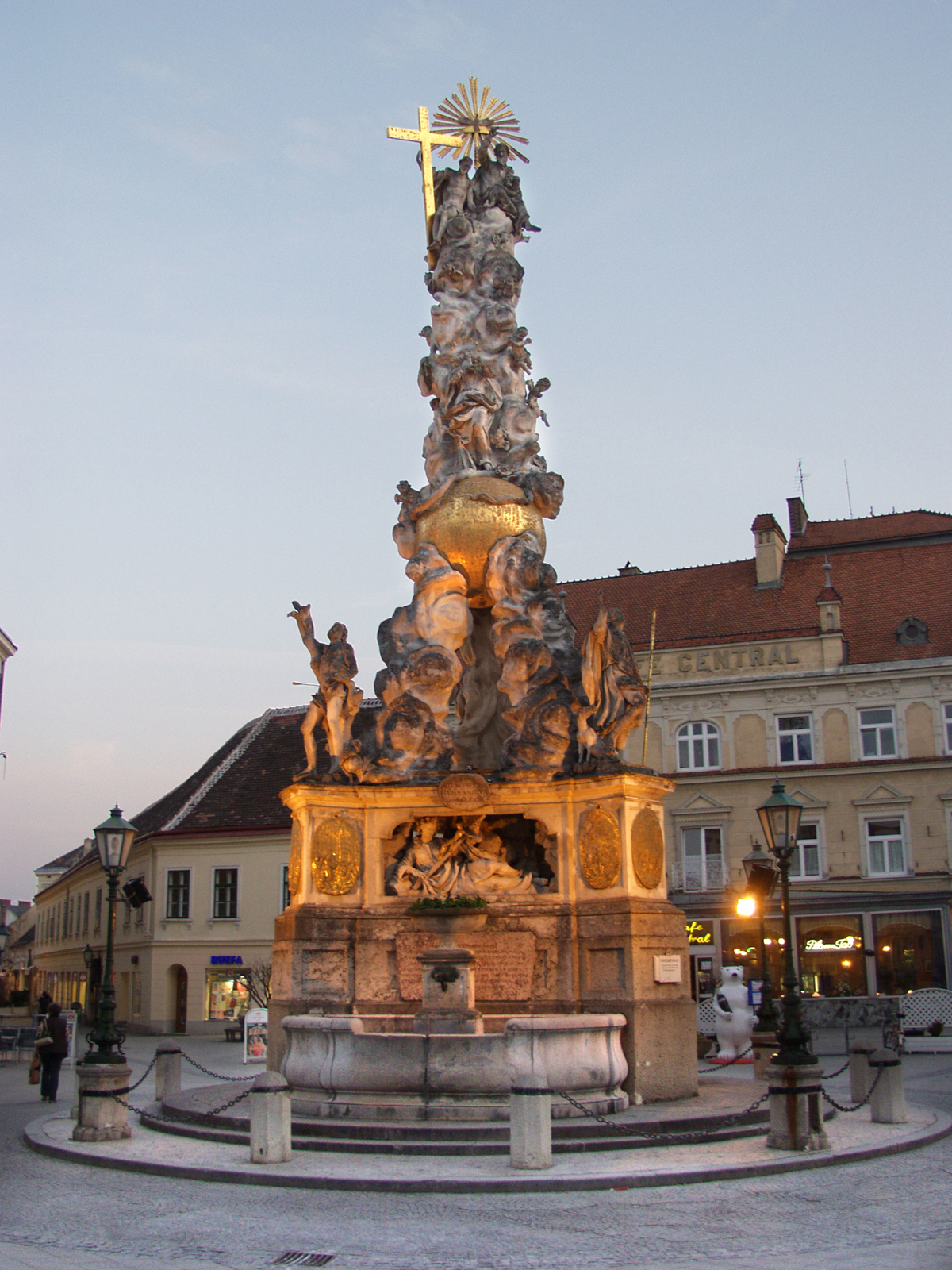 When the plague arrives in Vienna in 1679, Baden is not spared either. The small town south of Vienna suffers 1,200 deaths by the plague, representing a third of the population at that time. In a similar way to Vienna the survivors pledge to erect a trinity column or plague column in thanks for when the plague is finally over.

The world-famous monument on Vienna’s Graben in erected in 1693, in Baden in takes another 20 years. For the plague returns to Vienna in 1713, but this time Baden is, for the most part, unscathed. In the same year the column by sculptor Giovanni Stanetti is inaugurated on the Main Square.

The base area of Baden’s plague column is very much like the one in Vienna. The symbolism of the Holy Trinity of the Father, Son and Holy Ghost is already indicated by the triangular base.

Admittedly the area above the base of Baden’s column is significantly narrower than that of its Viennese counterpart. A golden globe is enthroned in the middle, in the upper part the column opens up into a depiction of the Trinity.

The fountain in front of the column is not added until 1833. It is erected in thanks for the failed attempt on the life of Archduke Ferdinand, later Emperor Ferdinand I.

In the Middle Ages the town pillory stands on the same spot, where, for example, grape thieves would be chained up and reviled for an hour with a vat of grapes on their back.