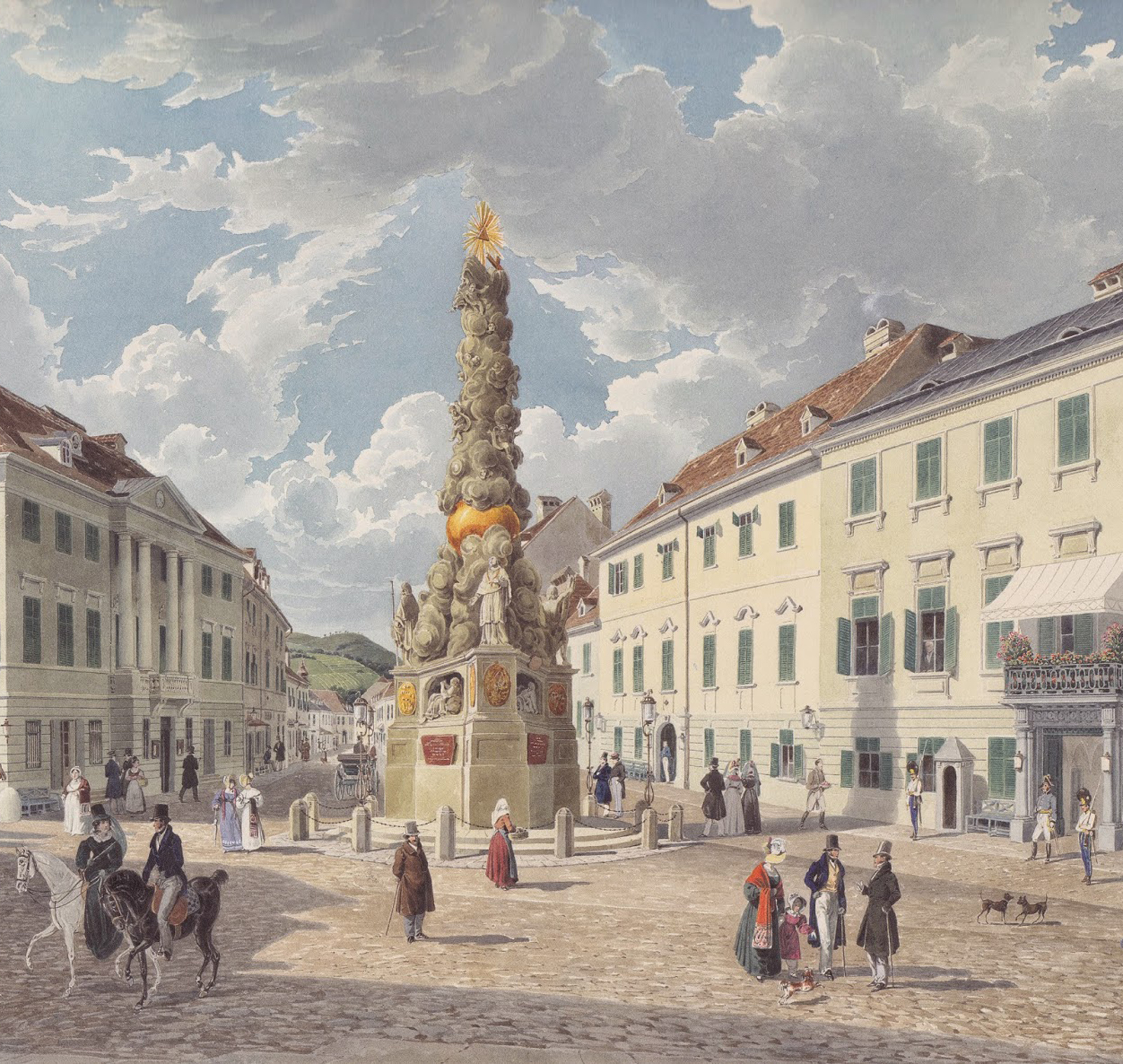 Nowhere is the historically-cultivated flair of Baden and the different chapters of the history of this once noble cure resort as tangible as on Baden’s Hauptplatz (Main Square).

The Trinity Statue presides at its centre, based on the plague column on Vienna’s Graben and erected in 1713 to remember the plague epidemic which has just come to an end. The Town Hall can also be found here, rebuilt after the fire of 1812 like many of the town’s structures. We have Emperor Francis’s stubbornness to thank for the façade with its Neoclassical portico. The town citizens want a replica of the old Renaissance Town Hall but the Emperor insists on a new building designed by court architect Johann Aman.

The Main Square is also home to the Kaiserhaus (Emperor’s House), the Neoclassical building Emperor Francis I procures in 1813 to spend the summer months in thereafter. He paves the way for Baden’s reputation as a cure resort of international standing and nobles, the wealthy middle classes and world-renowned artists rapidly followed suit.

Since the demolition of Weilburg Castle in the 1960s, the Emperor’s House, which is now home to a museum, is probably the building which reflects most strongly the former presence of the Imperial Family.

Discover now in this highlight exciting information about the Emperor’s House, the Plague Column and Baden Town Hall.