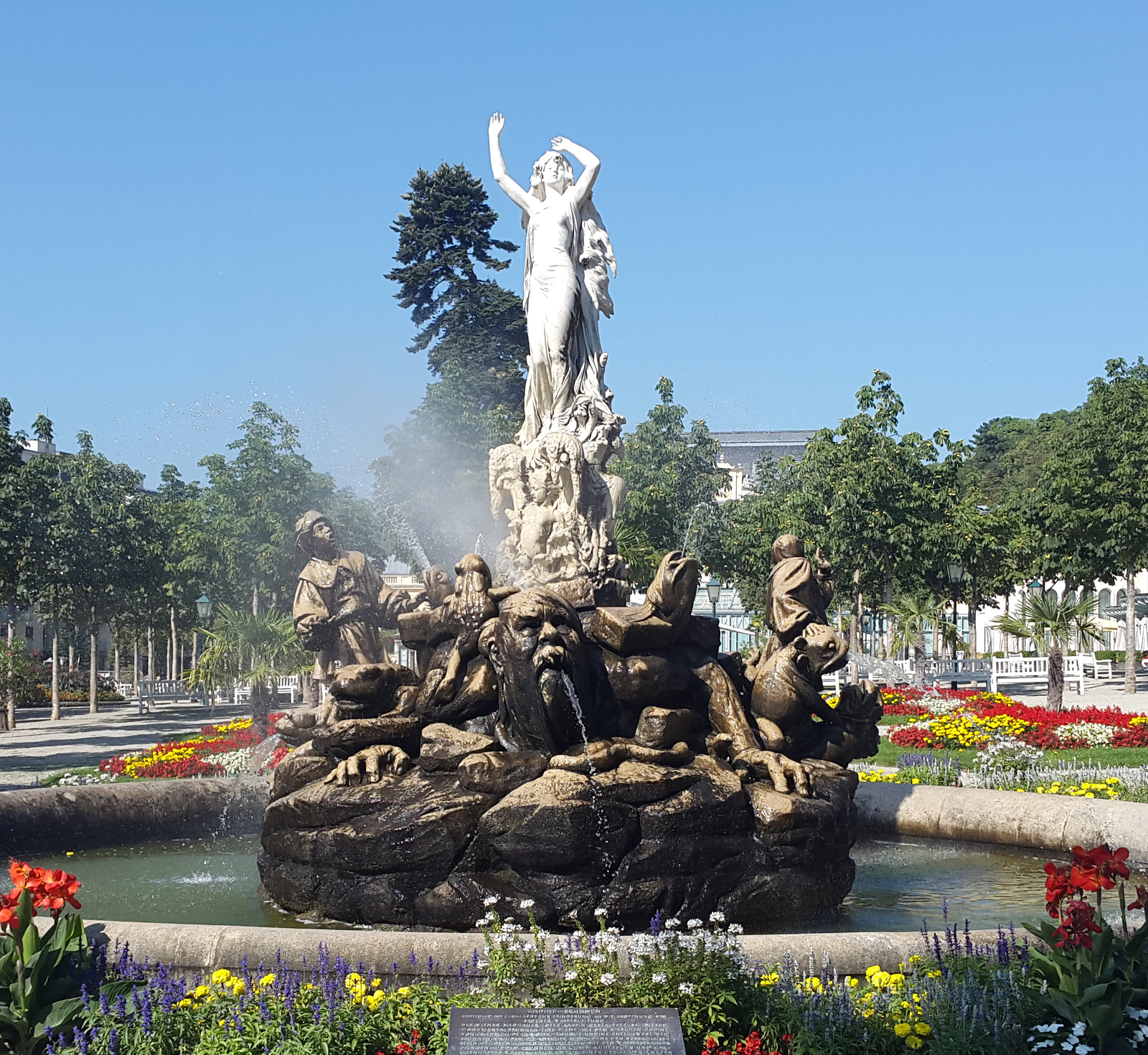 The green heart of the town

Baden’s Kurpark, with an area of 52 hectares, lying at the southwest foot of the Kalvarienberg, is not only the oldest tourist destination in Baden but the green heart of the town.

In its over 200 years of history the park is above all the meeting point of guests from all over the world and from 1796 to 1835 the summer residence of Emperor Francis and his family. Parties, up to 3 spa concerts every day and theatre performances round off the entertainment programme for its fashionable clientele. At the same time the park is also the site for privacy, amusements and solitude. One comes here to find peace and inspiration.

The Baroque Theresienbad (Maria Theresa Baths), built in 1758, originally stands where Baden Casino can be found today. The small Theresiengarten (Maria Theresa Garden) extends from these baths, which is reinaugurated as the Town Park (Stadtpark) towards the end of the 18th century. The grounds, which are opened to the public in 1792 and become famous during the Biedermeier period, is still not enclosed at this time and are not even close today’s Kurpark in size.

This is the case until 1837, when the municipality of Baden comes into the possession of the so-called Lang’schen gardens, created by industry baron Ignaz Lang between the small Town Park and the Kalvarienberg. More plots of land are bought up and by 1925 the Kurpark has developed into its modern size and shape.

From the end of the 19th century on, Baden’s Kurpark is enhanced with numerous historic attractions which can still be enjoyed today. In 1899 monuments to the poet Franz Grillparzer as well Emperor Joseph II are erected, in 1912 a monument to composers Joseph Lanner and Johann Strauss I. In 1928 the Beethoven Temple is added along with the famous flower clock.

In this highlight discover exciting stories from Baden’s Kurpark, about Baden Casino for instance, the Summer Arena and the music pavilion.