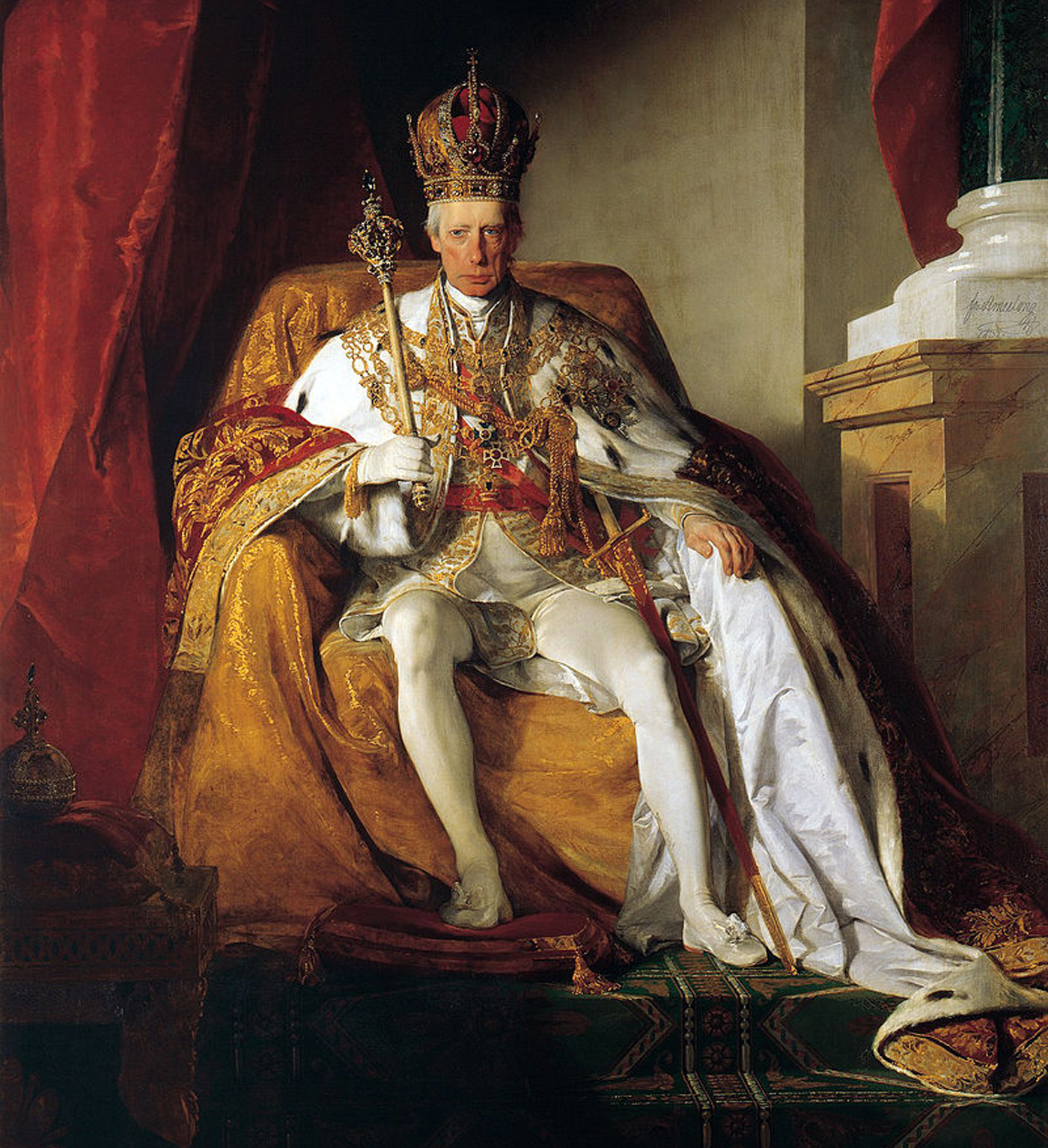 It is Emperor Francis I who awakens the town of Baden from its fairy tale slumber with his annual summer visits. From 1796 to 1834 he spends nearly every summer here. In tow are not only numerous members of the Imperial Family, but also representatives of the nobility, the wealthy middle classes and internationally-renowned artists. Baden becomes a cure resort of international standing.

Francis II/I loves the town of Baden, and the town of Baden, or rather its inhabitants, love their Francis. It is the reason the Habsburg wears the shabbiest top hat in the kingdom – the brim soon becomes worn from the tipping of his hat on strolls through Baden’s streets. But the Emperor does not have the hat replaced, firstly because he hates unnecessary expense and secondly because he sees it as a sign of acknowledgement.

He has the knack, in contrast to State Chancellor Prince Metternich whose reactionary politics make him thoroughly unpopular, of presenting himself as the benevolent Emperor of the people, as a guarantee of continuity, as symbol of the Habsburg Empire. Although Francis shares Metternich’s ideas and visions, the hesitant monarch increasingly allows his top politician to take the reins. By the end of the Congress of Vienna in 1815 Metternich alone controls the fate of the monarchy de facto.

Francis prefers a life of reclusiveness. In keeping with his sober personality he rejects pomp in any form. The inauguration of the imperial dignity in 1804 is issued by decree – there is no festive coronation. And during his summer sojourns to Baden Emperor Francis resides in the unpretentious Kaiserhaus (Emperor’s House) at Number 17 on Baden’s Hauptplatz (Main Square) rather than in an imperial palace.

“I took a look at the house we are supposed to occupy and have to confess to you openly that I find it neither suitable for living in this year nor for the necessary improvements.” Empress Maria Ludovica writes this to her husband Emperor Francis I after being shown the new residence for the Imperial Family’s yearly stay in Baden on June 10th, 1813. However her protests bear no fruit.

The Emperor’s withdrawal to private life expresses the zeitgeist of the Romantic period, the nobility and the wealthy middle classes acting in kind. The Biedermeier period is all about the beautification of one’s immediate living space rather than concerning oneself with current politics. And this, of course, includes gardens.

Emperor Francis I is a passionate gardener himself. He leaves behind his landscaping mark not only in Baden but in the many grounds and properties he acquires over the years in the east of today’s Austria. It is no coincidence that a biography about Emperor Francis from 1881 is titled, “The Flower Emperor”.

Image: Emperor Francis I with the Insignia of the Austrian Empire, Friedrich Amerling, 1832 © Public domain