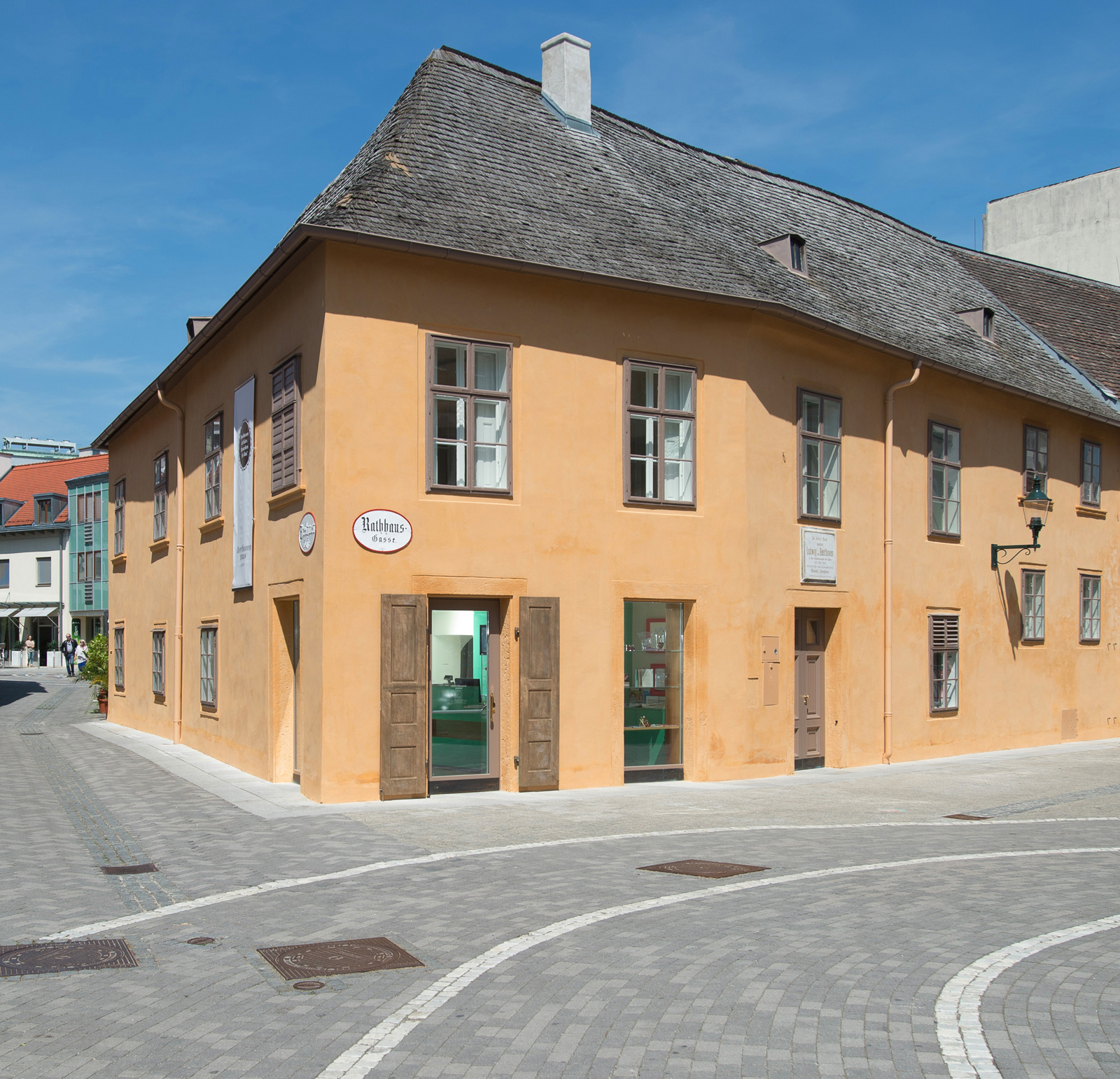 Of all the great musicians that visit Baden over the centuries, Ludwig van Beethoven was probably the one who felt the closest connection to the imperial holiday town and its inhabitants.

Theodor von Frimmel writes in his “Beethoven Handbook” in 1926 that the composer must have got to know the area south of Vienna towards the end of the 18th century - a first extended visit is proven by correspondence from 1803.

Beethoven returns on a regular basis in the years that follow, seeking relief from a variety of health problems. But he also composes here, creating important sections of his famous symphonies: his 3rd, “Eroica”, “Pastoral” and his 9th.

Above all it is the beautiful wildlife in the Helenental Valley that impresses the artist. He is said to spend hours walking there, often in torn clothes, muttering and gesticulating wildly. In summer he goes hiking in just a shirt, his frock-coat hanging on a stick over his shoulder. He keeps a sketchbook of ideas and inspiration for his music and often becomes so lost in thought that he frequently loses his way and has difficulty getting back to his quarters in the town. Today the Beethoven Stone on a Helenental footpath marks the composer’s favourite spot.

On September 10th, 1821 the composer writes to his publisher Tobias Haslinger about his early morning walks: “My hearing does not bother me here. It is as if every tree in the countryside would speak to me.”

He proves his loyalty to Baden and its inhabitants in 1812 when a devastating fire reduces the town to ashes. Beethoven is in Carlsbad in Czechoslovakia at the time and spontaneously organises a charity concert in aid of reconstruction.

In the summers of 1821 to 1823 Beethoven resides in Baden’s so-called Kupferschmiedhaus (Copper Smith’s House) at Number 10 Rathausgasse. Since autumn of 2014 this house has been home to a special museum about the man and musical genius Beethoven.

The life and work of the famous composer are presented here in a new and often surprising way. The rooms suggest how Beethoven would have lived during his 3 visits, the ailments he suffered from, how he spent his time when he was not composing and whom he met. Furthermore his compositions which were written in Baden, including his 9th Symphony, can be experienced and heard in a special way.