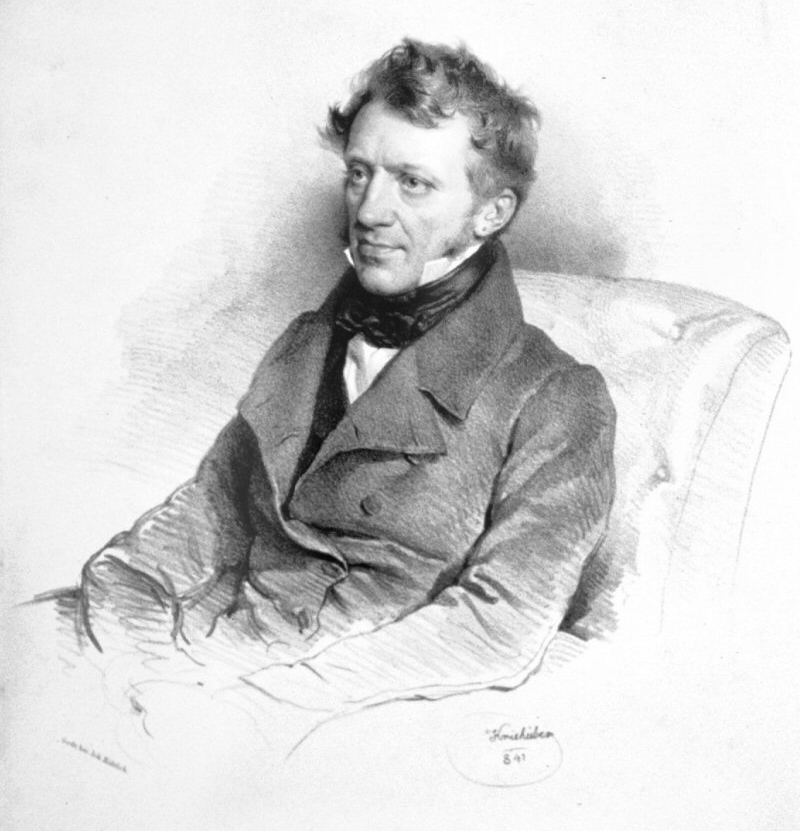 A monument to an honorary citizen

Musicians are not the only artists to grace the noble cure resort of Baden with their presence over the centuries, numerous poets turn up here too. Among them Franz Grillparzer, perhaps the most significant playwright in the history of Austrian literature.

Since from the early 19th century the name, position and origins of each spa guest staying In Baden for longer than 5 days must be registered by their host, we know today precisely who was staying in Baden when.

In any case, Grillparzer’s presence in the summer of 1818 is historically documented. He stays at Number 5 Rollettgasse, remembered by a memorial plaque today. Just 17 years of age, Grillparzer is supposed to have made the first drafts of his “The Golden Fleece” trilogy here.

During his stay in Baden in the year 1818 he encounters the 48-year-old Ludwig van Beethoven, who is already showing signs of sickness. He visits the composer in the Magdalenenhof at Number 10 Frauengasse. Grillparzer is supposed to have been so taken with the house, that he resides here himself on later visits.

On July 18th, 1818 he sends his friend Thomas Schreyvogel a letter: “I have sat on the ruins of Rauhenstein and Rauheneck these past days (…) I liked it so much that I, in all seriousness, called forth the ghost of Frederick the Quarrelsome – but he didn’t come.” After receiving it Schreyvogel writes to a mutual friend, ”Our Grillparzer is in Baden at the moment and is trying the restorative power of sweet idleness, which agrees with him splendidly.”

Franz Grillparzer stays in Baden a total of 17 times between 1818 and 1871. Eye witnesses report that the dramatist prefers to spend his time in the Kurpark, specifically on his favourite bench near to where the music pavilion stands today.

There is even a monument in the Kurpark remembering the famous poet, who is declared an honorary citizen of Baden in 1865. It is unveiled in 1874, 2 years after Grillparzer’s death, and relocated to its current site next to the flower clock in 1899.