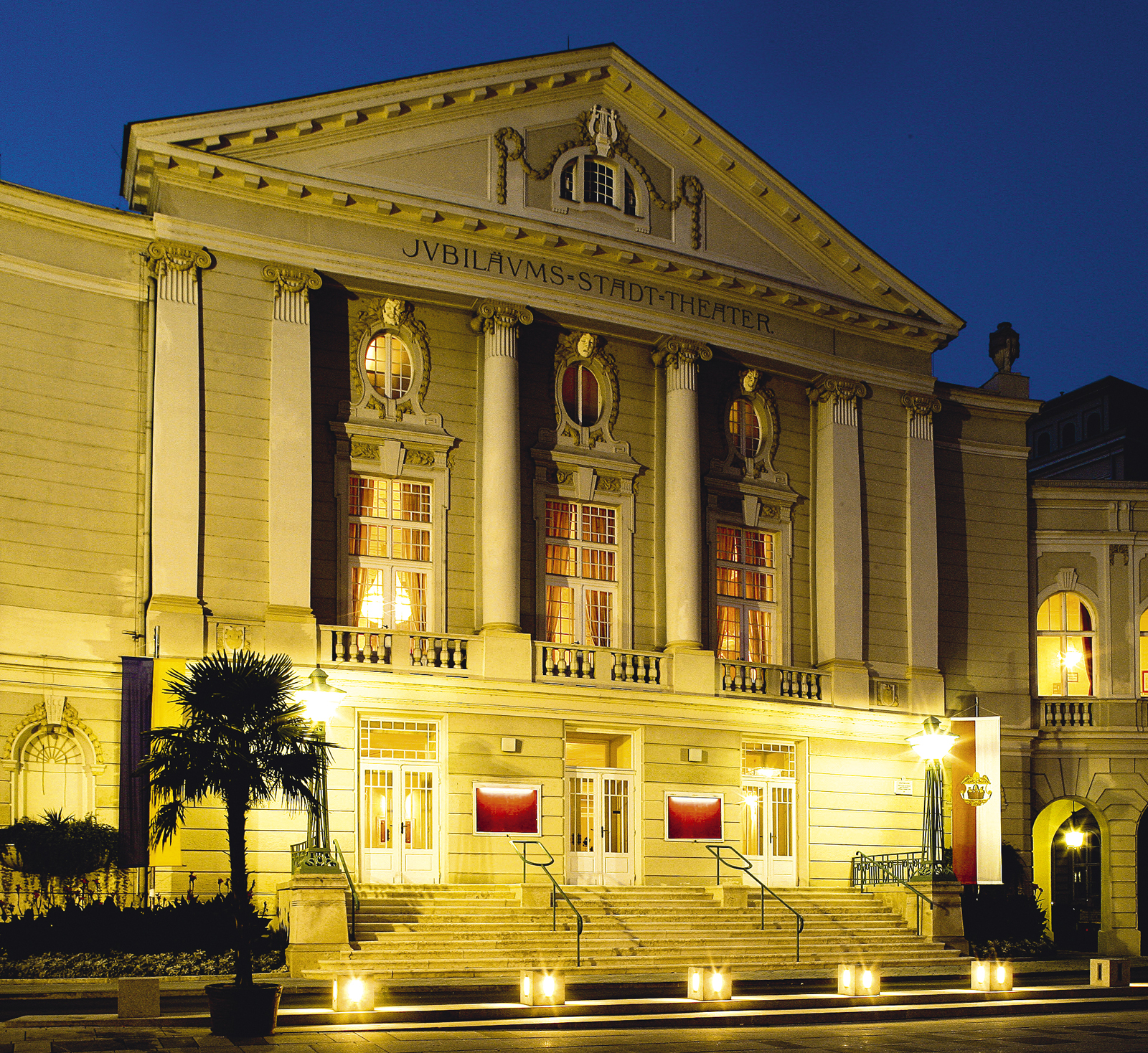 International successful artists have been coming to Baden even before the regular summer visits of the Imperial Family under Emperor Francis I. To visit the spa, to network, to work and to perform.

Baden’s Stadttheater plays a big part in this; the provincial theatre is the one of the oldest theatrical traditions in Lower Austria with a history reaching back to 1716. Initially a simple, shingle-roofed brick building, torn down in 1811 after having fallen into disrepair, stands on the site of the modern theatre.

Star architect Josef Kornhäusl is commissioned to create a new building and the theatre is inaugurated a year later. Particularly during the imperial summer visits efforts are made to secure the best and most famous artists.

Ferdinand Raimund makes guest appearances here, as does Johann Nestroy. The latter performs at Stadttheater Baden in August, 1851 with 2 colleagues from Vienna’s legendary Carltheater. Because they are such a success the make another guest appearance a few months later. But this time one blunder is made after another: there is no welcome at the station, no servants and no room reserved. No laughing matter for the 3 comedians, who leave again without playing.

By the beginning of the 20th century Kornhäusl’s now dilapidated theatre is nearly 100 years old and represents a constant fire hazard. A new theatre is needed, and in honour of the 60th anniversary of Emperor Franz Joseph’s coronation in 1908 the idea is to call it the “Emperor-Franz-Joseph-Jubilee-Theater”. But the monarch declines.

In 1909 the new theatre is opened with a scene from Franz Grillparzer’s “King Ottokar, His Rise and Fall” and the 2nd act of “The Fledermaus” (“The Bat”) by Johann Strauss. The same opening programme is played in 1929, 1939 and again in 1959 following renovations.

The Stadttheater, which along with the Summer Arena and the Max-Reinhard Foyer is part of Bühne Baden (Baden Stage), has been at the cultural centre of the town for over 100 years.

In this highlight discover thrilling facts about 3 of the artists who have made their mark on Baden over the centuries.