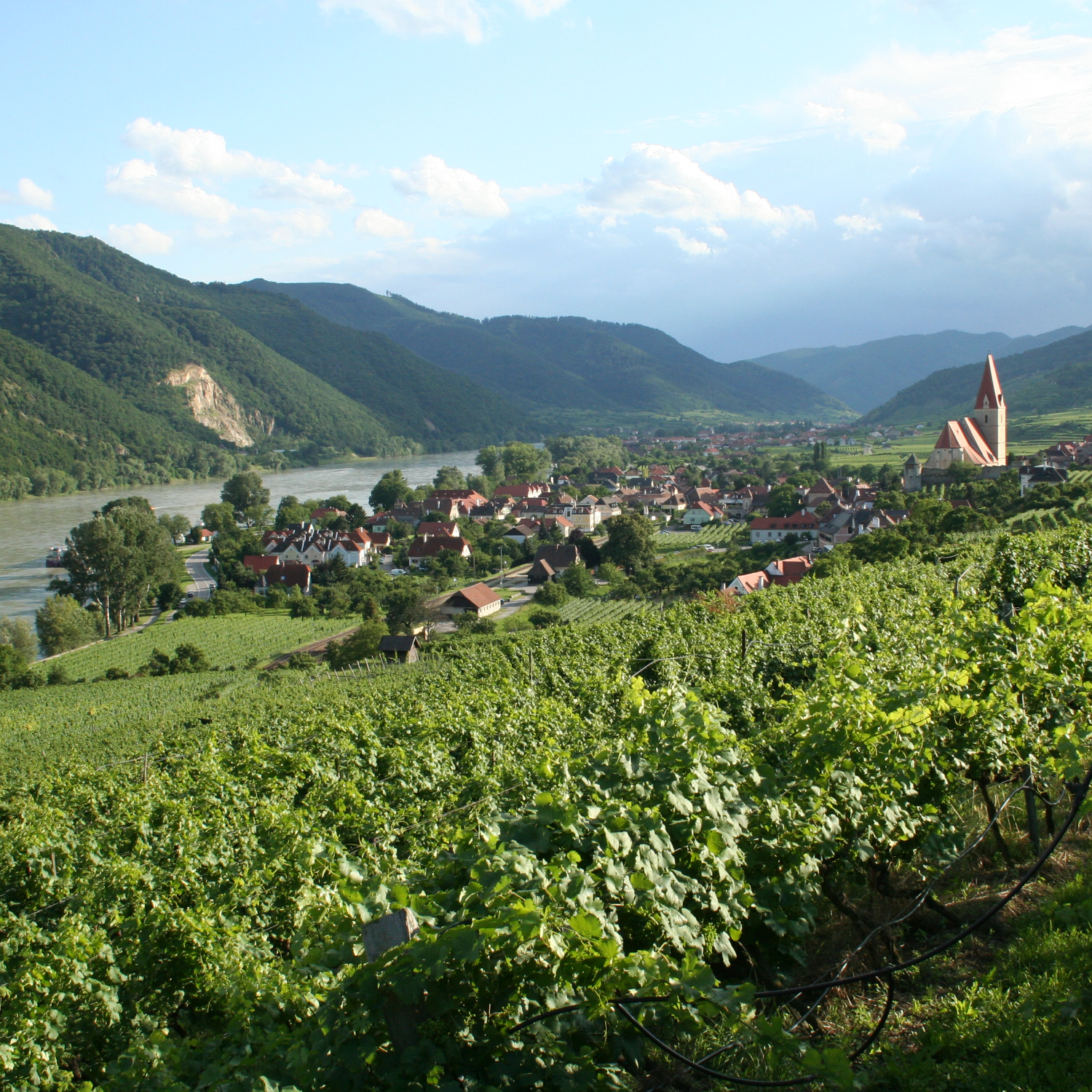 Here in Weißenkirchen some attributes of the Wachau World Heritage can be experienced firsthand: the almost picturesque quality of the Wachau as a harmonious connection between terraced vineyards, forests and human settlements have grown over the centuries, connected by the free-flowing Danube River.

In addition to the Teisenhoferhof, the Gothic fortified church dominates the townscape of Weißenkirchen. The construction of the church lasted from the late 13th century through several stylistic epochs until the early 18th century.

The defining element for Weißenkirchen over the centuries, however, was and is viticulture. For centuries, many monasteries, mainly from Bavaria and Upper Austria, operated their wineries here. The so-called “Lesehöfe”, the yards in which the grape harvest was collected and processed, functioned as the centers of these possessions.