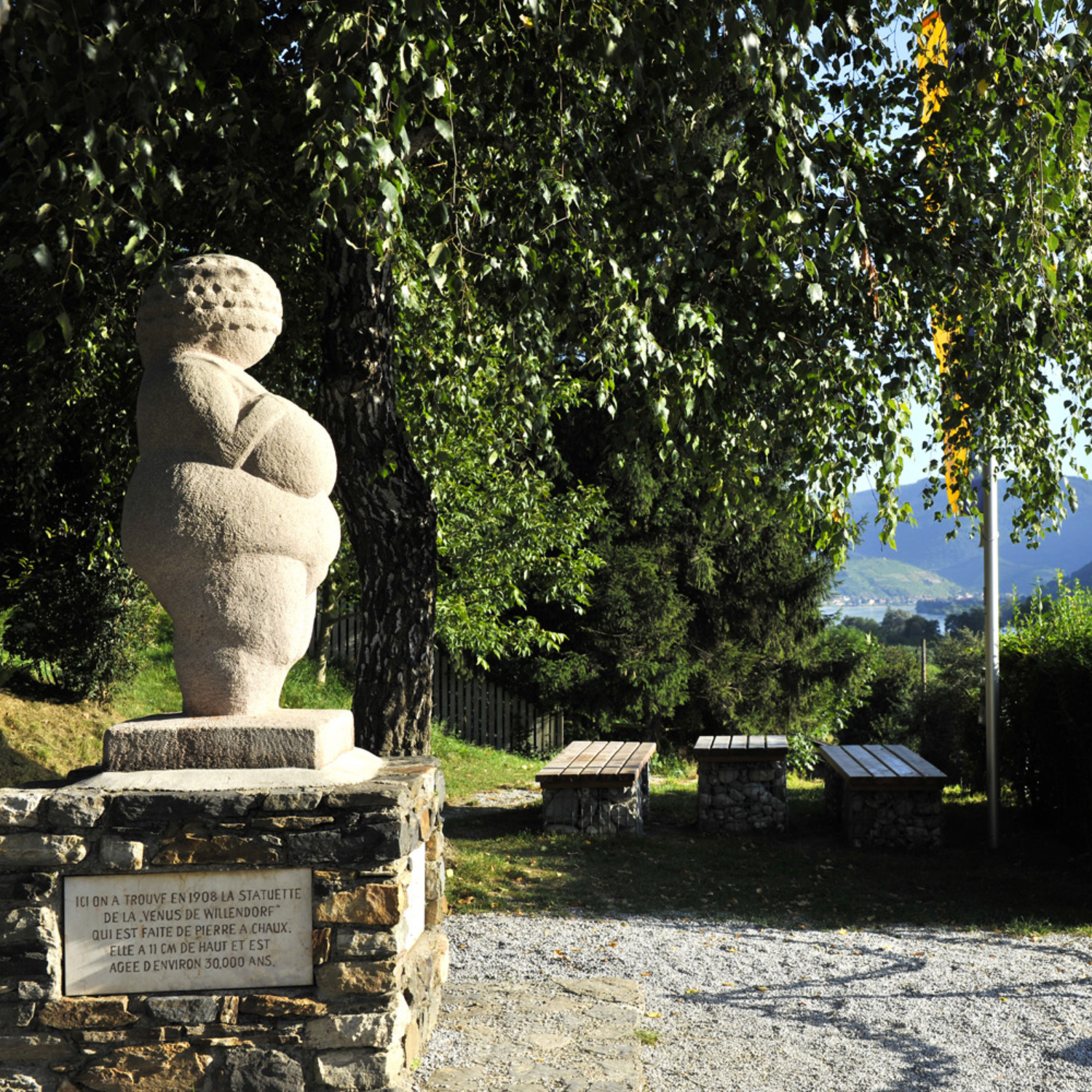 The Venus of Willendorf symbolizes an important world heritage attribute of the Wachau: the long historical development of a cultural landscape that is not only due to the special geography and geology of the region, but also manifests itself in material evidence.

Up to this day, around 130 depictions of Venus have been found in Europe and Asia, which often have common features, but hardly any of them come close to the perfectly shaped Venus of Willendorf.

The age of the sculpture has long been estimated to be around 25,000 years old, but the latest research suggests around 29,500 years. This makes the Venus of Willendorf the oldest, completely preserved representation of a person and of inestimable archaeological value.

When the Venus was finally shown in Willendorf on the occasion of the 100th anniversary of its discovery, a high-security display case was also set up here. This showcase has been furnished every year since 2010 with the work of a contemporary artist, who presents its very own version of a Venus for Willendorf.