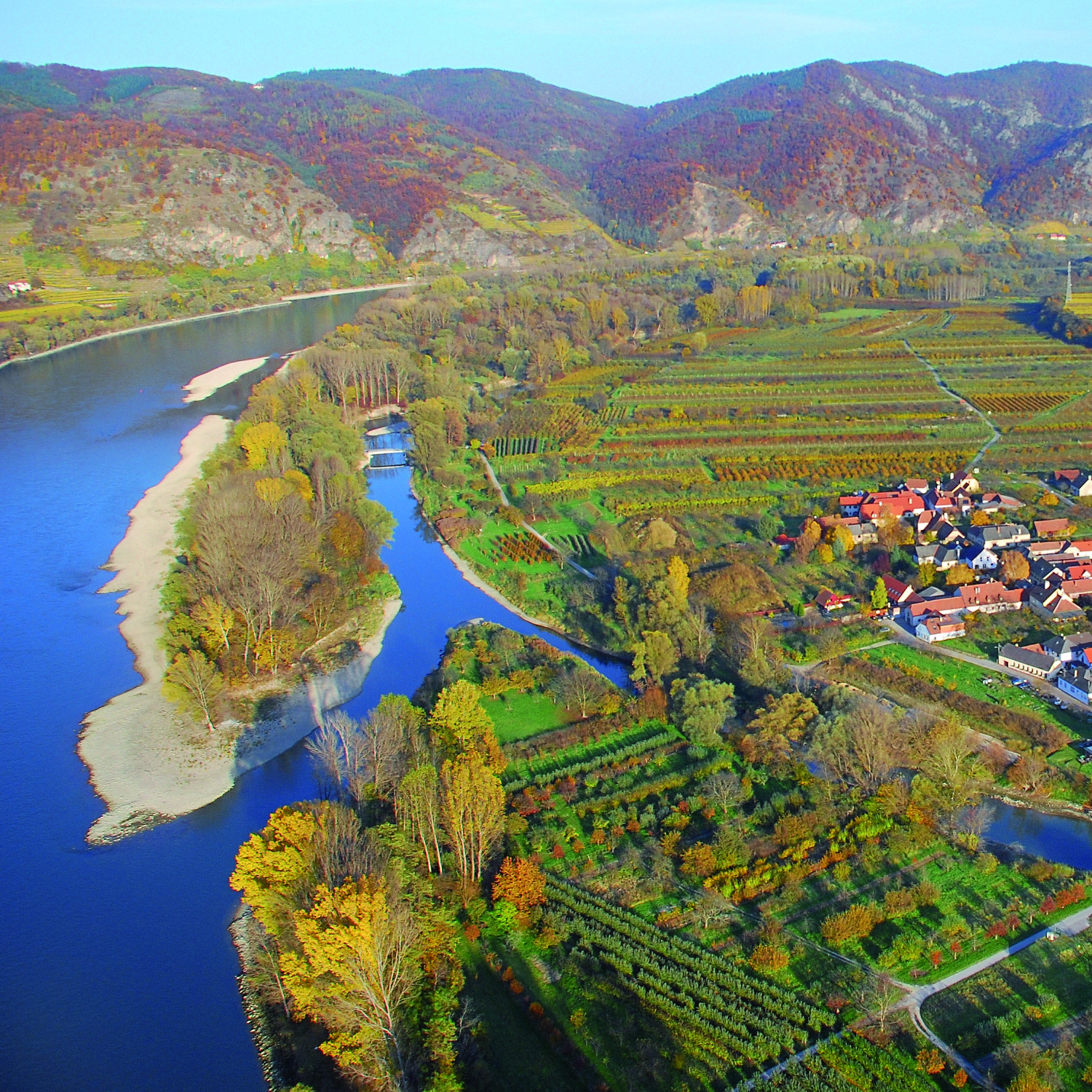 The Wachau is a cultural landscape that is largely dominated by viticulture. The structure of the wine-growing terraces, the dry-stone walls and the many buildings that characterize the townscape, such as pens, castles and reading yards, form the unmistakable character of the Wachau World Heritage landscape. Natural landscape formations and elements designed by humans not only complement each other in a coherent and beneficial way for the eye of the beholder, but also offer fauna and flora varied habitats. For example, in the Pritzenau alluvial forest between Rührsdorf and Rossatz. It was here, of all places, that a hydropower plant was to be built in the 1970s, a project against which the local population soon met with fierce resistance.

In fact, the construction of the power plant could be prevented and in the following decades parts of the Danube landscape in the area between Rührsdorf and Rossatz were restored to their original state. For this purpose, oxbow lakes of the Danube were reconnected to the mainstream, creating a new habitat for almost forgotten Danube fish, such as the sneep and the Danube salmon, and many other animal species, such as the sandpiper and the colorful kingfisher.

In addition, several hectares of fruit fields were converted into alluvial forest and still water areas, bays and small-scale bank structures were created. Similar projects have been and are being carried out in Grimsing near Emmersdorf as well as in Schönbühel and Aggsbach Dorf. There are numerous apricot gardens in the immediate vicinity of the alluvial forests, which make Rossatz-Arnsdorf the largest apricot-growing community in Austria.