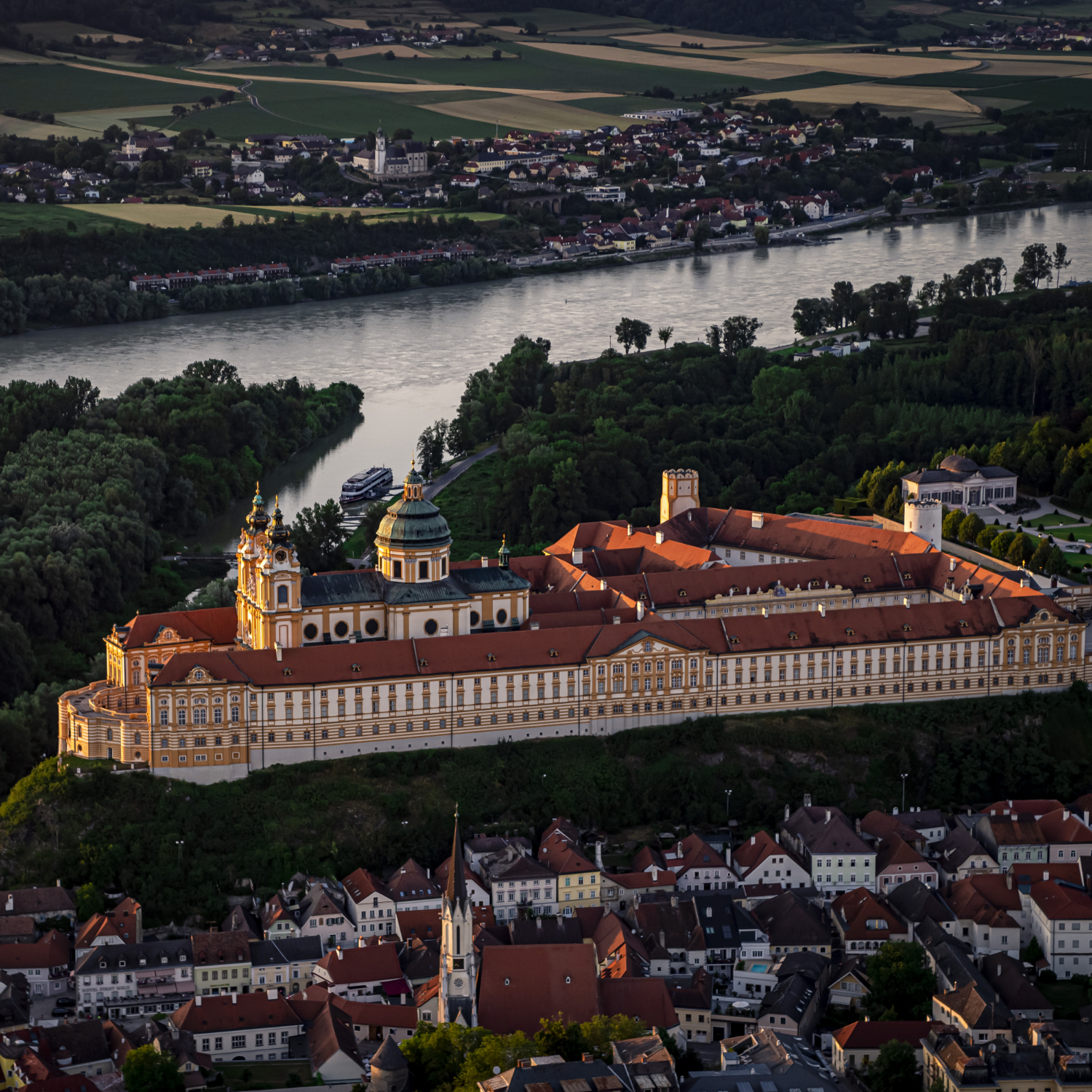 The municipalities of Melk on the right bank of the Danube and Emmersdorf on the left bank are located at the western end of the Wachau and mark the gateway to this unique cultural landscape.

Here in the area around Melk and Emmersdorf, some of the Wachau World Heritage attributes can be seen particularly clearly. For example, the large-scale relief of the river landscape with valley plains, slopes, ditches and the free-flowing Danube, as well as the harmonious connection of natural and near-natural areas, of forests and settlements, which can be perceived from many points of view.

And there are some dominant buildings that characterize the townscape, such as the imposing Melk Abbey, the railway viaduct near Emmersdorf and Schönbühel Castle, enthroned on a 40-meter-high cliff.

The city of Melk can look back on more than a thousand years of history. The historic city center, the world-famous Melk Abbey and the special location as the western entrance gate to the Wachau World Heritage Site contributed significantly. The audio guide "Der Rote Faden Melk" tells more about the eventful history of the municipality of Melk. A text-link to the audio guide can be found here in the app.

Emmersdorf, a few kilometers downstream from Melk on the other bank of the Danube, is also almost 900 years old; the village was named in a document as early as 1133. The landmark of Emmersdorf is the viaduct of the Wachau Railway, which extends with eight arches over the valley cut of Emmersdorf. The building was completed in 1908, incidentally in the same year in which the famous Venus was discovered near Willendorf.