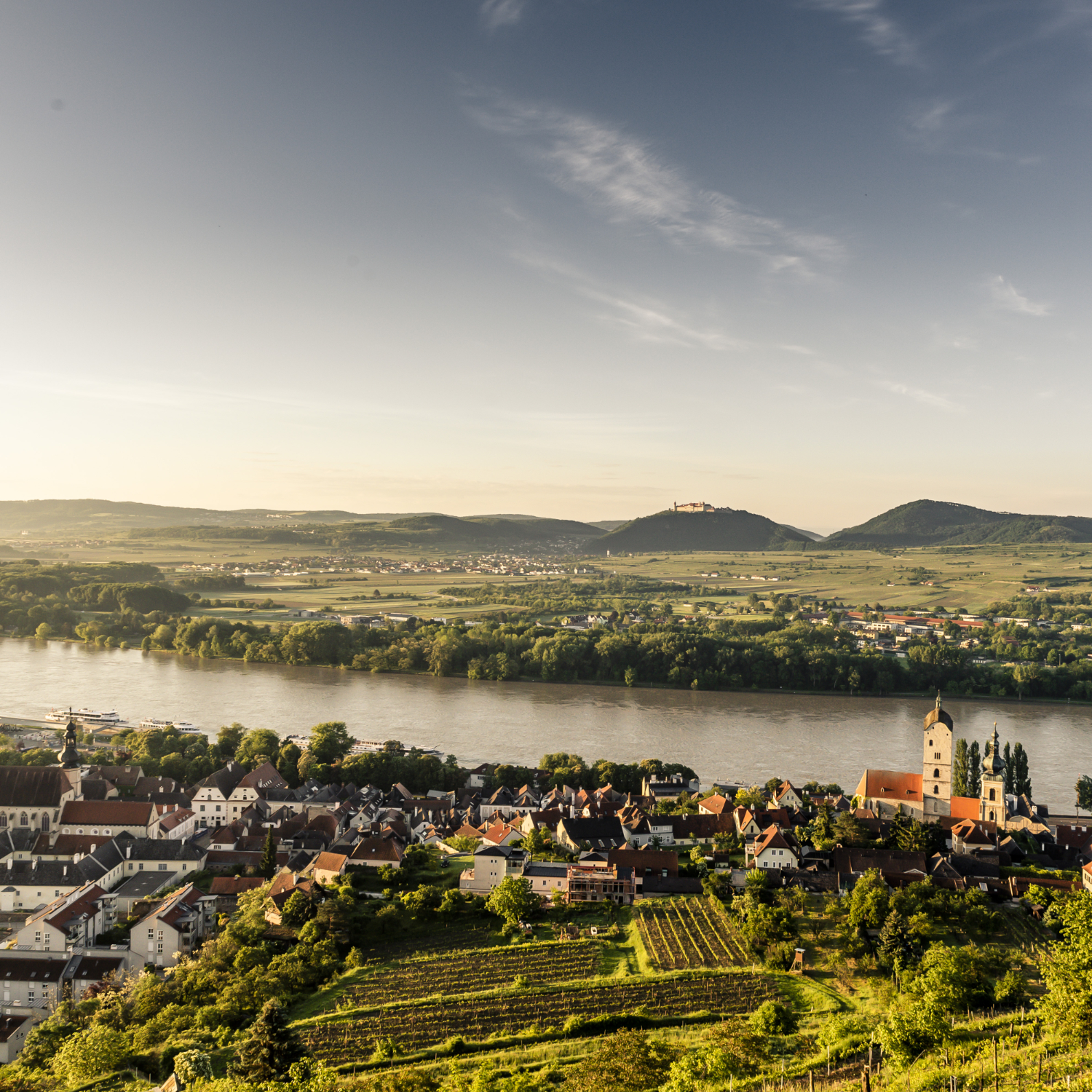 The oldest branches in the Krems-Stein area probably go back to the Paleolithic. In 2005, a 30,000-year-old double grave was discovered on Wachtberg, 40 kilometers away. Krems itself was first mentioned in writings around the year 995; what is mentioned here is a medieval settlement called "orientalis urbs quae dicitur Chremisia". In 1072 “eine Siedlung am Stein”, a "settlement on the stone" was also mentioned in a document.

During the Middle Ages, Krems not only achieved considerable tax revenues through trade and viticulture, but also increased prosperity. In the 12th century, for example, the “Kremser Pfennig” was minted in one of Austria's first mints, and Krems even made it onto the “world map” of the Arab scholar and cartographer Al-Idrisi in 1154 alongside Regensburg, Passau and Vienna.

But with the beginning of modern times the economic decline of the area around Krems-Stein began. Many citizens, baptized Protestants, had to give way to the pressure of the Counter Reformation and emigrated. In addition, a devastating fire at the end of the Thirty Years' War destroyed large parts of Krems.

It was not until the 19th century that Krems-Stein's function as an administrative center, traffic junction and court seat brought about a slow economic recovery and increasing political importance. The years 1938 to 1945, the time of National Socialism, marked a serious turning point. The persecution and expulsion of Jewish citizens and a massacre of political prisoners in the Stein prison were the sad climaxes of that era. After the Second World War, it was necessary to gradually remove the devastating damage caused by bombing, especially in Krems. And the Danube had to be stopped, which in the 20th century hit Krems and above all Stein again and again with ice rushes and floods. A protective dam was erected, and a mobile flood protection system was also built in 1996, the first in the Wachau.

Today Krems-Stein proudly presents some of the most important Wachau World Heritage attributes: magnificent town houses, dreamy narrow streets and towering church towers characterize the cityscape, which has received several awards. Finding a new architectural language of the present is and remains a challenge that has to be solved every time anew together with the monument protection. The twin town of Krems-Stein with 24,000 inhabitants is today an internationally recognized center of culture and education and has also been a university town since the Danube University was founded in 1994.