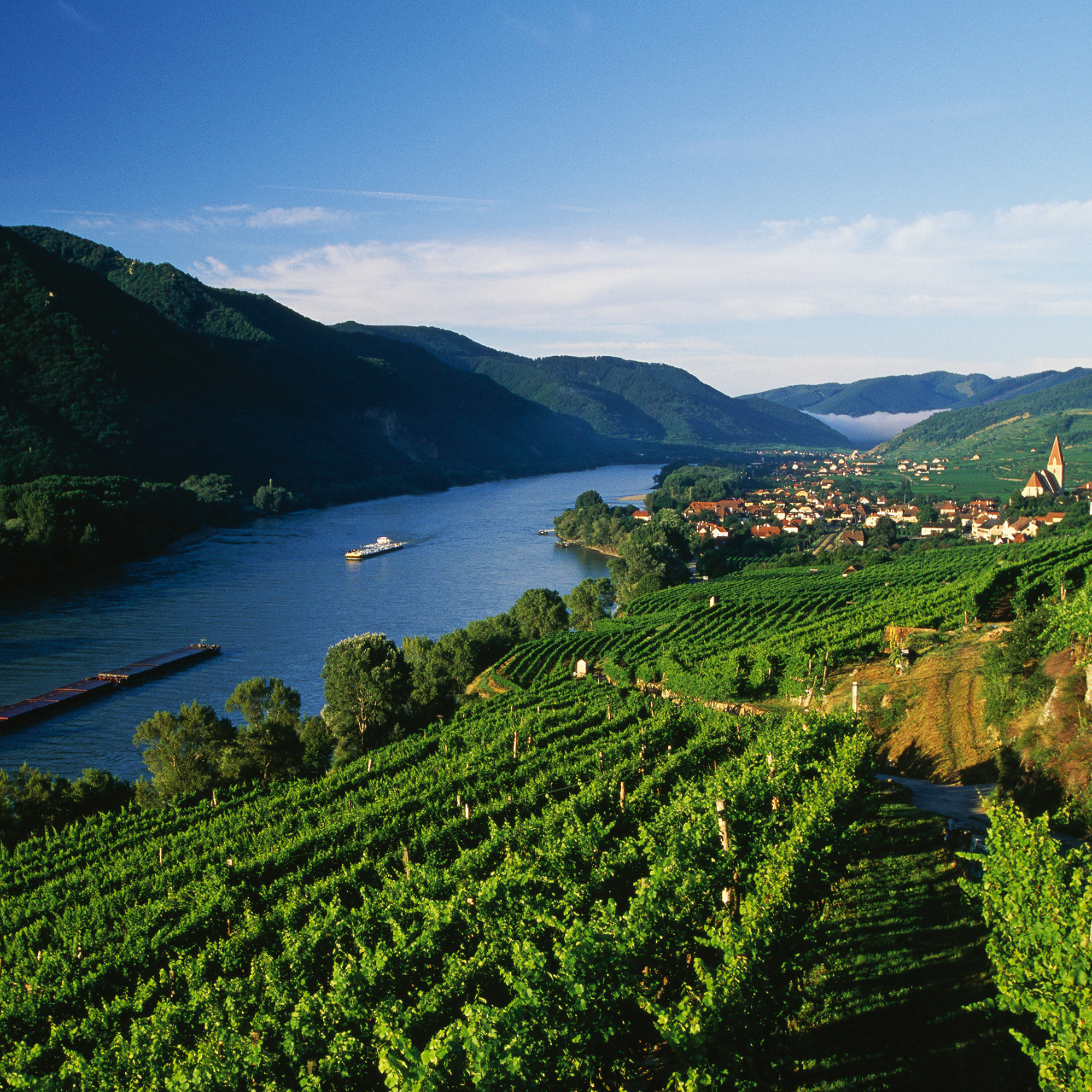 The Wachau is a 36 km long breakthrough valley along the Danube. Between Emmersdorf and Melk in the west and Krems/Stein and Mautern in the east, the river has dug itself deep into the mountainous landscape of the Bohemian massif, creating a unique natural landscape. It is one of the essential requirements for inclusion on the UNESCO World Heritage List in 2000.

When the region was included in the UNESCO World Heritage List in 2000, it met two criteria: on the one hand, as a prime example of a river landscape surrounded by mountains, in which the material evidence of its long historical development has been preserved to an astonishingly high degree. And on the other hand, as a medieval landscape, whose organic and harmonious development over centuries is perfectly illustrated by architecture, settlements and agriculture.