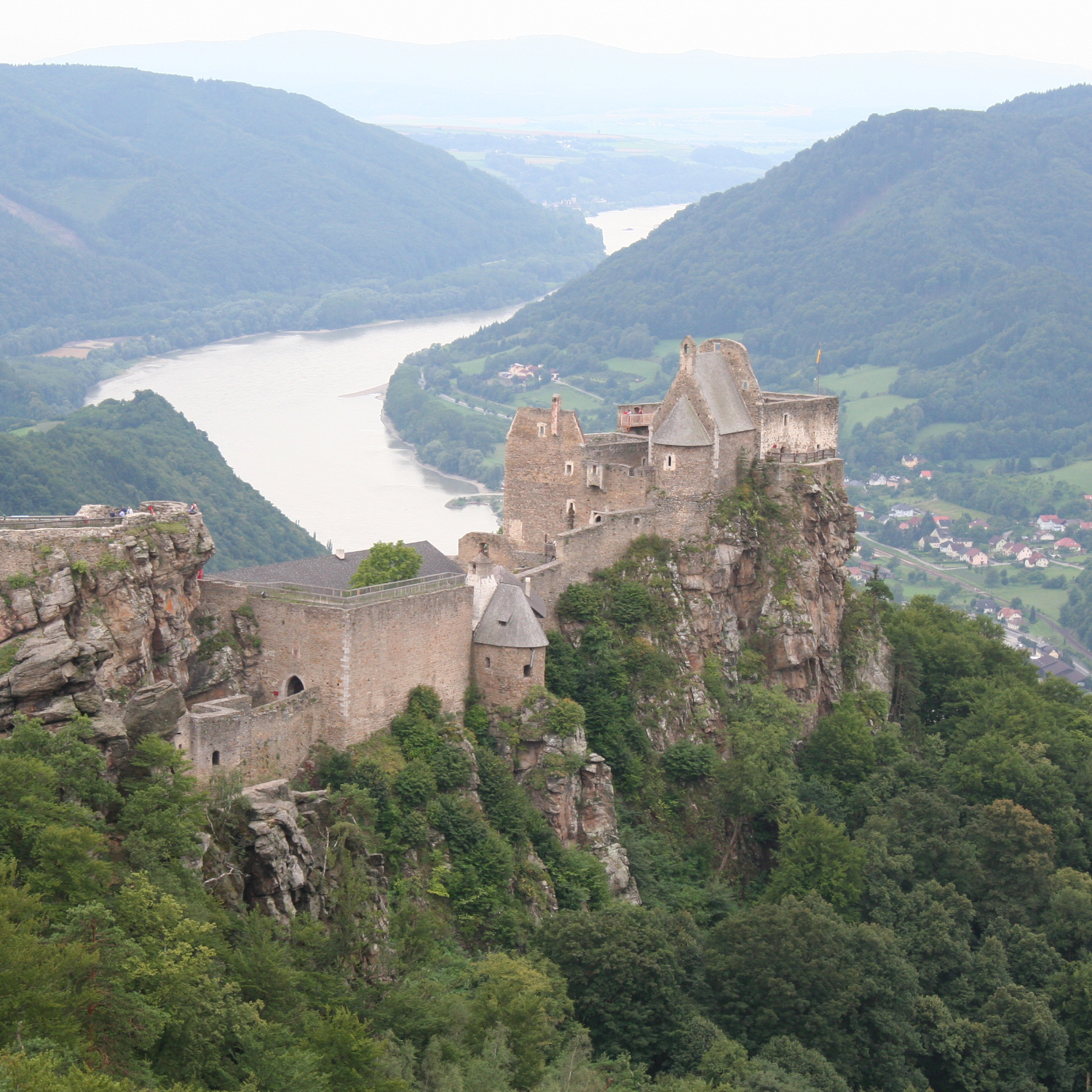 The legendary Aggstein castle ruins are perched on a rocky promontory 300 meters above the Wachau valley, visible from afar. Here, over the millennia, the Danube dug itself deep into the mountainous landscape of the Bohemian Massif, not only separating the Dunkelsteinerwald in the south from the Waldviertel in the north, but also creating an ideal relief for the construction of castles and fortresses.

The Aggstein castle ruins, which have now been excellently restored, are a dominant feature in the middle of the medieval landscape of the Wachau World Heritage Site. The earliest remains of the wall of the Aggstein castle ruins date back to the 12th century; the fortress was built by the once powerful ministerial family of the Kuenringer.

A former Carthusian monastery, founded in 1380 by Heidenreich von Maissau and his wife Elsbeth von Kuenring, which inspires its visitors with a museum, a church and the former cell wing that has been converted into a meditation garden is situated in the municipality of Aggsbach Dorf. The multimedia app guide “Aggsbach Charterhouse" tells more exciting stories about the Carthusian monastery. A text-link to the guide can be found here in the app.