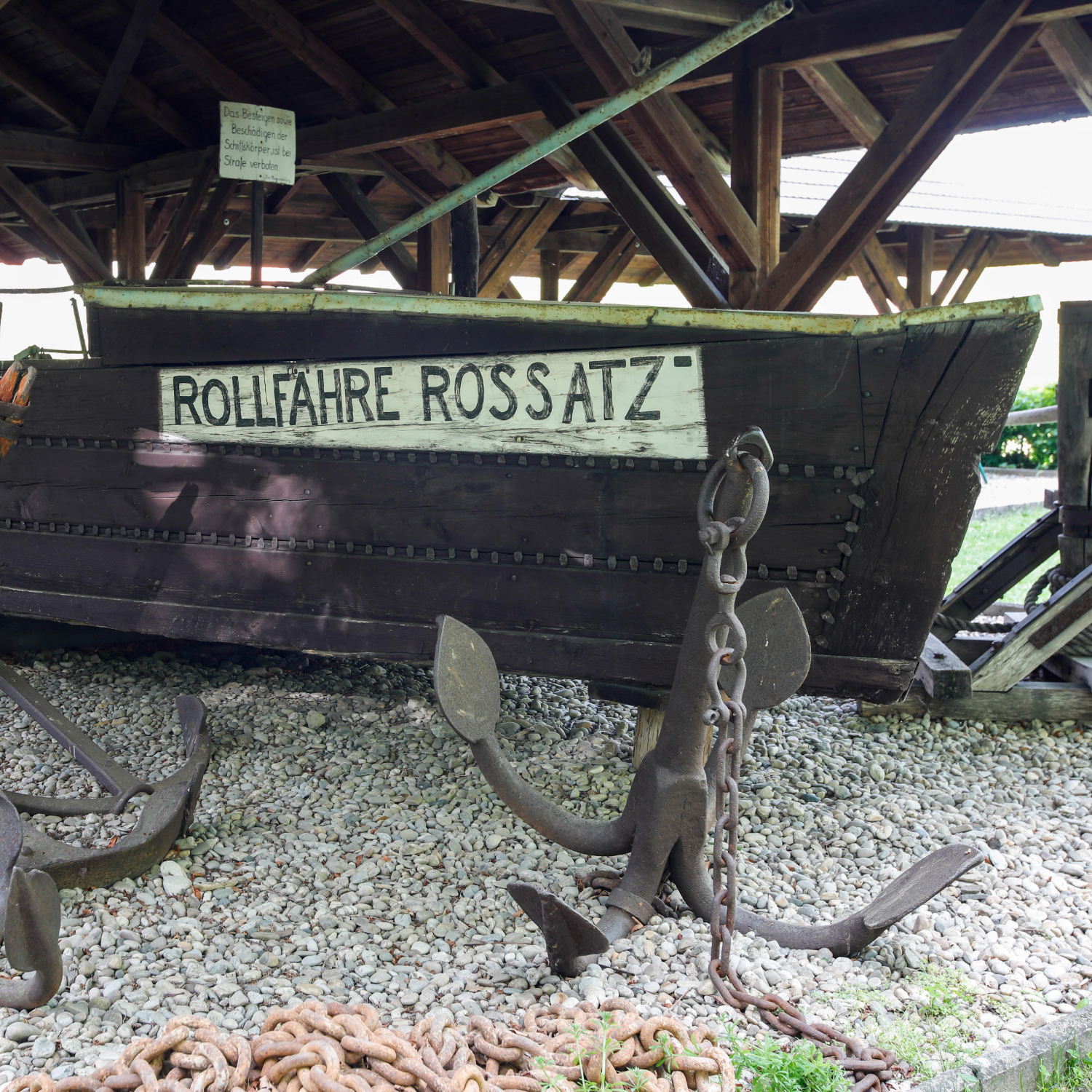 The last stop on our tour, the open-air area, is opposite the Spitz historical shipping Museum.

Here are some boats, buoys, anchors, or a cable winch - devices that, as in the case of buoys, were in use on the Danube until a few years ago.

The long barge that you can see on the left is the original reaction ferry that operated between Rossatz and Dürnstein until the 1970s. Reaction ferries usually do not have their own engine, but are pulled along a cable by the current from one riverbank to the other. Therefore, depending on the size of the ferry, you need a strong current.

When a large power plant was built near Altenwörth between 1973 and 1976, the strength of the Danube current decreased considerably due to the construction of the barrage even in Rossatz and Dürnstein, 30 kilometres upstream, and the reaction ferry could not be used anymore.

The former reaction ferry is a “Zille”, a transport barge, despite its relatively large stern, and the two boats to the right of it also belong to this type of boat. The larger of the two barges on the right is a private donation and represents the largest type of “Zille” that is still in use on the Danube today, the smaller boat is a fire brigade barge, which is also still used in this form.

The reason is that traditional wooden barges can be driven almost anywhere due to their minimal draft and, due to the construction material used, are much more robust than plastic boats.

We hope that you enjoyed our tour of the Spitz historical shipping Museum, and we end our short tour with a quote from museum founder Otto Meißinger, which comes from his 1975 book “The Historical Danube Shipping” and which you can also read in German on the back of the entrance door to the museum: “Today the art of shipping has disappeared. An epoch full of romance with its ship transports, captains and the whole community of shipmen has come to an end. "