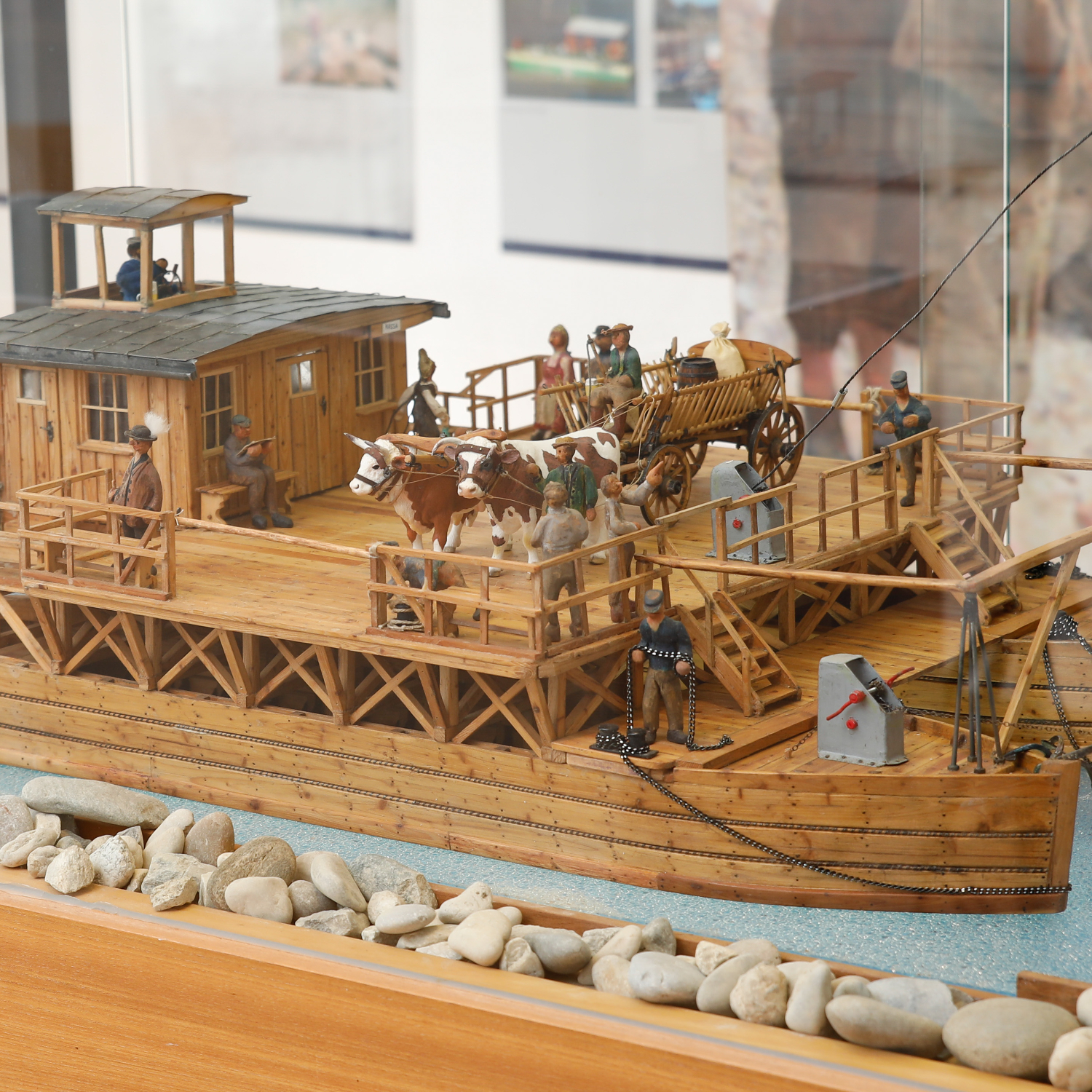 This station of our tour is dedicated to the Danube ferries.

The use of the Danube as a transport route along its course is obvious. However, it is often forgotten that the river also had to be crossed, which at times when there were hardly any bridges, and the Danube was not regulated was not without danger.

This room is dedicated to these crossings of the Danube, known as “Überfuhren” or “overpasses”.

Each small town had its own “transfer right”. These rights were often given to those in need who had no other means of earning a living.

In small places, simple barges were often sufficient for the crossings, with which one could transfer individuals and light goods. In larger places, correspondingly large transport barges were used, which were also able to transport complete wagons including horses.

You can see a wonderful example of such a ferry in the display case in the centre of the room. The model was built according to the original plans of the first so-called “Rollfähre”, a reaction ferry in Spitz. Reaction ferries had a caster that ran along a rope stretched across the river. These boats have no propulsion of their own. It is only the power of the current that takes it from one bank to the other.

The model of the Spitz “Rollfähre” is the last from the extensive oeuvre of our model maker Kurt Schäfer, who built all the models that you can admire in the Spitz historical shipping Museum. It is a perfect example of the meticulousness and love that Schäfer has devoted to the construction of his models.

The masterpiece from Schäfer's long career as a model maker and at the same time the showpiece of our exhibition can be admired in the next room.