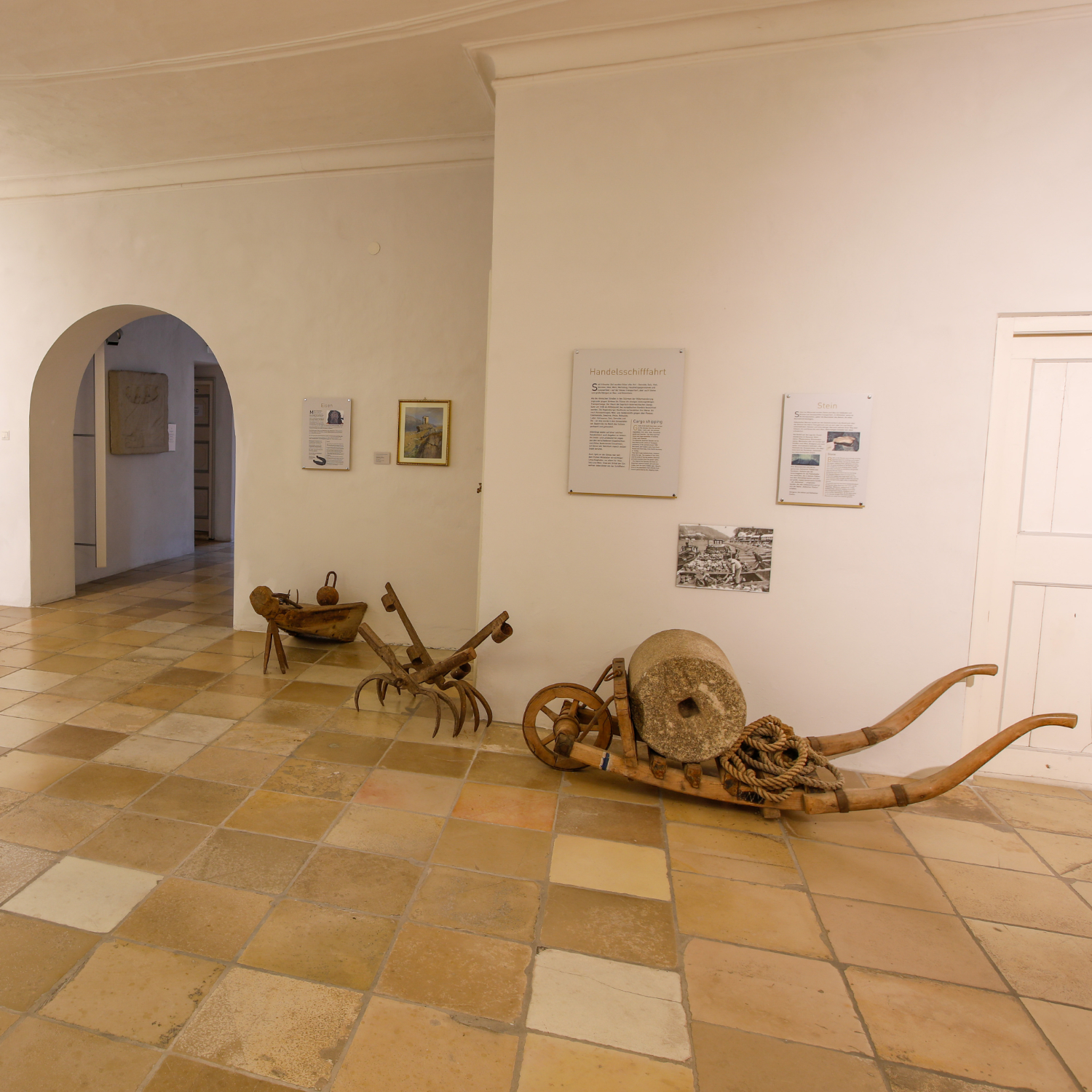 The Danube as a transport and production area

Goods have been transported on the Danube for thousands of years. The Danube flows through ten national states, through more than any other river on earth, and connects numerous economic and cultural areas. It is not by accident that wealthy and large cities have developed along its course.

For centuries, salt was the most important commodity, because at the time it was the only way to preserve food, especially meat. Salt was so valuable that trading with it in the Habsburg Empire was directly subordinate to the imperial family.

The privilege to trade in salt was only granted to places loyal to the emperor. Those fortunate enough to have it mostly enjoyed splendid economic development. In many of these places there are still buildings near the Danube that were specially built for the trade and storage of salt – the “Salzstadel”, the salt stores.

The importance of the salt trade is also underlined by the fact that there was a separate authority for the administration, the proverbial "Salzamt”, the “salt office". When the salt trade became increasingly less important due to industrial production, this authority gradually lost its importance.

A German saying that is still used today has developed from this: when you no longer want to be bothered by a person's repeated complaints and want to tell them to get rid of their displeasure somewhere else: “Beschwer’ dich doch beim Salzamt”, "Go complain to the salt office", i.e. to an authority, which no longer exists.

Another, often underestimated commodity was stone. Along the Danube there are numerous important buildings whose floor slabs or cladding found their way from the Bavarian region via the Danube to the east.

Anyone who walks in amazement through St. Stephen's Cathedral in Vienna is usually not even aware that the floor consists of so-called "Kelheimer Platten”, or “Kelheimer slabs". These stone slabs came from a quarry near the Bavarian town of Kelheim and, in all likelihood, were transported on the Danube to Vienna in a “Plätte”, a transport barge, also named "Kelheimer" after the Bavarian village.

Other important goods traded, were iron and wood. Most of the buildings along the Danube were constructed from timber that was brought in via the Danube. And the iron processing companies in the Alpine region had a perfect connection with the Danube to the large, downstream conurbations.

The Danube was not only used as a simple possibility for transporting things. For centuries the tremendous power of the current was used to drive large mills, the ship mills that are hardly known today.

There were two types of ship mills. In the left showcase in front of the next room you can see a ship mill as it was used in the upper reaches of the Danube up to around Vienna. Up to this point the current of the river was strong enough, even at the edge, and the relatively simply constructed mill could easily be attached to the bank.

The right model shows the ship mills used in the lower course of the Danube. They were anchored in the middle of the river, where the current was still strong enough, and were designed as solid houses because the mill crew lived and worked here. Necessary raw materials and supplies of food were brought in with barges.