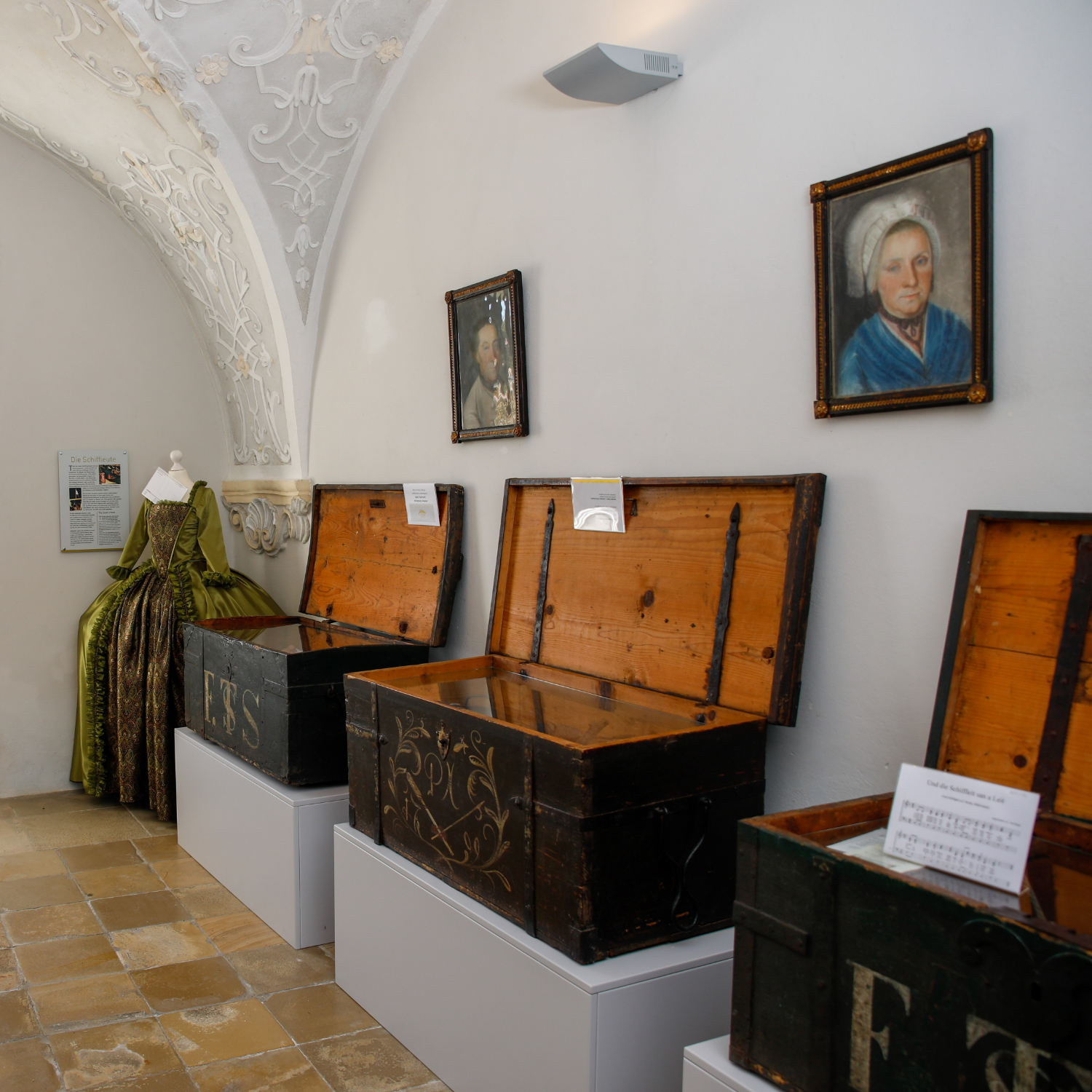 This room with high vaults and delicate stucco coverings is dedicated to the ship masters.

One of these ship masters was the legendary Matthias Feldmüller from Persenbeug. In the battle of Loiben and Dürnstein, in which Russian-Austrian troops inflicted one of the first defeats of Napoleon's army in 1805, he played a decisive role in the victory.

When the French army seized Feldmüller's ships for their own purposes, he gave his ship captains on the journey downstream, the so called "Nauführer", the instruction to run aground inconspicuously on any gravel bank possible.

They were not supposed to endanger their own lives, but should slow down the progress of the fleet considerably. The resulting delay in supplies and reinforcements was highly responsible for the defeat of the French. For this, the civilian Feldmüller was awarded a high military honour by the Austrian emperor, which was extremely unusual.

But that kind of fame and distinction was not representative of the circumstances of the average sailor's life.

How the shipmen described their lives themselves can be read from a saying of the time: „Dirndl heirat koan Schiffmann, heiratst in´d Not, host im Summa koan Monn und im Winter koa Brot.“ In English that means: “Young woman, don’t marry a sailor, because if you do, you won’t have a husband during summer and won’t have anything to eat during winter.”

The shipmen’s profession was socially respected, but ordinary sailors had an extremely dangerous job and earned little money. Sailors not only had to take an oath on their ship, but they were also non-swimmers. In fact, not being able to swim, which hardly anyone was able to do at the time, was a prerequisite for being accepted into the guild: a ship owner wanted to be sure that his crew would not jump off in a dangerous situation but would do everything to save the ship and its cargo.

From today's point of view, this admission criterion seems cynical and raises the question of why there were people who wanted to pursue this profession at all.

The answer lies in the social structure of the shipmen's guild. As one of the first guilds they maintained a network of social support services. If a sailor was killed while practicing his profession, which was not uncommon, the community looked after the bereaved and ensured that widows and orphans received a pension.

In the next room you will learn interesting details about the Danube as a transport and production area.