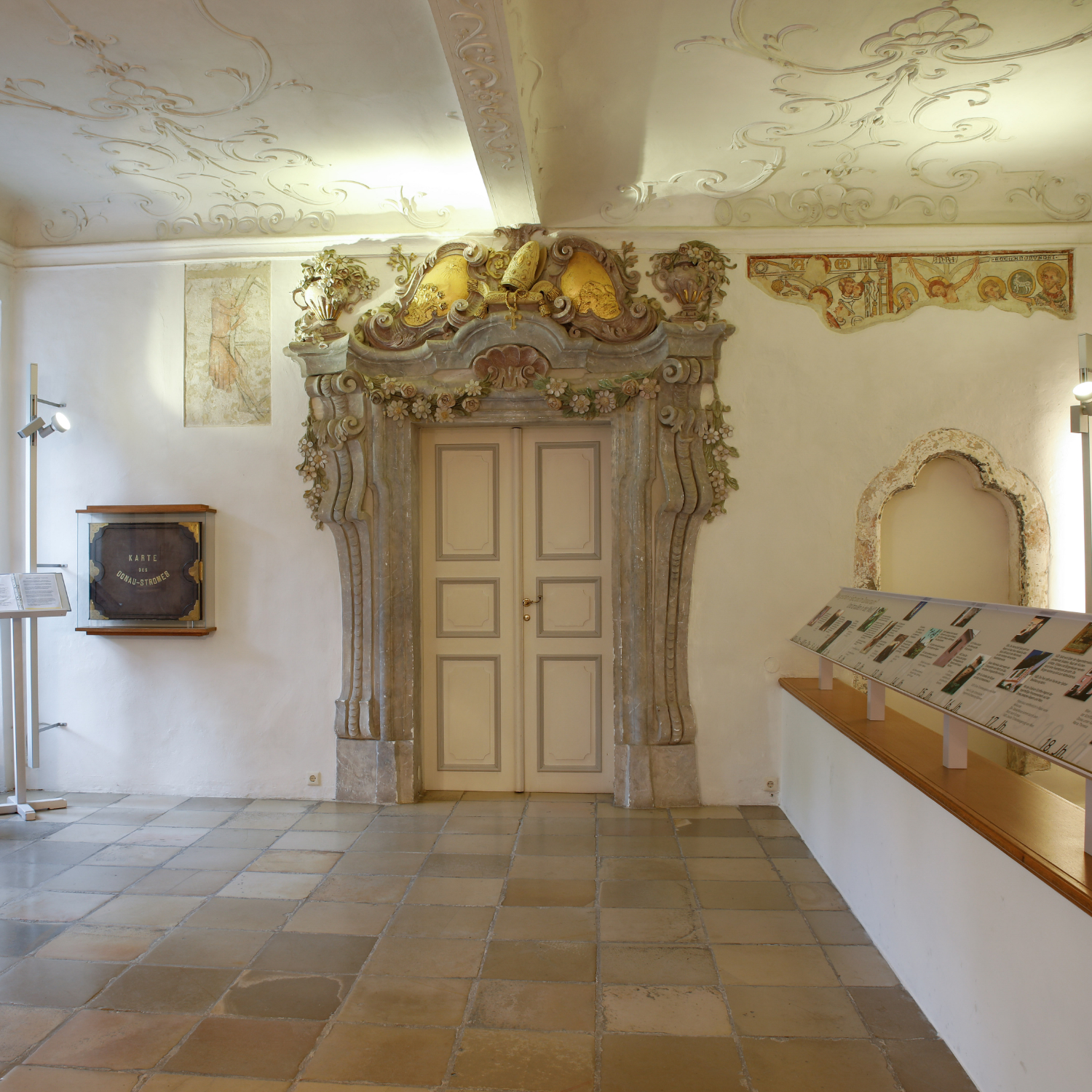 The Spitz Danube river shipping Museum is located in a traditional building, in the late baroque “Erlahof”. The original Erlahof, which already existed in the 11th century, was owned by the Erla free farmers, who sold the building complex to the Bavarian Niederalteich Monastery in the middle of the 13th century.

The Erlahof remained in the possession of Niederalteich until the monastery was secularized in 1803. The Erlahof was primarily used as a wine estate and as an administrative centre for the Bavarian monastery. And also, as the residence of the respective prelate during his visits in the Wachau.

That is probably also the reason for the sumptuous furnishings of the rooms on the upper floor. The Erlahof did not receive this until it was rebuilt in the baroque style during the 18th century, because in previous centuries the building had been seriously damaged: around 1620 imperial troops conquered the mostly Protestant village of Spitz, plundering and burning many buildings.

It is thanks to the energy and expertise of Abbot Joscio Hamberger that the Erlahof was not left to decay. Under his leadership, the Erlahof was converted and expanded into an 18th century baroque palace.

After the secularization of Niederalteich monastery in 1803, the Erlahof changed hands several times and was finally acquired in 1940 by the municipality of Spitz. The urgently needed, extensive renovation took place in the 1960s and the Spitz Danube river shipping Museum was finally opened in the Erlahof in 1970.

If you follow the staircase to the first floor, you can see some features of the original Gothic structure of the building.

In the course of restorations in the 1960s, remains of frescoes from the 14th century were uncovered near the stairs to the upper floor. Paintings that show motifs from a “Biblia Pauperum”, from a “Bible for the Poor”, from the 13th century.

Since few people could read in the Middle Ages, the history of the Bible was shown in the form of paintings. To the left of the portal, you can see fragments of a somewhat more recent painting depicting a “wheel of fortune”. The message is: “We are all subject to fate. Sometimes you're lucky enough to be at the top of the wheel, sometimes unlucky at the bottom. But mostly we're somewhere in the middle ... "

But some of the splendid Baroque decorations have been preserved: on the upper left of the portal that leads into the prelate's hall is the rose coat of arms of Abbot Joscio Hamberger, who was responsible for the baroque renovation.

Before you enter the prelate's hall through the portal, stop briefly at the two showcases. While the left showcase shows traditional Wachau gold bonnets, since 2008 the right showcase displays a historical sensation: the original guild trophy of the ship masters from Rossatz, made around 1690.

The last male name bearer of the Schlumberger von Goldeck family, Robert von Schlumberger, who died in 1984, had decreed that the trophy should go to the Rossatz community after the death of his wife Viktoria. Rumor has it that those responsible in Rossatz initially didn't even know what an immeasurably valuable piece they had received.

Now go through the magnificent portal into the richly decorated prelate's hall, the next stop on our tour.