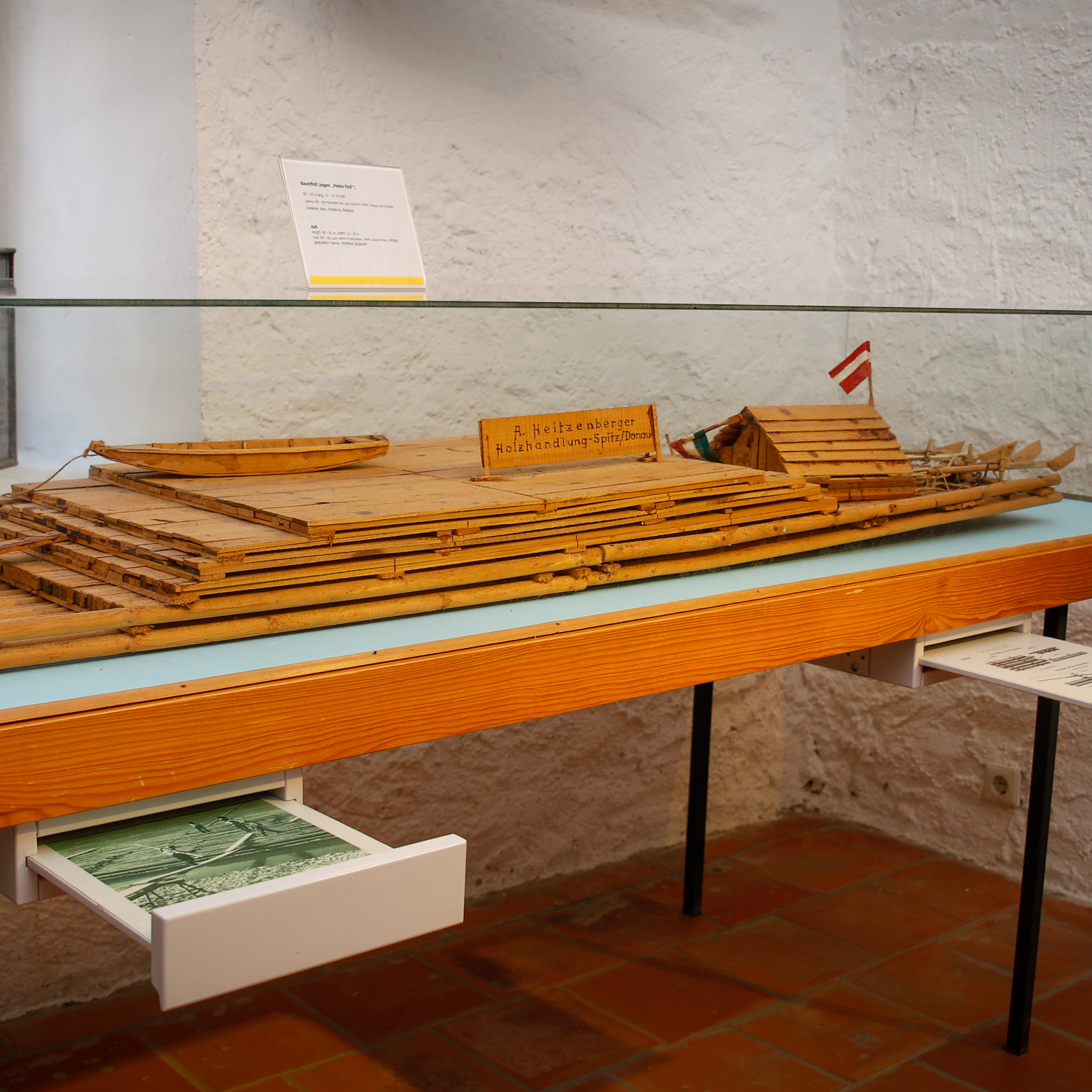 A separate segment of traditional timber shipping on the Danube was rafting.

The main purpose of rafting was the transport of wood from the wooded areas along the Danube and its alpine tributaries downstream. This type of timber transport was practiced until the 1950s, when there were no power plants and barrages along the Danube. And so the rafting existed a good deal longer than the traditional wooden ships, which had been replaced decades earlier by the use of steamboats.

The raftsmen were also their own guild. Traveling on a raft on the unregulated Danube was a relatively safe undertaking compared to transporting loads with barges. It was different on the wild waters of the Enns or the Inn, as the video in the showcase clearly shows.

Since rafts for the wild water-bearing rivers had to be flexible and pliable, the trunks were connected with hazel or willow branches. The model on the right-hand side on the floor shows how this was done.

On the other hand, rafts for the more leisurely part of the Danube could be built larger and more massive. As can be seen in the model in the showcase, the trunks were simply nailed together with long cross-trunks and could be up to 60 meters long and 15 meters wide.

The huge cargo rafts had long rudders at both ends, so-called "Danube trees", and sailed the Danube with crews of up to 20 to 30 men downstream to Budapest. The cargo was always made of wood, the rafts were dismantled at the destination and sold as wood for fire and construction.