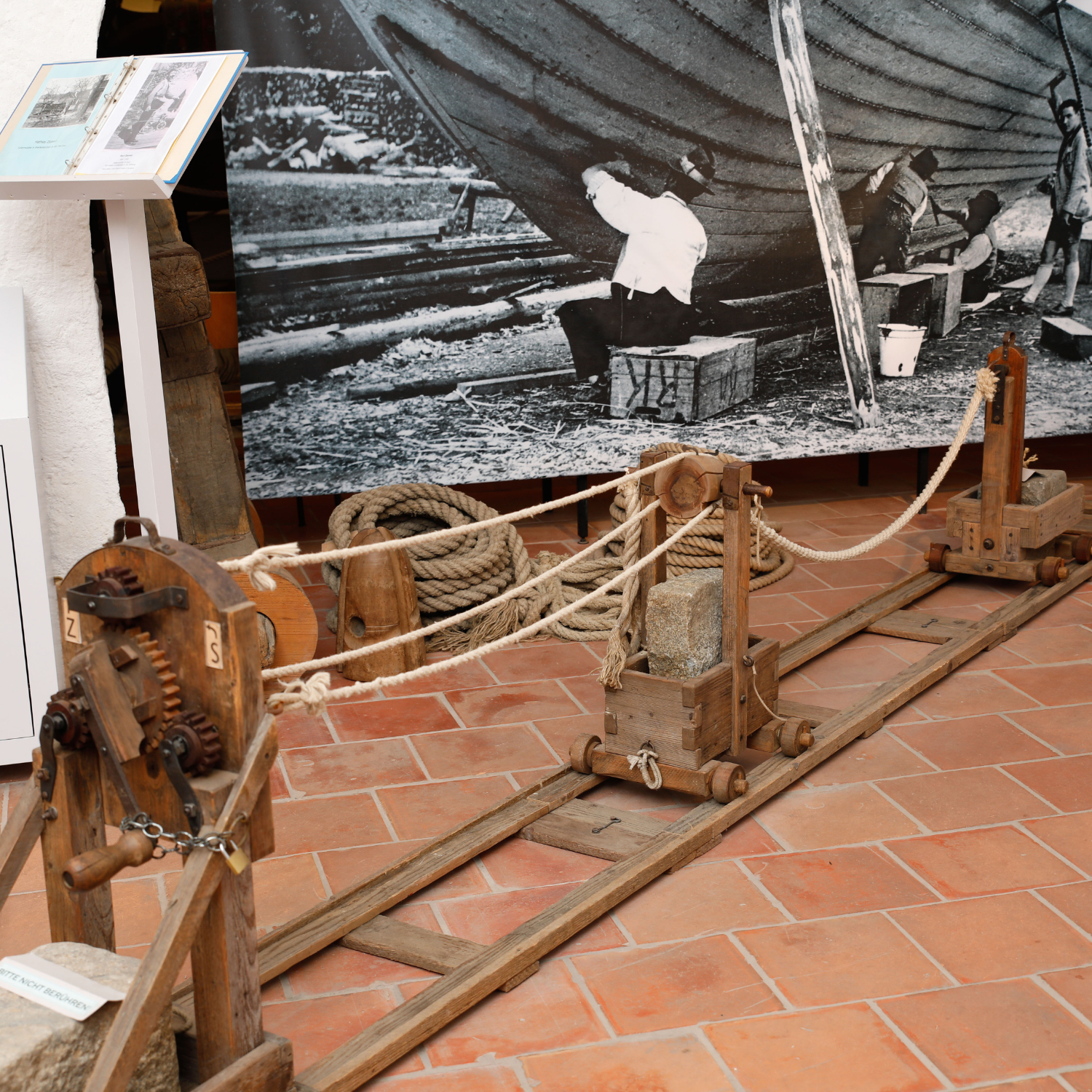 No boat trip without ropes

The next stop on our tour is right in front of the large picture of the “Schopperplatz”. This stop is dedicated to one of the most important elements of shipping - the ropes.

Shipping is still unthinkable without ropes, but in former days ropes used to be of enormous importance, especially when it was about ship transports against the current. It is not surprising that rope making played a particularly important role and that the guild of rope makers had a high social status.

The manufacturing of strong pull ropes was complicated and time-consuming, the finished product was correspondingly valuable and the rope makers as manufacturers were therefore relatively wealthy compared to other craftsmen.

On the wall you can see a piece of a main rope that was used to pull a ship transport upstream. These ropes were made from hemp and were up to 60 meters long. The strongest type of such a rope was a so-called 24-rope, consisting of 720 threads, bundled into 24 strands of 30 threads each.

Since the ropes, along with the cargo, usually represented the most valuable freight of the ships, there was an own staff who took care of the maintenance and use of the ropes in special boats, the "Seilzillen” or “rope barges". And that required strength and experience, because once soaked with water, the ropes were enormously heavy!

The former high social status of the art of manufacturing ropes can still be recognized today by some names. The famous Hamburg “Reeperbahn” originally referred to nothing more than a special machine for rope production.

You can see such a “Reeperbahn” in front of the large picture of the "Schopperplatz". With it, three thinner ropes were twisted into one thicker one, until the desired strength of the main pulling rope was reached. The Reeperbahn on display is intended for thinner ropes; you can see a rope sledge for the strongest ropes on the wall at the back.