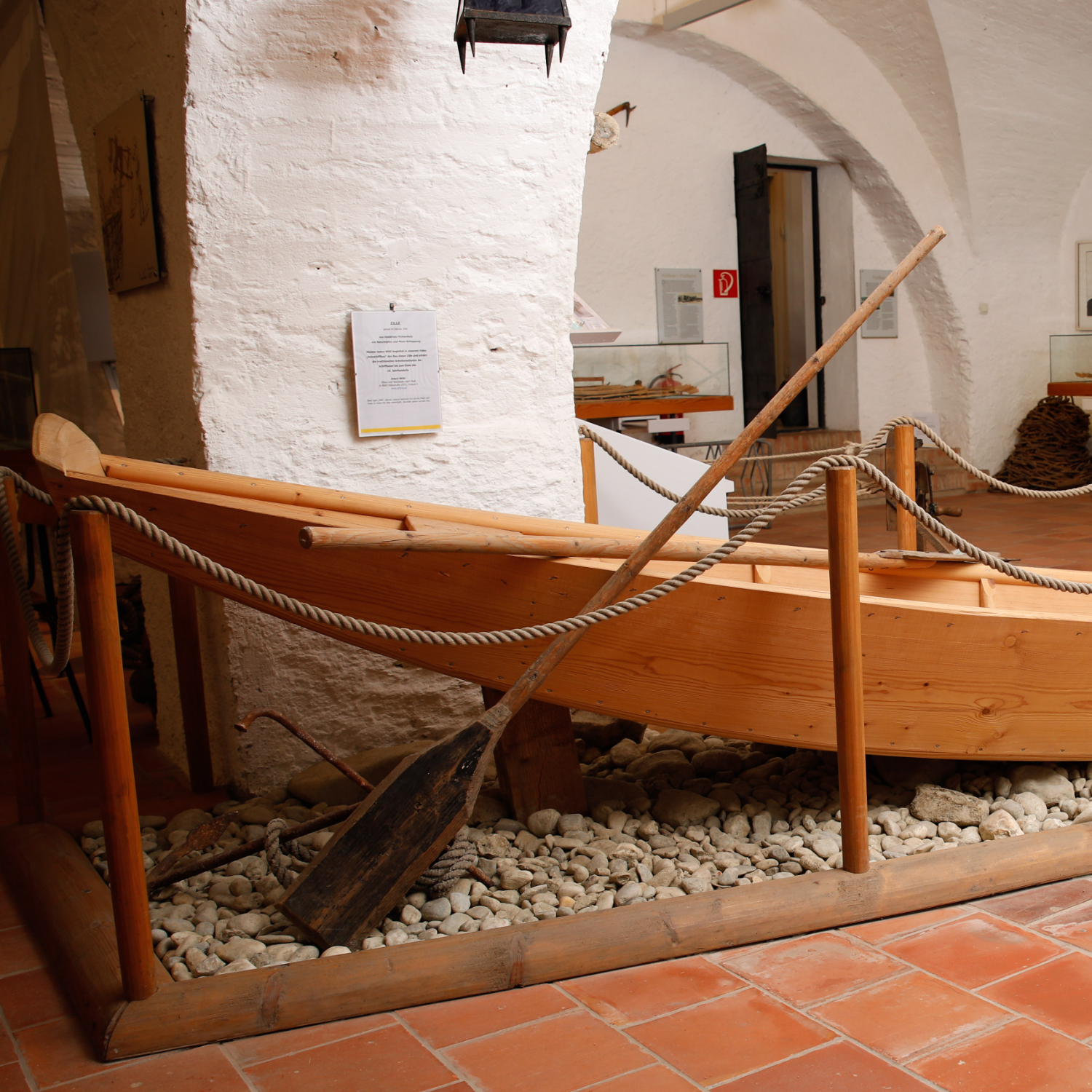 How to construct a “Zille”

The next room is dedicated to the technology of barge construction, the centuries old art of building a “Zille”. On the left you can see an original “Zille” as it is still used today by the fire brigade during floods.

The “Zille” belongs to the large group of ships known as “Kaffenkähne”. “Kaffe” is the name given to the ends of the boats that are curved upwards and converge above the waterline.

“Zillen” are built flat so that they do not run aground even in shallow waters despite being heavily loaded. The shape of the Zille has probably been known for thousands of years, a picture of this type of boat can be found on the Roman Trajan's Column. The manoeuvre of Emperor Trajan against the Dacians also took place along the Danube and “Zillen” were apparently already used by the ancient Romans not only for transport, but also as a base for floating bridges, so-called "pontoon bridges".

Many different tools were and are needed to build a “Zille”. These can be seen in detail in the two showcases on the right. In the right showcase there are devices and tools for woodworking, including pliers, drills, knives and a bevel.

The left showcase is dedicated to sealing the boat planks, the so-called "Schoppen". For this purpose, planks were first planed off in a wedge shape, then a wooden strip was placed in the space in between. This was then covered with moistened moss and a second bar laid over the moss, which was fixed with cleat nails. Then the barge was put into the water and the swelling moss made the boat absolutely waterproof.

Another detail worth mentioning is the so-called “Kipfen”. These are the elements in the boat to which the outer planks are attached. They used to consist of a piece of wood with a natural curve. For this purpose, simply the lower ends of a tree with the roots were used. The model on the wall between the two tool showcases impressively shows how this was done.

Back to the activity of "Schoppen". The large picture on the other side of the room gives a good impression of the "Schopper” work of yesteryear. The photo was taken from the so-called "Schopperplatz", the “former Schopper” ground in Spitz, which is still called that way today. Here the barges were jacked up over the winter, cleaned and, if necessary, provided with new planks and new moss.