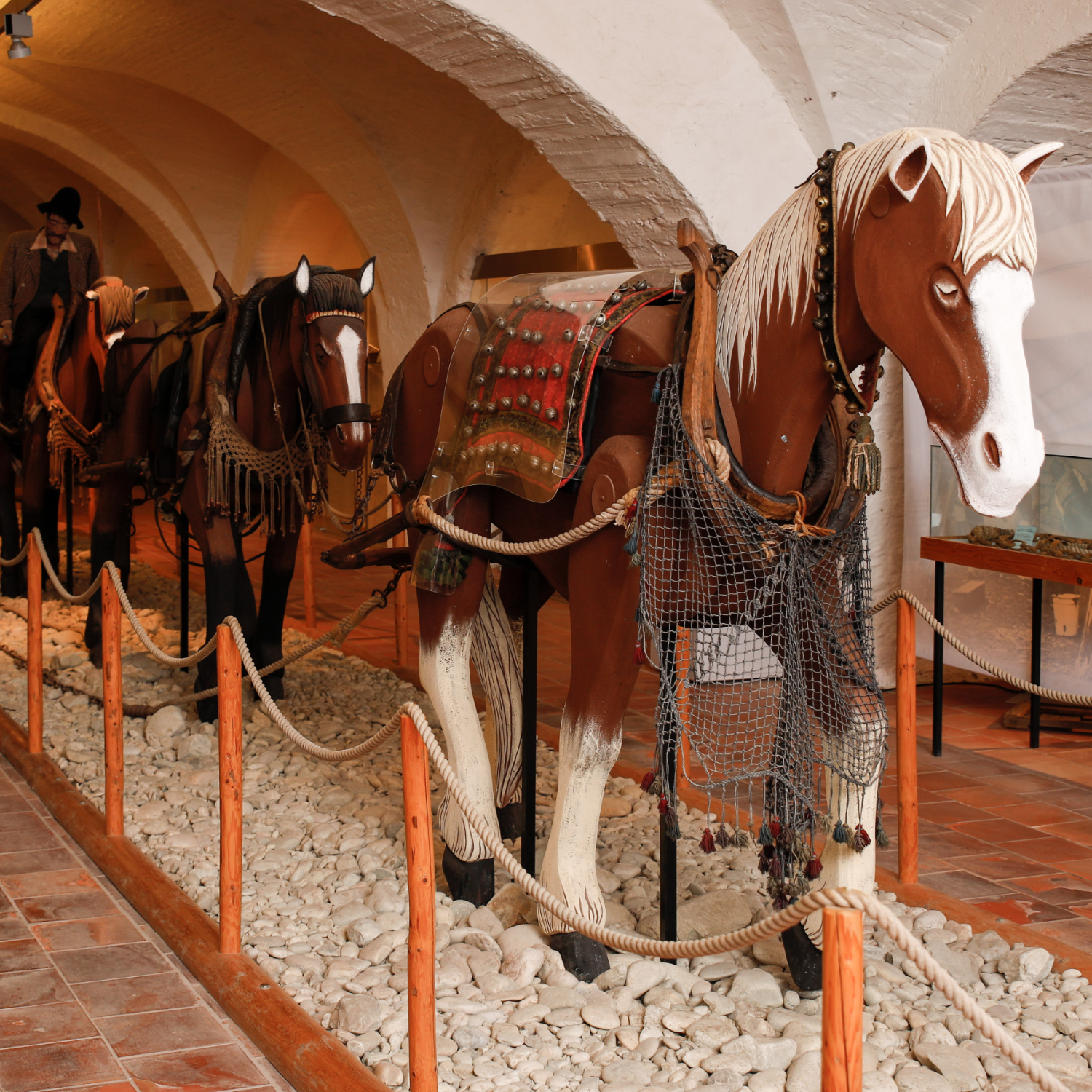 Up to 60 horses were used on a ship transport upstream, and their performance and precise interaction decided the success or failure of the undertaking. And they had to be able to do a lot more than just pull ships.

Only robust, strong cold-blooded horses such as Noriker or Pinzgauer were used. And only stallions, because mares sometimes aggressively fight their gender-specific rank battles and thus could have endangered the fragile structure of a ship transport.

There were farmers along the route who were contractually obliged to look after the horses in the morning and in the evening or to exchange them if necessary.

In addition, the stallions were specially trained., because they also had to be able to jump into a boat to be transported from one bank of the river to the other. A special challenge for a horse! In the exhibition you will find pictures on which such a transport is impressively captured.

Place names are still reminiscent of the ships' horses and their transport to the other bank. Opposite the famous village of Dürnstein there is the village of Rossatz. Rossatz was the place where the horses were crossed, as the path on the Dürnstein side was blocked by impassable rock formations.

And on the north bank shortly after Dürnstein there is the so-called "Watstein", because here, under the best conditions, you could wade along the rock through the river.

Also note the horse models in the middle of the room with the original harness. How it was connected to the pulling rope is described in detail on the display board on one of the horse models.

And on this model, there is also a so-called "shell saddle". The first horse in the train wore such a saddle, because the bells, in addition to the horses' hoofbeats, drew attention to the approaching ship transport.